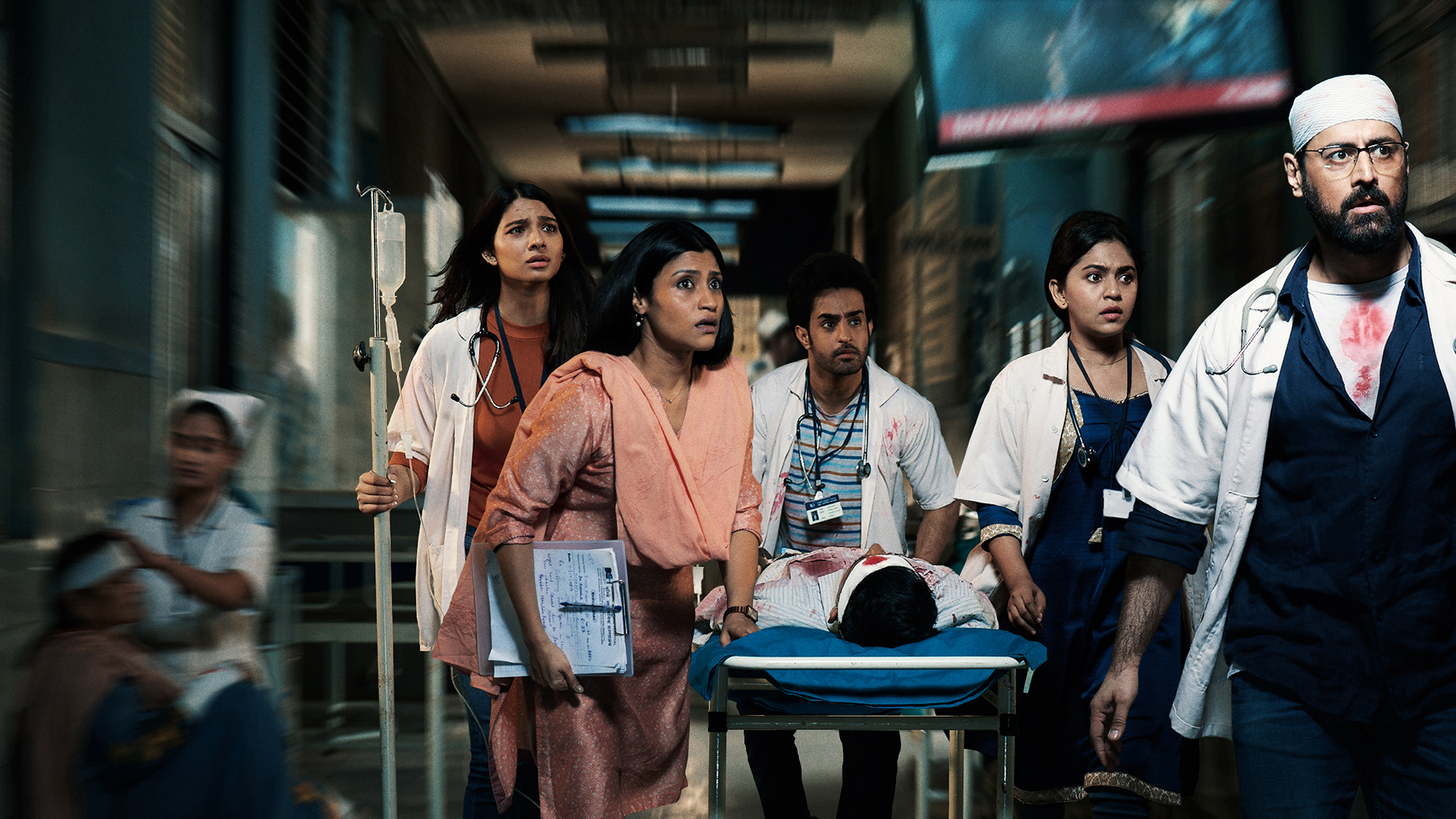 When tragedy strikes, you are thrown into a state of shock. Your mouth dries up, your brain stops functioning, your limbs tremble and all you can think of is whether to fight or to take flight. The same was the situation in our country in November 2008. Gripped by the fear of terrorists ravaging the peace of our mind and bringing destruction to everything we held dear, Mumbai sang such an epic and twisted song and bravery etched into droplets of fear that it brought shivers to the whole world.

And Amazon Prime’s series ‘Mumbai Diaries’ recounted that night of horror when the world went still as the city of stars and its life crumbled to dust. Released on 9 September 2021 (we are surprised they didn’t decide to release it on 26 November though! They had the perfect opportunity to turn it poetic.) this series took everyone by surprise and brought back memories that, no matter how much we want to forget, are still burned into our minds like charcoal over a hot furnace, releasing toxic fumes.

The terror strike that shook the whole nation that fateful night was told yet again but this time we were greeted by a bunch of brave doctors and the trials they faced on that day. But now that the shock of its first season’s release is over, we are desperate to know more about the next one. Is it happening or not? Will Amazon Prime bring back the flashbacks again? We will talk all about that today!

It’s a rare thing for us to get a positive answer to asking such a question, and it seems like the Gods of Cinema are still determined to leave us hanging and disappointed! YET. AGAIN. Because there has been no news regarding the release date for the second season of Mumbai Diaries. It’s been almost a year since the first series was released so people are dying to know all the deets about Season 2.

But, its no use, guys! Amazon Prime is being stubborn as usual and making us wait an unfair amount of time for another dose of trauma and terror, which, in all decency, we shouldn’t crave for. But, hey, the heart wants what it wants, right? So, let’s pool all our wishes together and pray for a swift release of the second season of Mumbai Diaries!

MUST-READ| Love After Lockup Season 5 Release Date Is Not Announced Yet!

What happened in that unfortunate hospital?

It’s hard to capture such an event as the 26/11 attacks. How do you envision the horrors accurately? Because no matter how much you try to, the real thing is always much, much worse because unlike in a show, the people shot and killed will never get up to see another sunrise again.

And yet, despite this stance on the whole thing, we were pleasantly surprised by the show’s ability to manage the gruesome reality of the terror attack and present it as honestly, blood and spit and all.
The show began with a few trainee doctors performing surgery in the emergency room because of a lack of availability in the operation theatres. They got thrashed by their seniors and our attention was turned toward the personal stories of the likes of Konkona Sen’s character.

The emotional and mental depth that the show tried to impart to its characters was truly remarkable. And even the bullfights they seemed to have were music to our ears because that stuff was normal. Much, much normal as compared to what lay in store for them. It’s the contrast that did it for us.

On the one hand, you have an abused divorcee and a troubled person, some trainees who thought their seniors were the worst beings on the planet for not realizing the need to bend the rules a little where there is a need to. On the other, a reality much harsher and much more difficult to stomach was budding and taking form just hours away.

And when they were forced to face the true enemy in the eye, it was amazing how everyone pulled together to stand up and fight when they needed to.

Mumbai Diaries is a lesson in bravery and a reminder of a past that can never be erased. It can neither be forgotten nor forgiven. All we can try to do is carry on, praying for the well-being of the families who endured that trauma and for whom, life became more difficult than we can ever fathom. Probably for generations to come.

And this tribute to their bravery and courage is not only welcome but also necessary. Not to pick at old wounds but the younger generations need to be reminded of the horror that encapsulated the whole country a decade ago and how pure hatred tried to claim one over us. They couldn’t, though. They lost. We won. And that’s the message we need to remember again and again. That as long as there are people fighting for their country with such zeal and determination as the heroes of 26/11 did, we will never be lost.