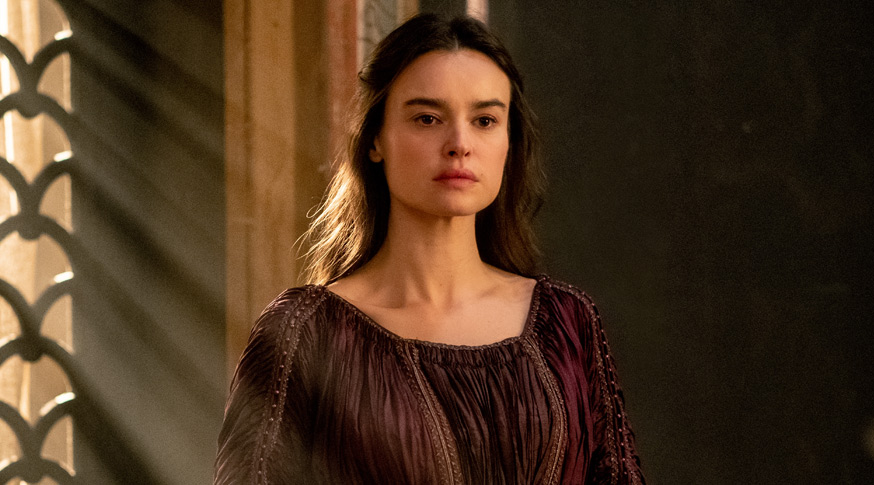 A historic drama with a powerful female lead and a story showing from the female point of view is a rare thing to watch. Domina is such a series. It is a historical drama that took place during one of the most rumored periods in Roman history. The tales of that period are something that the audience would love to watch.

Domina is created and written by Simon Burke. The directors of the series are David Evans, Claire McCarthy, and Debs Paterson. The producers are Carmel Maloney and John Philips. The cinematography of Domina is done by Ben Wheeler, Denson Baker, Tim Fleming, and Nicola Daley.

Season 1 has a total of 8 episodes and the running time of each episode is approximately 44-55 minutes. All the episodes of season one of the series were released on May 14, 2021. In the UK, the series premiered on Epix. Domina has an overall rating of 7.1 out of 10 on IMDb with 85% of people liking the show on Google. Rotten Tomatoes gave a rating of 78% to the series based on 9 reviews.

The makers have confirmed that there will be another season of Domina. Season 2 of the series will be the continuation of season one. They might show if the truth behind Marcellus’ death will be known by all or not. Livia’s struggle for control of the Roman Empire will be shown.

The plot of the series revolves around the main lead Livia Drusilla. The series gave us a view of the politics of Ancient Rome. Season one shows Livia’s difficulties in preserving her marriage, saving the throne for one of her kids, and regaining everything that was once hers. In the first season, we can witness a naïve girl turning into a strong independent woman with a very strong perspective.

Is Domina Based On True Story?

All the casts mentioned except a few are all based on real-life characters. In the series, their stories are also not very diluted from the original story.

The main cast of the series will remain the same. There can be some addition to the cast as per the requirements of the script.

The trailer for season two of Domina hasn’t been released yet. So, you can’t watch it anywhere now.

Where To Watch Domina Season 2 Online?

Season two of Domina has not been released yet so, you can’t watch it anywhere as of now.

Season one of the series is available on online streaming sites like Amazon Prime and Epix. You can watch the series on the above sites if you have a subscription to the Epix site.

ALSO READ|| Is There A Confirmation For The Nevers Part 2 Release Date?