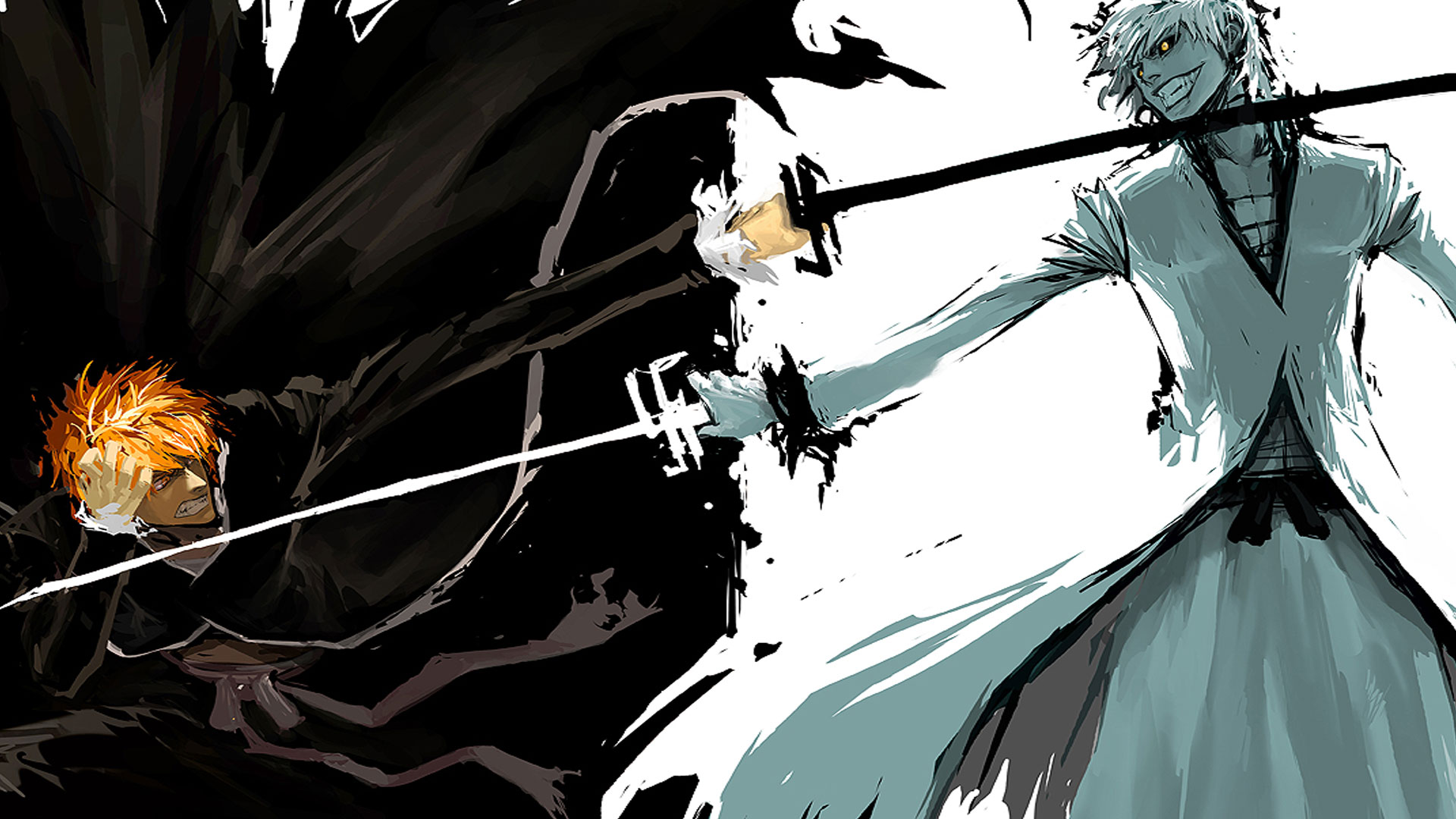 What exactly is Bleach? Bleach is an anime that unlike other animes does not have an intricate timeline, but it is quite open-ended and confusing which leaves viewers in bamboozlement. This show is one of the “Big Three” Shonen (a category of Japanese comic books as well as animated films sought mainly at a youthful male audience, generally characterized by action-filled fields)anime, adjoining to One Piece and Naruto is at times cited to be like two peas in a pod.

Who isn’t a fan of anime? Anime from being mere depictions in an animated manner has paved the way to be a proper genre watched by millions of people, adults or kids. At times it has been observed that anime has been made just for adults, which clearly showcases anime is not the cartoon that most people have the perception. The Otaku of the anime is definitely going to love Bleach. Japan has brought in this revolution of anime in the recent few years, with different kinds of storylines along with driving the limits of the situations and scenarios with distinct characters.

Coming back to Bleach, few reviews have stated distinct resemblances in regards to a few action scenarios and the kind of animation but what makes it different is its storyline, which sets it apart. This unique storyline makes one fall in love with bleach and cannot stop watching it until the succeeding episode or a movie. Bleach tv series and movies are based on the Bleach manga which was authored by  Tite Kubo well what success has it even amassed? This series has been one of the main path-breakers leading to the liking of anime around the globe and is quite a prominent part of the anime world. A die-hard anime fan must watch this series and get engulfed in it.

Looking into this whole series of Bleach, the main plotline revolves around our main character Ichigo Kurosaki, who is a high school student who owing to circumstances evolves into a  Substitute Shinigami aka Soul Reaper. The basic purpose of her is to save the whole world along with the society of Souls. He himself cannot do this whole task, thereby we can see it happening by overcoming several obstacles along with his friends and acquaintances which is divided into a number of series and movies.

To date, there have been 16 seasons released of The Bleach TV series, with it being already renewed for the 17th one along with having a total of four prominent movies and countless video games. You can clearly see how much of an achievement this is! Also, as with any popular movie or series, even this anime series’ merchandise is quite popular and purchased worldwide. In the span of sixteen seasons, Bleach has reported has a total of 366 episodes. A true anime fan knows that 366 is not a huge number, cuz these series are so engaging one cannot comprehend where time passes by! Compared to Naruto’s 600-plus episodes, Bleach’s episodes seem so less!  These countless episodes for sure would take up a lot of your time but it is worth it. The whole watching experience is so exciting, one will never be bored during it.

Even though anime has too many episodes compared to other series, the way they form the character, character development, quirkiness, their habits everything keeps the audience engaged as if they themselves are in this world. The anime makers have many creative ways to keep the audience interested in their series. In case one hasn’t watched Bleach, what are you waiting for? At least before the release of Thousand-Year Blood War Arc, catch up with the remaining episodes otherwise staying away from spoilers is not going to be easy.

Now, wondering how to watch bleach and whether it is necessary to watch it in a chronological manner.

READ MORE: How To Watch Dragon Ball In Order? Here’s The Answer!

Also, for those who are wondering if they can skip out on this order, we would prefer if you do not as all of the Bleach series are interconnected and linked to each other. They might not understand if they skip out. The finest way to watch Bleach, especially for the core anime series of Bleach, an individual must watch it in order. In the case of the filler seasons or non-canon ( basically spin-off series etc), you can watch it in whichever way you prefer. It necessarily won’t be related to the original plot, thereby you wouldn’t be left confused.

This is the onset of the one of most popular anime, which spans about the first five seasons and approximately half of the sixth one. Also, as it is the commencement of the series, definitely this particular set of seasons is important or rather canon thereby one needs to watch it properly. So the series begins with one of our main characters namely Ishida along with a bunch of people namely Bounts. Bounts are basically things like vampires.

Also, this is a series which numerous story arcs and plotlines. It just does not have a single main character. We can see one of the prominent characters namely Ichigo Kurosaki who is a high school student is placed as the Substitute Soul Reaper in the Soul Society which is called the Shinigami. His main motive is to save Rukia Kuchiki who in turn was protecting Ichigo. Along with this, we can the commencement of the Arrancar saga. This saga was triggered due to Aizen’s revolt. One would thoroughly enjoy these seasons.

Now in midst of the episode, the movie of Bleach was released. This plot begins with the successful return of  Ichigo Kurosaki along with Rukia Kuchiki to the human world. But things are not so easy as they get pounded upon. This whole movie is based In Karakura Town. With this whole attack, this duo meets upon Senna, one other shinigami who saves them. The questions and mysteries regarding Senna make up the whole movie. There is danger in both worlds, with just some time with them to stop anything bad from happening.

This series, of mere seven episodes, complete the plots left in the sixth season. Here, the plot is based on the revolt between the Shinigami in opposition to the uprising of Arranca. This small bundle paves way for two more movies, that need to be watched before jumping off to the 126th episode.

READ MORE: The Lord Of The Rings Watch Order!

Now comes part 2 of The Bleach series movie, where the character Tōshirō Hitsugaya introduced in the first movie is on focus. This movie begins with the robbery of an object which was quite valuable and Tōshirō Hitsugaya along with Shigekuni Genryūsai Yamamoto were accused. We can also see Ichigo feels let down. Other characters in this movie are Soifon, Renji Abarai, Rukia Kuchiki, and Shunsui Kyoraku who have prominent parts.  This movie revolves around Hitsugaya being proven not guilty as well as other plots.

Now comes our third movie of The Bleach, where the Soul Society is embarked upon a weird liquid substance that results in Rukia being wiped away from everyone’s memory. There has been a large explosion right in the middle of the town. The whole plot revolves in gaining insights into the whole event with damage control by Urahaha. Even Rukia has memory loss and we can see exciting events unfold. Ichigo is also the main character in this movie.

Now we can return to the episodes which is the biggest batch of episodes in the proper order. We can see the continuation of the Arrancar saga. Here, these seasons are among the best ones with few episodes with different plotlines. We can see different character arcs, thereby enjoying it thoroughly.

READ MORE: Deku Vs Shigaraki: Who Won The Fight In My Hero Academia?

This is to date the last installment of The Bleach series movie, where we can see the talk between Ichigo and  Ulquiorra Schiffer. The film begins with the kidnap of the Yuzu whose life is in danger. She will be returned to her brother Ichigo if the demands are fulfilled ad as expected these sinners ask for some impossible and gruesome things. We can see him rescuing his sister throughout the movie. Ichigo is also seen with Renji, Rukia, and Urgo, who helped him at every moment.

This is the last set of episodes, comprising 66 episodes that complete the whole era of Arrancar. There are filler seasons in between too and we can also see Ichigo being powerful again. We might get to see more on it, let’s see as there hasn’t been a proper announcement yet.

Where to watch The Bleach anime series and movies?

One can catch up with the whole Bleach order on Hulu and Crunchyroll. Enjoy and stay tuned with us for updates.

READ MORE: Will Midoriya And Uraraka Get Together?