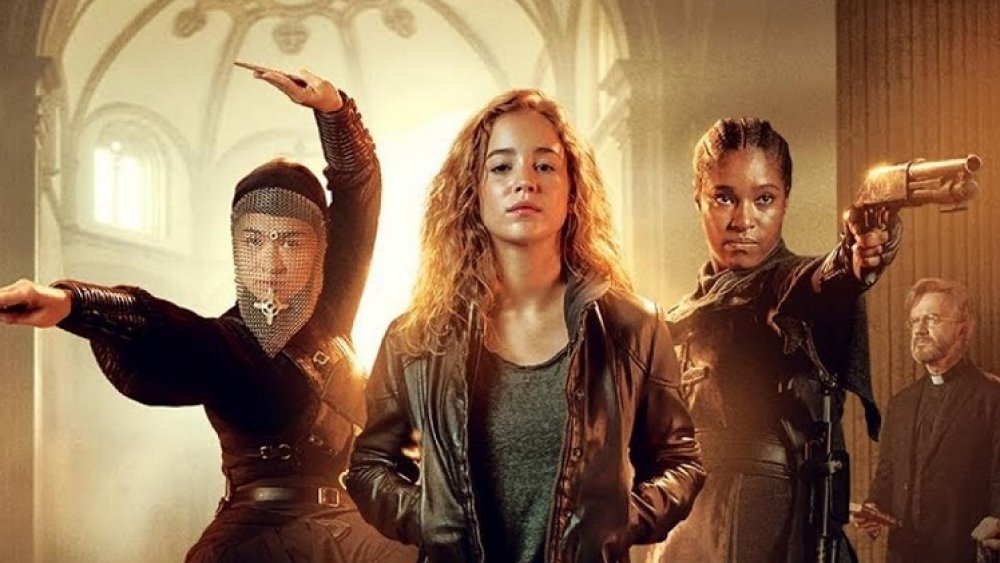 Warrior Nun is a well-known American television series. It follows multiple genres like Fantasy, Drama, Supernatural, Occult detective, and Superhero. The storyline of the said series is based on a manga-style American comic book character named Warrior Nun Areala, created by Ben Dunn and published by Antarctic Press, which first appeared in Ninja High School #37 way back in the March of 1993.

The show was appreciated by many and was given a rating of 68% on Rotten Tomatoes, a 6.9/10 by IMDb, a 7/10 by IGN, and 4.1/5 by the audience via an audience rating summary. Rotten Tomatoes commented that Warrior Nun is an absolute hidden gem that failed to get enough media attention. It was commented that the show has a great storyline, an awesome pace, great actors, and appreciable direction.

If there were to be a 3rd season for the said series it will most probably have the same cast as the first two seasons with just a couple of character addition if at all necessary to make the plot even more worthwhile.

The story basically revolves around a 19-year-old Nun named Ava Silva played by Alba Baptista. Multiple other characters who are involved in the series would be William Miller who plays Adriel, Sister Beatrice played by Kristina Tonteri-Young, and Tristan Ulloa who plays the role of Father Vincent.

Then we have Shotgun Mary played by Toya Turner, Emilio Sakraya who plays the role of J-C, Sister Lilith played by Lorena Andrea, Sister Camila played by Olivia Delcan, and Mother Superion whose role is played by Sylvia De Fanti.

The cast of the series was well appreciated for their portrayal of their allotted characters. The series has a much lengthier cast list but, the above-mentioned cast is the ones around whom the story basically sets itself.

MUST READ || Is The OA Season 3 Release Date Arriving?

If there were to be a 3rd season for the series it would probably be revolving around the same base story as the prior 2 seasons with Ava Silvia being the center of it all.

The story begins with an orphaned 19-year-old Nun who wakes up in a morgue after her death and realizes she now has the powers which are termed as the powers given to the chosen Halo Bearers who work under a secret section of demon-hunting nuns who protect the vast majority from the evil their world has to offer.

The first season ends with Adriel being a demon rather than the one considered an angel and Mary being attacked by common people who are currently possessed by the wraith demons who were summoned by Adriel. The 2nd season still has countable days before its release date so we actually do not really know how it could end. The ending of the 2nd season would be what decides about there being another season for the series.

Since there has been no official announcement about there being a 3rd season for the Warrior nun series there is no official trailer for the same. But you can watch the trailer for the first 2 seasons of the said series online either on YouTube or on Netflix.

If there were to be a 3rd season for the series, it will probably be released on Netflix following the lead of the priorly released seasons.

If the basic storyline of the series has managed to pique your interest and are confused about beginning the series even after watching the trailer. Here is a push for you to begin the series, only one season of the series has been released yet and it only has 10 episodes.

Now, is the time for you to binge-watch the 1st season as the 2nd season still has a few days before its release, basically meaning you will be all caught up for the 3rd season if there were to be one.

MUST READ || Carnival Row Season 2 Release Date Will Be Soon On The Floors!