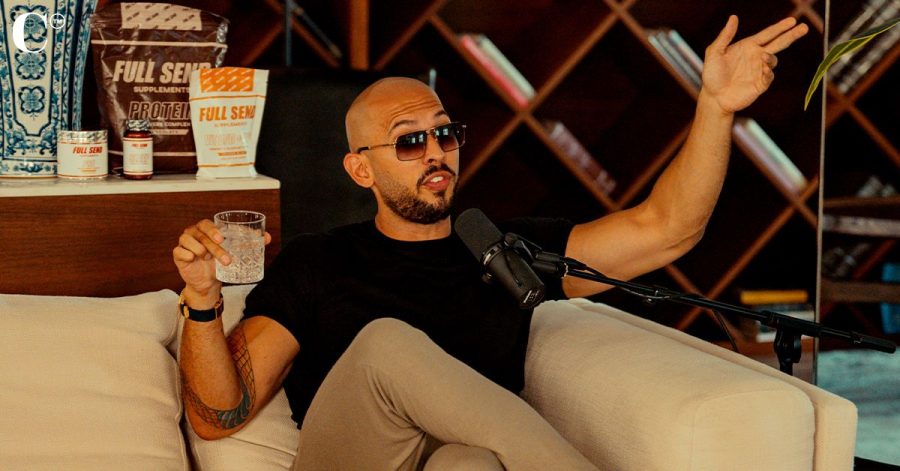 His career was very bright and full of success. He is having multiple sources of earnings, including a WebCam Business, he also earns through Casino Business, Hustlers University, and The War Room. To know about his income, net worth, and more about his life, let us dig deep into this article!

Andrew’s assets are worth millions including a collection of luxurious cars including the Porsche 911, Mercedes Benz, Range Rover BMW, and the list goes on and lavish mansions, he also owns a private jet. Currently, he is living in his lavish home in Bucharest. For knowing more about his life and how he succeeded in his life, you have to read the article further.

MUST READ: Bader Shammas Net Worth: Is He Multi-Millionaire?

The famous personality was born on December 14, 1986. He holds British as well as American residency as he was born in Chicago, then his family shifted to Luton in England and he was raised in England. He is multiracial because his father, EmoryTate is an African-American and also a former international chess master he served in the military for some 11 years while his mother was an assistant at a catering business. He has a sibling, Tristan Tate and they both also run a webcam business, they both share a strong bond.

As a child, he also used to play chess and learned to play it at the tender age of 5 and henceforth attended some chess tournaments. He was also sent to self-defense classes by his mother and from there he was inspired and made the skills his passion. Not much is known about his early life but it is discovered that he went to Luton Sixth Form College and dropped out from it and later on decided to learn boxing and pursue a career in the same field.

In an interview, Tate explained how he was attracted during self-defense and fighting, he also told us about an incident, when he was little he used to punch pillows and himself learned to balance his feet when stepping backward. In kindergarten, when he was 4, he also took part in the wrestling championship. Tate has a brother and a sister, as his family was facing financial issues after the military job his father, Andrew took up some responsibility and during his schooling days he used to find some job to provide for his family, he talked about one such little job he got, it was about moving 80lb boxes containing frozen fish and on weekends he went up for some other work.

As his father did not move to England with the family, he was raised by a single mother and saw the way she struggled to make the lives of him and his siblings comfortable, he said in an interview that his mother was always there to support his dreams. He was also deeply indulged in poetry and Tateshinkai.

With a successful career, Andrew Tate is living with all luxury, let us know his struggles and all ups and downs of his career life. Andrew decided to take up Kickboxing and somewhere around 2007, he started his career, though, in 2014, he did not qualify for finals. In 2009, he challenged Paul Randle at the ISKA English Kickboxing Light-cruiserweight title and won the match and earned his belt. His career was starting to grow in a positive direction and he also achieved a major victory against Daniel Hughes at the IKF-International Kickboxing Federation British Cruiserweight title in 2011.

The contestants loved the way he used his moves and when he lost at the ISKA world Full-Contact light heavyweight championship by12 points, they considered him the true winner. Along with his excellent skills, he was also earning respect from the people with whom he used to practice and learn. In 2011, he also fought for the ISKA world title that took place in France.

In 2012, on May 12, he had a close battle with Sahak Parparyan at It’s Showtime 85MAX world title that took place in Belgium. He won his second ISKA world title in 2011. In 2014, he got a huge opportunity against Enfusion Live-90 kg championship against Wendell Roche and won the match. With his success, he decided to open a Hustler University, where he could give training to people wanting to take up a career as a kickboxer.

He also teaches crypto and stocks at Hustler university with a paid monthly membership, according to a source around 1.5 lakh students learn from him. Later on, he opened up a YouTube channel and also started to stream his life vlogs, showing his house, cars and more. He became a social media influencer as his YouTube channel got quite popular. He also owns a webcam business with help of his brother and they both hired around 75 webcam models for the same.

READ MORE : Kelly Ann McGillis Net Worth: Is She A Billionaire?

Andrew has also faced social media bans due to his controversial remarks. He was part of the show Big Brother and was removed after he was seen beating a woman with a belt in a viral video, though later they both expressed that they are friends and the video was not about violence, the act showed in the video was mutual but what’s done is done.

He also passed comments on sexual things, he commented on Twitter that a woman should take some responsibility for her being raped, which led to a ban on his Twitter account and people started to refer him as a violent and misogynistic person. He was in talks due to his remarks and he shifted to Romania, accepting that he migrated because there are no such strict and hard rules for rape-related crimes in Romania. He faced a ban on various social media platforms including TikTok, Instagram, and Facebook.

Andrew Tate is currently residing in Romania. His girlfriend is Naghel Georgiana Manuela, she was a commoner but after Andrew posted a picture with him, she is also in talks these days. There is also another major piece of news about his personal life, Andrew Tate recently converted to Islam, and a video of him praying in a mosque in Dubai went viral. He also announced his on the Gettr platform his conversion.

Some Questions And Answers Regarding Andrew Tate

1.) What is the height of Andrew Tate?

Andrew Tate is 1.9m in height and has a handsome personality.

NO, Andrew Tate is not married yet, though currently, he is in a relationship and made it public.

3.) What is the name of the website owned by Andrew Tate?

Andrew Tate is a very famous personality and faced many ups and downs in his life. His career was full of glamour as he has been a world champion four times. With a huge following on social media, he has numerous fans. He was also seen in many reality shows. Well, this was all about the life of Andrew Tate, his net worth, early life and personal life. To know more about the latest updates, stay tuned to our website.