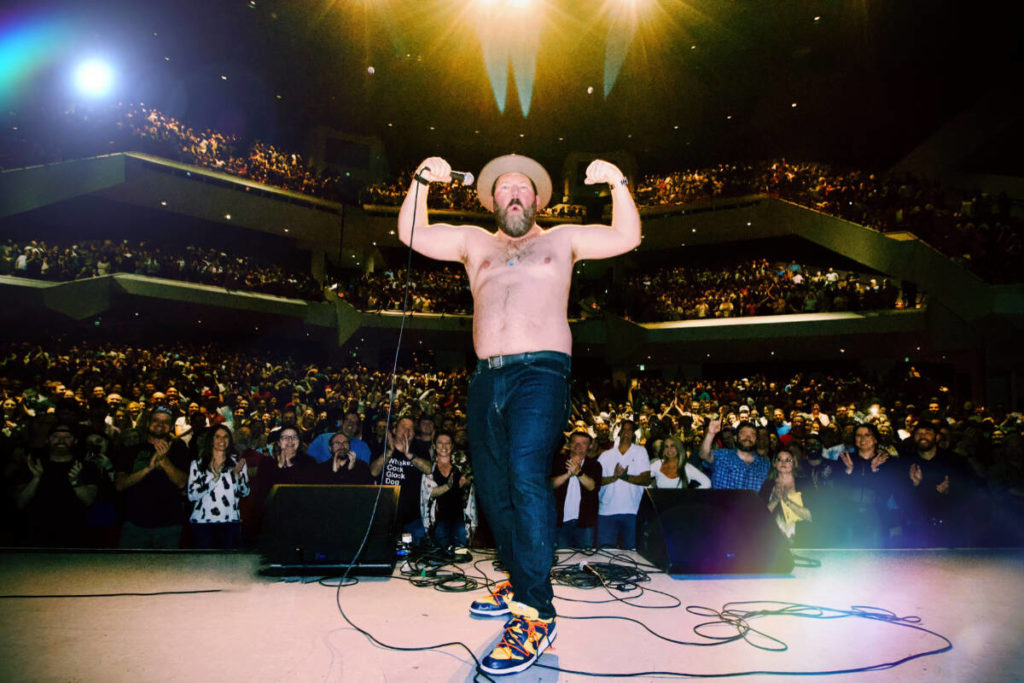 If you are a fan of stand-up comedies, you might be a fan of Bert Kreischer or might have heard of him. Bert Kreischer is an American stand-up comedian. The genres related to Bert are black comedy and observational comedy. He uses his talent of expressing things in a comic way to address many issues like politics, gender differences, human behavior, and human sexuality.

The storytelling he does is admired a lot by the audience. He has been titled “The Machine” for one of his such stories. The story took place when he was on a college trip to Russia where he helped some Russian mafia gang to rob a train. He has also acted in many dramas, shows, and even reality shows. Bert has also been a host to many reality shows. He is known for performing shirtless stand-up comedy. Kreischer is shirtless in many of his Instagram posts and reels too

Podcasts have started getting more famous. Bertcast, a comedy podcast that airs weekly on All Things Comedy is produced and hosted by Bert Kreischer. Bert has also written a biography named Life of the Party: Stories of a Perpetual Man-Child. The book contains a collection of funny yet worth-reading stories that will keep you engaged in reading.

Bert is quite active on social media. He never fails to entertain the audience through the reels that he posts on Instagram. His Instagram account has a total of 2.2 million followers. He also frequently posts on Twitter.

Bert is a very successful comedian, host, and producer. He lives a lavish life. According to some sources, he earns around 7 million dollars as a comedian. He can be booked as a stand-up comedian for any event or occasion for approximately 25 thousand dollars.

Bert is active on Instagram and does lots of partnership and sponsored posts which add to his income. He receives approximately 1500-2000 dollars per post and reel. Kreischer’s net worth is estimated to be around 4 million dollars.

Kreischer was born on November 3, 1972. He had a normal childhood. Both his parents were working. Kreischer became quite famous in the year 1997, as he appeared in an article and was termed “the top partyer at the No. 1 Party School in the country”. Bert was seen drinking heavily and also displaying nudity publicly.

He is married and is happily living in Los Angeles. His wife’s name is LeeAnn. They got married in December 2003. They have two daughters named Georgia and Illa. LeeAnn is known for hosting a podcast named ‘Wife of the Party’. It is reported that the family lives in a mansion worth 5 million dollars in Los Angeles, California.

Bert is popular among his fans for his stand-up comedy. He earned the title of The Machine with his great talent in storytelling which was loved by the audience.

Bert’s journey as a comedian started at a bar and a nightclub named Potbelly. He was in the famous adult animated comedy series named Shorties Watchin’ Shorties. Along with him, there were three other comedians named Nick DiPaolo, Arj Barker, and Greg Giraldo in the series. Bert has also appeared in two episodes of This is Not Happening in the years 2015 and 2017.

One of his best works is The Cabin with Bert Kreischer which according to me is quite underrated. This reality TV series has a total of 5 episodes and was aired on October 13, 2020. In the series, as a part of detox, Bert is sent to the woods but instead, he invites all his friends and they have a bash.

ALSO READ|| Lane Kiffin Net Worth: Is He A Millionaire?