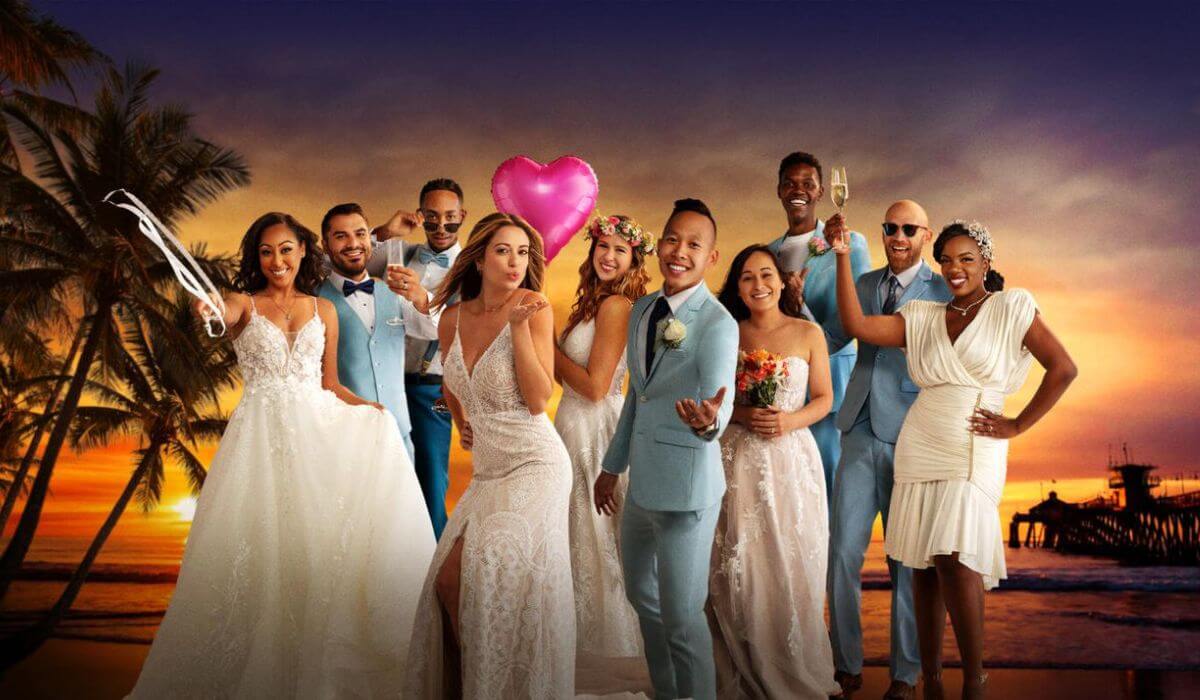 We all have heard about the concept of “Love At First Site”, but marrying someone instantly after seeing them seems a bit interesting, like how can someone take such a big decision in his or her life! WELL, you all must have guessed till now, the show being talked about here is “Marriage At First Site”, It is an American series which shows a concept, an idea that nobody has ever thought of.

The show aired on July 8, 2014. The official team of the show includes Chris Colen, Eric Detwiler, and Montré Burton, and is produced by Kinetic Content Company. The inspiration for making the show came from “Gift Ved Forste Blik”, a television series of Danish origin. The show became quite popular among the viewers due to the depiction of a total out-of-the-box idea. The show has also been a nominee for Critics Choice Television Award for Best Reality Series in the year 2015.

The show is about some single people who are in search of a healthy partner for a lifetime. The show has a panel of judges or we can call them relationship experts, they have the job to create pairs of contestants and decide who will marry whom. The show also depicts the marriage afterlife, from their honeymoon to small fights and arguments. Currently, the show is having 15 seasons and Season 16 is much awaited! To know about Season 16, let us dig deep into the article.

As everyone waits for Season 16 of the show, here is some good news for our readers. Season 16 is officially announced by the show makers, though the date is not yet revealed the makers said that you can watch season 16 in January 2023. To know what the other details put forward by the show makers you have to continue reading the article further.

In every season of Marriage At First Site, six couples meet each other, get married, and spend their lives together. The pairs are made by a panel of judges who are experts in the field of love and relationships. Although, the exact storyline is not yet revealed, on the basis of previous seasons it can be anticipated that the new season will be released having the same plotline but one thing is for sure, the show will be full of twists, love, and drama.

For knowing the cast members and more about the whereabouts of the latest season, stay connected with the article.

The list of cast members on the board is officially here!! Fans will be seeing Christopher, 36, and Nicole, 32. Both are eager to find a partner for their life while in her bio Nicole said that her family matters a lot to her. Another amazing couple would be Jasmine, 31, and Arris, 39, Arris expressed that now is the right time for him to find a girl and start a family with her. Gina, 36, and Clint, 40, make up another pair for the show looking for the right partner to start a new phase of their lives. The other couple in the queue is Kristen and Shaquille, Kristen 32 years old with a very choosy character. The only wait left now is for the show to be released. For all the fans who love dating series, this season is a must-watch.

Fans may find many videos of the season 16 cast on YouTube but there are no trailers or teasers available to show the insides of the show or to depict the plotline. The only spoiler given is about the cast of season 16 and is easily available on YouTube Channel, the videos released there are 100% official and correct.

Where To Watch Marriage At First Site Online?

Here we are having the full list of platforms where you can watch the famous series, Married At First Site, it is completely available on various OTT Platforms like Netflix, Amazon Prime, Lifetime, and also on Hulu Plus. The subscribers of these over-the-top platforms can freely and readily enjoy watching the series but those with no subscription have to buy first.

Viewers can find the series on YouTube but not all episodes may be available and also there is no guarantee that the episodes there are complete.

Marriage At First Site is a series that engrosses the viewer completely, one should watch the series for leisure time. Winding up here, hope the article served its purpose and answer all the doubts and queries of the reader. To know more updates about the latest series and shows stay tuned to our website!