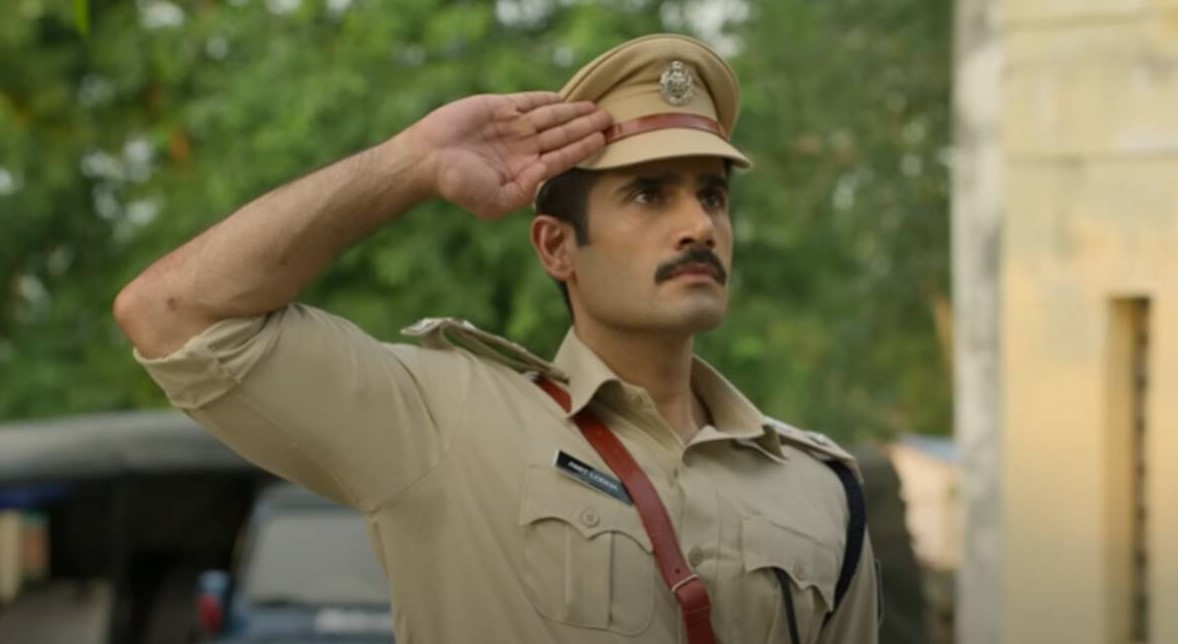 When it comes to Bihar, you are better off just flipping a coin! This city with the highest number of crime rates and no small amount of par with the law has been a topic of disgust and fascination in equal measure. Even those who have never set a foot in the state are still well aware of the danger it poses not only to its own population but the image of the country as well. And yet, despite the country being democratic and the politicians given their fair share of power, Bihar remains as lawless and fearless as it has always been.

Still, circumstances aren’t quite as bad as they used to be back in the 2000s at least. And while Bihar has never been short of representation in the film industry, more gory glimpses of truth drenched in amazing Cinematography and a drool-worthy cast are always welcome isn’t it?

This is why we were both surprised and pleased when the announcement of Khakee took the whole country with a wave of excitement. From the state’s closed-minded values to their striking ease while committing a crime, we have witnessed it all in series and movies at some point or another. Then why Khakee? What will be different this time around?

Well, we believe that since the focus will solely be on the crime rates and the lack of law thereof back in the 2000s, which already seems like a different age now that we think of it, it’ll offer a more in-depth view of the issue, not to mention the casting seems more fitted for it as well.

We guess you can say it’s tailor-made to present a thrilling view of the state of crime in Bihar and that might be the very thing that ends up giving the movie the edge above all its predecessors.

So, since we know you are already amped up to know all about the exciting upcoming crime-thriller, let’s dive into all the deets available for the movie before you gang up on us for making you wait!

We’ve got to hand it to Netflix, they sure know how to drag the important announcements out and give the fans a run for their money and frustration! Because ever since the teaser for this exciting series was released on 28 October 2022, fans have been itching for more information on the release dates as well!

It seems the teaser surely did the job they intended it to. And then, imagine our surprise when we found out that the release date has been finalized! The series will release on 25 November 2022, which means you only have to wait for three more weeks before you can let all hell loose and attack the cinemas to watch it!

Isn’t it exciting? We hope you are as thrilled about the release date as we are because it not only comes long-awaited but, because of the subject of the movie, we have been very excited to see how it manages this already overworked topic this time around. Should be fun to find out!

And now that that’s over and done with, we’ll go straight into the plot of the series and how it bears up!

Where there is a crime, there is the law. (Or there should be a fairer world, but who are we to judge!) And where there is a rising criminal, there is a cop determined to haul his ass where it belongs, in the dungeons. Or the jail, in modern times.

And this makes up for the main plot of the series. Shot in locations of Bihar and Jharkhand to give it the edge of authenticity the series so deserves, this crime series follows the story of the most dreaded gangster in Bihar who is tailed by an even more dangerous cop determined to bring him down. After all, what can be more dangerous than motivation and discipline that would rival the sun itself?

Amit Lodha, our main character has sniffed out the lawless world of the notorious gang leader on the loose, played to perfection by Avinash Tiwari. Neeraj Pandey sure knew what he was doing when he cast Karan Tacker and Avinash Tiwari for the roles of the main characters in the series. Burly, careless, and unafraid to get their hands dirty, these two dive straight into the enmity that took the state by waves in 2000.

Pandey’s first Netflix project was already the topic of exciting conversation among true-crime fans even before the teaser had been released. After all, we specialize in getting the latest information about all the upcoming releases, even the ones that are only in production for the time being. This is why a sliver of news was enough to make the blast of speculation around the director’s Netflix debut.

And why not? The series has been inspired by the very true, very real story of how the mafia lord was caught by the cop in question, putting an end to his reign of terror across Bihar. The director also stated how the topic had been swirling in his mind for the longest time and no amount of putting it off could shake the feeling of importance it held. Getting such a story of bravery and determination to the public is as important as the task itself of catching the criminal.

It not only inspires faith in the justice and legal system of the country, but it also assures the public that no matter how corrupt the system might become at the surface, there will always be people who are loyal to the country and put its needs above everything, including their own lives, as the Indian Police officer Amit Lodha, the star of the series, proves in the story.

Now, we know you still have a lot of burning questions about the series. The ‘how’, the ‘when’, and the ‘where’ is nagging inside your brains and you are annoyed that we haven’t touched it yet. But the reason behind our reluctance is a simple one – we don’t want to offer you spoilers that will take all the fun of actually watching the series away!

We could tell all about the past of the officer that inspires him to take on such a difficult task to catch Bihar’s most dreaded gangster. We could also hint at how he is caught, but not before turning the whole state upside down! But that won’t be fair to you, would it? After all, half the fun is in anticipation, isn’t it?

That’s why, we won’t give you any spoilers and ruin the fun for you, but we’ll say one thing – you can be sure, very sure indeed, that the series will draw you in ever so slowly and make you fall in love with the whole dangerous yet upright vibe of it all! So, just a little bit of patience and you’ll see it rewarded tenfold in a very short amount of time.

This may be Neeraj Pandey’s debut on Netflix, but the director is sure as hell, not a novice when it comes to delivering in-depth and well-worked stories with an equally amazing star cast. From M.S. Dhoni to A Wednesday, the man has been showering Indian cinema with striking plots that stay with you long after the movie is finished.

And Khakee: the Bihar Chapter is no different when it comes to its amazing casting. We have Karan tacker in the dashing character of Amit Lodha and Avinash Tiwari playing the mafia lord and now a sworn enemy of our IPS officer.

Then we have actors like Ashutosh Rana, Jatin Sharma, and even Nikita Dutta holding the helm of the series with as much finesse in their acting as their determination to flesh out every single role that they are put in. So, with a cast like this, who can doubt the immense success that the series has already had and will continue to receive?

MUST-READ| The Office Season 3 Release Date: Is It Renewed?

The teaser for this much-awaited series came right in time to drive away the post-Diwali blues on 28 October 2022. Netflix proudly released a glimpse of what the fans can expect on the release day of Khakee: The Bihar Chapter and needless to say, we have been dying for more glimpses of Avinash Tiwari and Karan Tacker in action.

So while we wait for the great (and rather torturous) Netflix gods to release a full-fledged trailer to satisfy our hunger, let’s just settle with watching the teaser for the series which is now available on Youtube.

Where to watch Khakee: The Bihar Chapter online?

Where else? On Netflix! This being Pandey’s first Netflix debut, you will soon be able to feast your eyes upon the perfection that is Khakee: The Bihar Chapter’ on Netflix as soon as it is released on 25 November 2022.

Excited? We are too. And while we know every minute that goes by waiting for the series release is nothing short of torture, we can assure you that by the looks of it, you are definitely going to be rewarded for your patience!