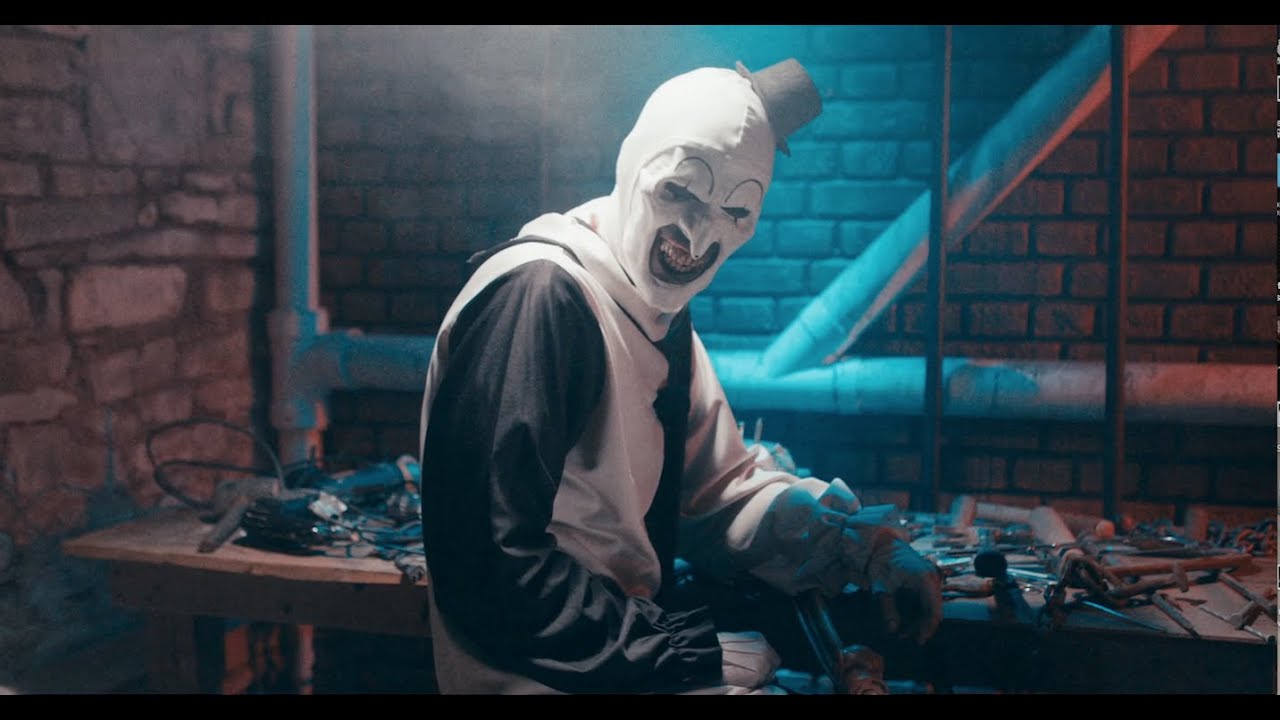 Clowns have always been something that many people have been scared of, however, some people also there who laugh off the existence of certain clowns who can be serial killers or supernatural beings. However, if you are one of those, your perspective is surely going to change after watching the first two movies of terrifier. The first movie of the franchise wasn’t very highly rated however the second movie which was released just this year, is a massive success with a 7.5 IMDb rating. The show is basically the story of ART the clown, who we all still don’t know what he is. Whether he is a supernatural being or human or the devil himself, we still don’t know anything.

The only thing we know is, if you are marked by him, he is not going to leave you anyhow. He will somehow catch up with you and finish you in the most brutal way that anyone could have imagined. The maker of the movie franchise series is Damien Leone and this can be regarded as one of her best works yet. If you are weak at heart or you aren’t an adult, we will recommend you not to watch this movie, as we have got a lot of cannibalism and other stuff, which is not quite for weak-hearted people. However, you can still give it a try for some nightmare-filled nights.

Now the fans of the franchise have been growing crazy over the last movie and that is practically quite understandable because we have also loved the movie so much. The fan base has increased on an incredible level after the release of the second movie, and yes there have also been updates on Terrifier 3. The makers of the movie have already confirmed that they have got enough content to make Terrifier 3 as well as terrifier 4 and based on how good the sales have been, these two are surely coming in the future.

For the release date of Terrifier 3, we haven’t received any proper dates from the side of makers, however, it has been confirmed that it is coming because Art the clown will never die and there is always someone who will bring him back. The first movie came out in the year 2016 and a long time ago, the second movie made it to us in 2022. There has been a long-time gap between the movies because the first one didn’t do as well and wasn’t expected to be continued.

However, based on how the second movie has been done, we can confirm that the third movie will be coming very soon and it can be expected to drop by the end of 2023 or starting of 2024. Works haven’t yet beginner, though they are expected to begin by early 2023.

For the story of the upcoming movie, we actually haven’t received any updates as of now. The makers are sure what they are going to make the movie on. Based on the prediction that we have received from our team, ART is going to come back and that’s for sure, and the girl who starred in the second movie will continue to be the main character in the upcoming movies because that is what Leone has confirmed as of now. It is going to be the same rat chase kind of concept and season 3 will obviously not see the end of ART anyhow.

For the casting of the upcoming movie, we yet haven’t been confirmed anything but based on the words that Damien has given us; we can expect that Lauren LaVerra is coming back as one of the lead characters of the show and the role of Art will be played by David Howard Thornton. For any more updates, we will have to wait a little longer.

However, it is for sure that the cast for Terrifier 3 will definitely do a great job. This franchise is critically acclaimed and apart from that, the movies have been seen standing on the audience’s expectations so well.

For the trailer of the upcoming episode of the show, we haven’t yet received anything. It might drop sometime in 2023 if the makers commence their work by the earliest. The previous season trailers are currently available on the YouTube platform.

Where Can We Watch Terrifier 3 Online?

For the upcoming movie, we can expect it to be available in the movie theatres at first and then be available on the Amazon Prime Video platform just like the previous season.