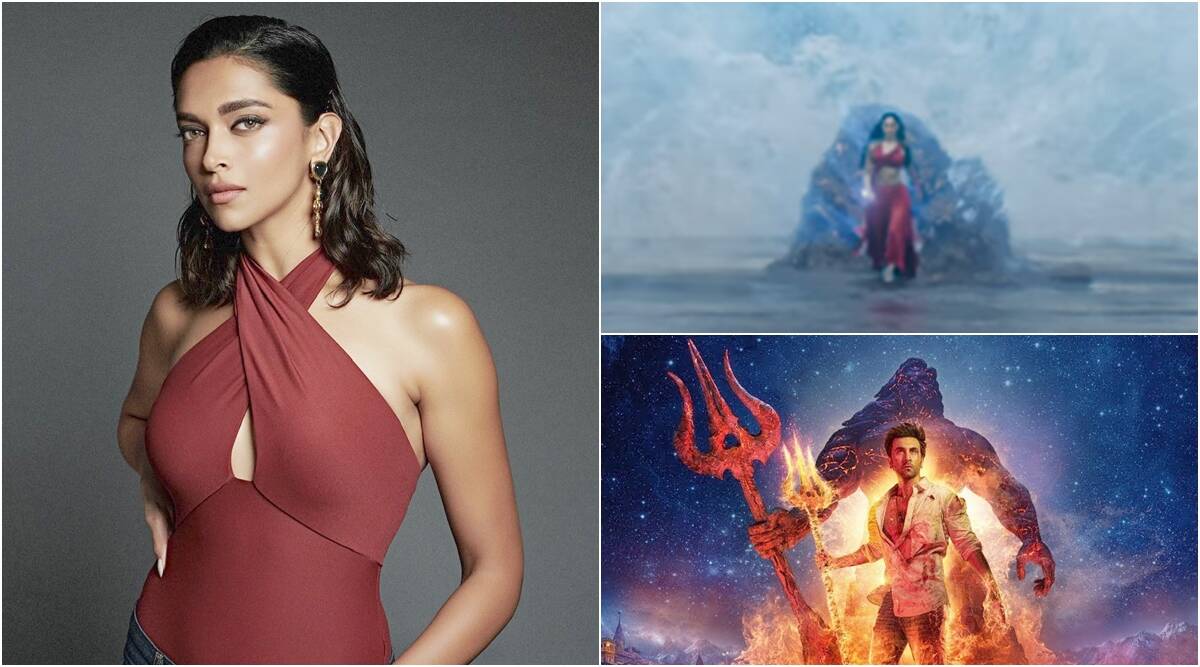 Brahmastra, finally a much-awaited Hindi-language movie released on 9 September 2022 in the theatres. The movie’s concept is based on the powers of Astras, including Nandiastra, Jalastra, Prabhastra, Pawanastra, Gajastra, Nag Dhanush, Vanarastra, and Agnyastra. Basically, the movie presents Indian mythology in a modern way. When the movie was released, it received mixed reviews from critics and viewers. For some, it is the best Superhero movie in Indian Cinema to date, but for others, it is not what people expected. The movie’s cast includes mega superstars like Amitabh Bachchan, Shah Rukh Khan, Nagarjun, Ranbir Kapoor, Alia Bhatt, and Mouni Roy. But when you watch Brahmastra, you will experience that the work of the supporting actors is far better than the lead pair (Ranbir and Alia).

The story revolves around the character, Shiva, professionally a DJ, who is searching for love but also wants to know about his strange connection with “Fire.” He has the power of Fire that can help him to save the lives of creatures on Earth. The story majorly talks about “BRAHMASTRA,” the primary supernatural weapon that has the power to destroy and create the Universe.

In the first half of the movie, you will be able to see the love angle between Isha (Alia) and Shiva (Ranbir), actually, Ayan Mukherji wasted Alia Bhatt in this movie, and her character could have been used wisely. But in the movie’s second half, you will see that Shiva meets Brahmansh’s Guru (Amitabh Bachchan)and then comes out to know about his parents. A character will be seen briefly at the end of the movie. But who is she? Is she really a mother of Shiva? Who will play the role of Amrita in Brahmastra? You will get all the answers here in this article.

Who Is Amrita In Brahmastra?

In Brahmastra, the lead characters are played by Shiva (Ranbir Kapoor) and Isha (Alia Bhatt). He wants to learn about his strange connection with Fire, also he experiences some supernatural dreams related to the different Astras. In the movie’s first half, Shiva tells Isha that he doesn’t know anything about his parents, his mother was burned when he was just a year old, and now wants to learn more about his father and mother.

After the movie’s first half, you will see that Shiva finally meets the Guru of Brahmansh (Amitabh Bachchan). And he asks about all the strange things happening to him, like his connection with Fire and his supernatural dreams. Then Guru tells him that you have some kinds of powers related to Brahmastra, a mystical weapon. But there was a condition when Guru agreed to tell Shiva everything about his parents. He said that Shiva needs to stay with him and learn the correct use of his powers; only then will he be able to grab all the information related to his parents.

READ MORE: Why Can Shiva See All The Astras In Brahmastra? Does He Have Any Special Abilities?

After all, this is when Shiva succeeded and learned everything with Guru. Finally h,e told Shiva everything about his parents, he started that when he (Guru) was a student, at that time energies of Dev were active. Dev was mighty and had all the powers of different Astras, except Brahmastra, and he wanted this too. Deva was fighting with his Lok Members to gain the powers of Brahmastra, but Amrita (a confidential character in a movie) defeated him at that time.

But who is she? What are her powers? What is her relationship with Deva? Don’t worry; you will get all the answers here. Amrita is Deva’s lover who doesn’t want him to grab all the powers of Brahmastra. To protect the Brahmastra from Deva, Amrita breaks it into three parts. She has managed the element of Jal, called Jalastra, and has shown the good side of the story. As I mentioned above, Shiva’s mother died when he was just one year old, and she is the mother, Yes, Amrita is the mother of Shiva. So, Deva and Amrita are the parents of Shiva.

As the story moves, Shiva learns that his parents Deva and Amrita are still alive. And Junoon (Mouni Roy) is an apprentice of Deva, who works to grab the powers of Brahmastra for him. Also, you will get to see a cameo character at the end for a short period, hopefully, she is Amrita. That means Deva and Amrita might be still alive and will be shown in the following parts of the movie.

Who Will Play The Role Of Amrita In Brahmastra?

Since the movie’s release, everyone is wondering who will play such an important part. Still, none of the cast or even the director, Ayan Mukherjee, has mentioned anything about this. But we have seen Deepika Padukone going to the sets of Brahmastra often. Once the release date of part 2 is revealed and a trailer is released, it will get confirmed. Ayan Mukherjee has mentioned in the interviews that it’s a trilogy, and it will be released slowly within ten years of time frame.

It will be interesting to see if Deepika Padukone and Ranveer Singh play the role of Amrita and Dev in the next part. It looks like Ayan is going for Bollywood Fav Couples only!

This much-awaited movie has many superstars as cast members of the movie. So, here you will get to know the whole cast of the movie here. In the movie, you will be able to see Ranbir Kapoor as Shiva, Alia Bhatt as Isha, Mouni Roy as Junoon, Amitabh Bachchan as Raghu, Nagarjuna as Anish Shetty, Shah Rukh Khan as Mohan Bhargav. Apart from them, there is Saurav Gurjar as Zor, Aditi Joshi as Rani, Dimple Kapadia, Stanzin Denek as Tenzing, Leher Khan as Raveena, and many more.

Where To Watch Brahmastra Online?

Well, if you have not watched Brahmastra Part One: Shiva yet, then don’t worry you can watch it on Disney+Hotstar. So, if you are a member of Disney+ then here is the biggest movie of 2022 for you all.

READ MORE: What Power Does Mouni Roy (Junoon) Have In Brahmastra? Is Mouni Roy Powerless?