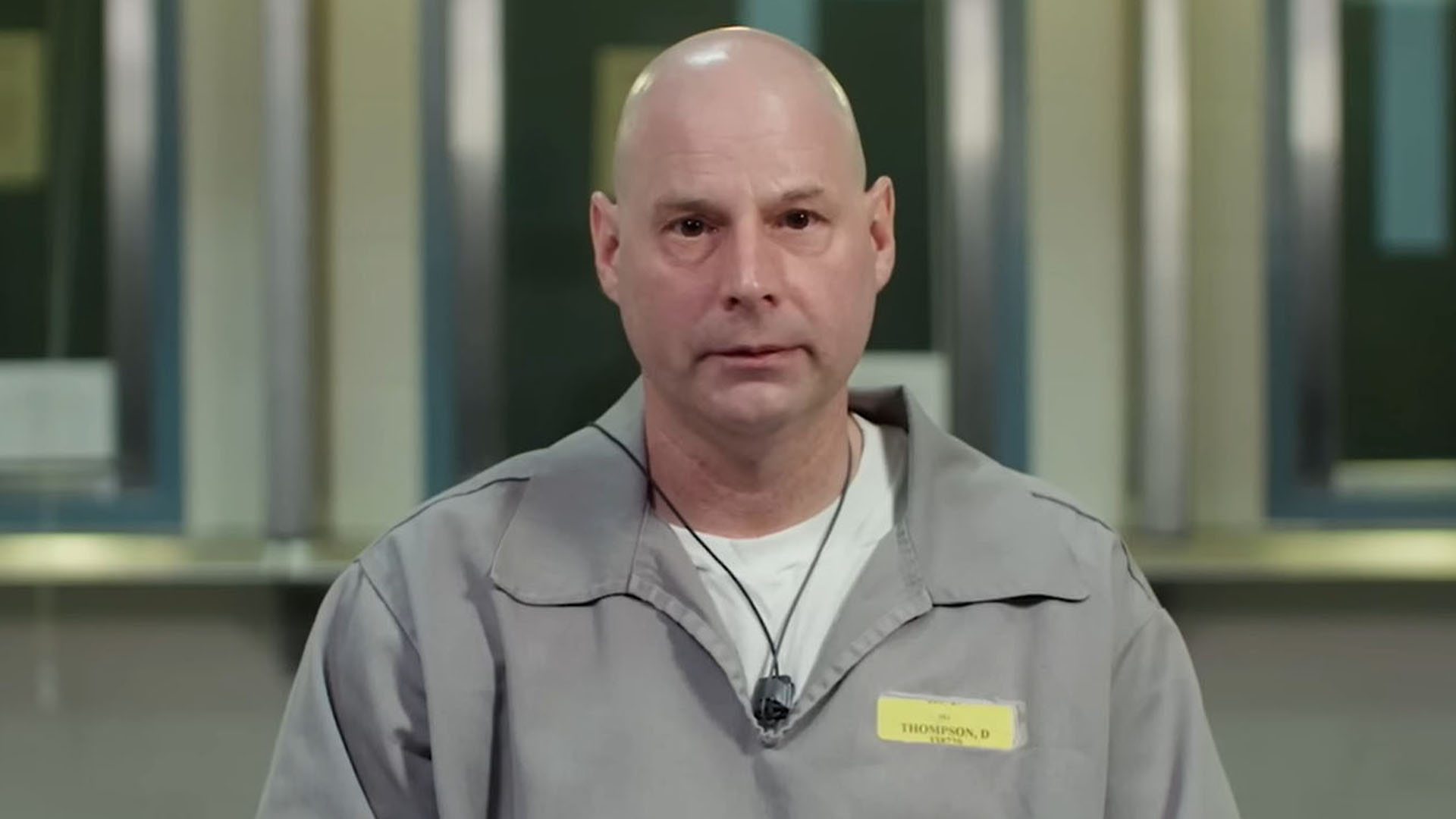 Ever since Netflix released the true crime docuseries titled “I Am a Stalker”, it has been watched by people who love thrillers and mysterious documentaries all over the world. The convicted stalkers tell the audience everything about their one-sided love for women that gradually turned into an obsession. As we all know only too well, people love watching shows that involve some kind of psychological stuff and which not only tell us what the women went through (which is the goal of the show, to make people aware of the issues), but also the things from the so-called bad person’s, the villain’s perspective. How he thought what he was doing was right, even though it was wrong in the eyes of the law.

It’s fascinating to see the acts through the eyes of whoever has done it, as it makes it more intriguing for the viewer to not see things as black and white, but as grey. “I Am a Stalker” delivers perfectly what it promises, a gripping narrative and an engaging presence of the characters. Daniel Thompson is one such example of a person who thinks love is an obsession and it’s even okay if it involves awful things like stalking and abuse. In the series’ first episode which is titled “Pattern of Behavior”, Daniel Thompson is shown committing various crimes, breaking the law in the process, and ending up in prison at the end.

The series also tells us firsthand accounts from both, the survivors as well as the stalkers which gets very interesting and compelling at times, drawing our attention to it so much we almost want to binge-watch all eight episodes in one go. If you haven’t watched the series already, it’s highly recommended that you watch it. Whether or not you want to binge-watch it, is debatable.

Where Is Daniel Thompson Now?

After people saw the series’ first episode, they were very curious as to where Daniel Thompson is, now. What is he currently doing? Is he still in prison, or is he free? Daniel Thompson was sentenced to prison on account of second-degree murder after murdering his ex-partner’s lover, James Vail. According to the sources, he stabbed him to death while he slept beside his ex-partner, a woman who does not wish for her name to get revealed, as is her perfect right.

Before that, Daniel had also been arrested for aggravated burglary and was sentenced to spend eight years in imprisonment in the state penitentiary. He wanted to warn and/or threaten his ex-wife, Angie, and tried to break their (her and her partner’s) home with a bag, gloves, and a colossal butcher’s knife. It’s hard to imagine how she must have felt, though we can empathize with her as no one deserves such horrible treatment from their ex-partners or husbands.

Daniel Thompson, a forty-eight-year-old man and an excuse for a human being is currently serving his sentence in Jefferson City Correction Centre, surrounded by maximum security. If one calculates the period of his life imprisonment, which means thirty years in Missouri, Daniel Thompson might be eligible to apply for probation in the year 2034, almost twelve years from now, seven years less than what he was sentenced to serve.

In the Netflix documentary series, he referred to Angie as his “nemesis” which further indicates that people like Daniel never change, no matter how many years they serve in imprisonment. Well, he also indicated that he’s remorseful but we all know only too well how things will turn out. Whatever may happen in the future, we surely got our dosage of daily crime and thrill by watching that first episode of the docuseries.

MUST-READ| The Clinton-Lewinsky Fame: Linda Tripp Net Worth! What Assets Did She Leave Behind?

Who Is Daniel Thompson?

Daniel Thompson was born on August 15, 1974, in Northeast Kansas City. He comes from an inseparable community which might explain the antisocial behavior that he showed right from his childhood. He could never let anyone in or trust someone easily, so he had little or no close friends growing up. Even with his family supporting him almost in everything that he wanted to do or pursue, he could not develop any social or public skills which made him almost a sociopath (read that psychopathic person) as he feels little or no guilt for all the things he has done, which include violent and abusive behavior towards women.

According to the Netflix documentary, he was diagnosed with Pervasive Developmental Disorders at the fragile age of twelve or thirteen. For those who aren’t aware of the mental disorders that come under PDDs, it includes Autism, Rett’s Disorder, Childhood Disintegrative Disorder, and Asperger’s Syndrome, causing the person to face difficulty to develop basic social skills, including socialization and communication.

Daniel Thompson first came to light when he was featured in the Netflix original documentary series “I Am a Stalker” as the stalker of many women including his ex-wife Angie whom he threatened after breaking into her house. He first met her when she was fifteen years old and he was seventeen. She couldn’t anticipate the signs of his violent behavior at first, as they weren’t obvious at first, and let’s admit it, she was too young to look for these signs as he was her first actual boyfriend.

However, as they say, truth is like a seed, no matter how deep one buries them, it comes out sooner or later and that’s exactly what happened with Angie and Daniel. His so-called “love” for her turned into domestic abuse as she started experiencing his violent side. They got married and had three sons. He would push her off the bed when he got mad at her. Not only that, he used to throw arbitrary objects at her and hurt her on her scalp so that the injuries would not be visible and get concealed under her hair. They finally got separated and she moved into a women’s shelter home when things got too cruel and horrible for her to even stay for the sake of her three loving sons.

MUST-READ| Sondra Theodore Net Worth: How Much Does The Model Earn?

What Happened To Daniel Thompson?

After being released from jail in 2011, Daniel didn’t stop chasing women. He repeated his impulsive behavior several times. For instance, he never stopped his dangerous and horrible pattern of dating, possessiveness, stalking, and then abuse. We should tell you that in all of this, a knife was always involved. He stabbed a man to death while he was sleeping beside an ex-partner of Daniel. Only a person with no remorse at all can commit such a shocking and dreadful crime. It was an appalling experience, for both the police and the people who witnessed it.

According to detective Mike Crocker, who was involved in the above-mentioned case, when he reached the crime scene, the woman was screaming hysterically. Blood was all over the place and a man was stabbed in the chest. It was later identified that it was her ex-boyfriend Daniel Thompson who had murdered him while both were asleep. It was a horrendous and frightful experience for her as she had never witnessed a crime of such passion ever before.

In October 2011, Daniel was made to stand trial as a consequence of his ghastly crimes and was convicted of second-degree murder as there was more than enough evidence that pointed against him. Not only that, but his ex-wife also stated in court while he was being sentenced so that everyone in the whole wide world would come to know about his veracious character and true identity.

After that, many women also stood up against him, filing numerous complaints against him to the police and providing James Vail justice in the process. Not only that, James’ mother and Daniel’s ex-wife Angie made sure that Daniel gets the punishment that he truly deserves, and no other people, especially women should go through the loathsome and monstrous acts of atrocities that they faced.

Where To Watch “I Am A Stalker” Online?

The docu-series “I Am a Stalker” is available to stream anytime, anywhere online on Netflix. The series was released on October 28, 2022, in the United States of America for people to watch. The series consists of eight episodes that tell us the firsthand accounts of convicted stalkers and their respective survivors, who are mostly women. Netflix subscription in India starts from Rs. 199 (Netflix Basic), Rs. 499 (Netflix Standard), and Rs. 649 (Netflix Premium). Apart from the mobile plan, Netflix also offers a yearly plan that starts at just Rs. 2,388 per year.

Each episode has a duration of around fifty minutes but the viewer doesn’t realize when the time gets spent as it is very intriguing to watch how stalkers think and act, committing criminal offenses that end up in them being in jail. If you haven’t watched the much-hyped docu-series already, what are you waiting for? Grab your popcorn and sit back in a relaxed position on your comfy couch and start watching “I Am a Stalker” already! We assure you that you will not be disappointed even for a moment!

MUST-READ| Where Does Rishi Sunak Come From? Is He Punjabi?