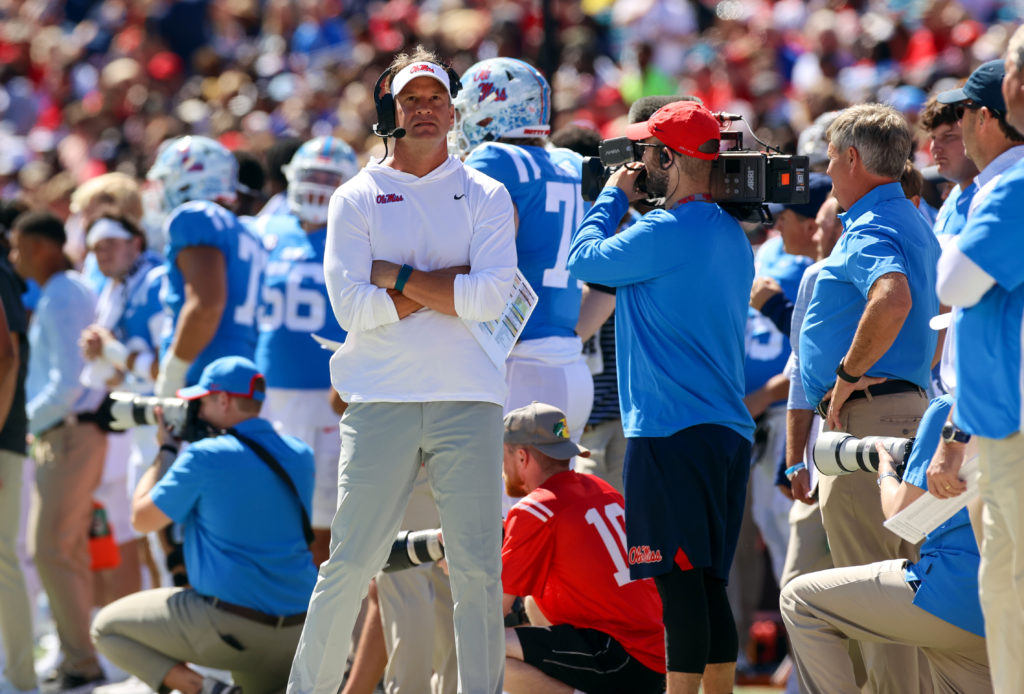 Lane Kiffin or Lane Monte Kiffin is the American football coach, the current head coach of the University of Mississippi, and a former football player. He is the son of Monte Kiffin a defensive coordinator in the National Football League and is a Bloomington Jefferson High School graduate from Minnesota.

Kiffin has a net worth of $6 million which he majorly earns from his coaching segments. He is counted as one of the best coaches the country has to offer and currently ranks at about 6th or so in it.

In just two years this man brought quite a life to the Rebels and made a 10-win regular season record at Ole Miss. The only loss that happened at Sugar Bowl was basically due to Matt Corral’s injury and he was completely out of fault. He is termed the “Portal King” of 2022 for his terms of recruitment and similar things.

Lane then married his ex-wife Layla Reaves back in 2004 whom he met through his father Monte Kiffin as Layla’s father was a former starting NFL and USFL quarterback and was a playing member of Florida Gators. He had three kids with her namely, Landry Kiffin, Monte Knox Kiffin, and Pressley Kiffin. They later proceeded to get a divorce with the terms stating irreconcilable differences and some rumors stated that the actual reason for this divorce was Lane’s extramarital affair which she found out in due time.

Lane’s brother Chris Kiffin was a defensive lineman at Colorado State University and is the current defensive line coach for Cleveland Browns.

MUST READ || “A Different World” Actor Kadeem Hardison Net Worth! Is He Still Popular?

Lane began his coaching career by being a graduate assistant for a year at Colorado State University which led him to secure a job with the Jacksonville Jaguars as their control assistant. Lane was later hired by Pete Carroll for him to work as USC (University of Southern California) Trojans assistant coach which marked the official beginning of his career.

In 2007 he was hired by the Oakland Raiders which basically made him the youngest Oakland Raiders coach in their history at the age of 31. In just a gap of 1 year, Kiffin was the center of multiple rumors and was termed a liar who brought disgrace to the Raiders and was fired. This had a major impact on his personal and professional life.

By the end of 2008, the same year he was fired from Oakland Raiders he was announced to be the 21st head coach for the University of Tennessee Volunteers. Kiffin led them to a pretty successful record of 7-6 compared to their prior record of 5-7. He left Vols in 2010.

He was then recruited as the head coach at the University of Southern California coaching the Seattle Seahawks which he resigned from in 2013 and then moved on to reviewing football teams like the Alabama Crimson Tide.

He led Ole Miss Rebels to be the first NCAA football team that was 100% vaccinated against COVID-19 in a state which was ranked 49th out of 50 in the vaccination rates. They also finished their regular season with 10wins in 2021 which made his name known in a lot wider range than before.

MUST READ || Sondra Theodore Net Worth: How Much Does The Model Earns?