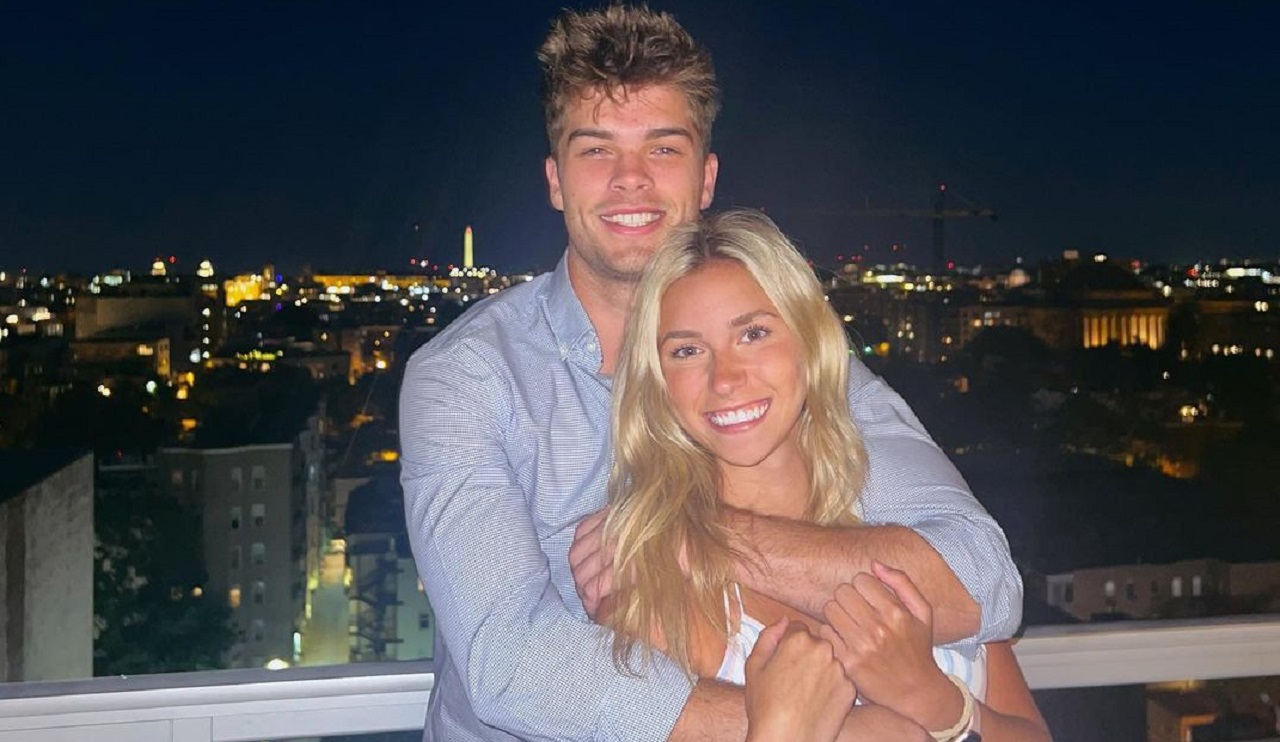 A young American social media sensation Katie Feeney is a girl who has set the bar high for all the upcoming social media personalities with her bright smile and amazing talent.

Katie is someone who proved that social media can be productive as well. The girl ruling the social media world now has a new boyfriend. It seems like she has moved on and is happily dating Jack in 2022.

Katie has confirmed that her relationship with her best friend turned boyfriend, Sean Yamada is officially over. She has not specified how long Jack and she have known each other, but the duo seems pretty comfortable in the photo Katie posted on her Instagram handle.

Jack Hurley is a baseball player who has participated in multiple baseball championships and is now focusing on making his passion for baseball his lifetime profession. It seems like Jack and Katie are trying to keep their relationship private, given Katie’s recent breakup.

Who Is Katie Feeney?

Katie is a content creator who enjoys making unboxing, DIY, dancing, and comic videos. Her unique style makes her videos trend all over the internet in a few minutes. She is also a model who has represented various popular brands.

In addition to being a dancer, Katie has also posted a few song covers on her self-titled YouTube channel. Katie is one of the youngest celebs with a fan base as enormous as hers. She is known for her humility as much as she is known for her unique content-creation abilities.

Katie shares a wonderful relationship with her parents; she loves and adores them both equally. She keeps mentioning her mother in her TikTok videos and absolutely adores her. Katie has two older brothers, Peter Feeney and Michael Feeney, who seem to be very protective of her.

Katie often dedicates her success to her family and friends, who are all very supportive of her. According to Katie, her family has never tried to restrain her or force her to do something she doesn’t want. Aside from her parents and brothers, Katie has two furry members in her family named Maggie and Tess who frequently appear in her videos.

Katie is currently dating baseball champion, Jack Hurley. Both of them are often seen on baseball fields to support Jack, and he, in turn, supports Katie’s dreams and appreciates her achievements.

Katie has one ex-boyfriend, who was also her childhood friend and high school crush. Sean Yamada, an American football lover, and player, is Katie’s preschool friend turned boyfriend. All of Katie’s fans were rooting for them to have a cozy relationship. They broke up in mid-2021 after joining different universities. Though neither of them specified a reason for their breakup, it is assumed that the long-distance relationship didn’t work out between them.

READ THIS: Who is Spencer Rattler Girlfriend?

Katie Feeney is a normal American girl who started to make videos on TikTok, formerly known as Musically, just because it was the trend. Katie soon began appearing in Snapchat spotlights in addition to creating Instagram reels. Posting these videos became her pastime and she became a content creator in no time.

Katie is now a social media star and influencer, along with being a model and a social media celebrity. She has a net worth of $1 million and keeps growing as she continues to reach out to the millions of people waiting to discover her. Katie is a humble soul who never ought to have become a superstar but still reached celebrity status all because of her talent and personality.

What Is Katie Doing Now?

It is predicted that Katie will soon transform her career from acting on social media to acting on television and then in films. With her talent and optimistic personality, it wouldn’t be a surprise to witness Katie starring in a TV series or a web show.

ALSO READ: Luke Eisner Girlfriend: Who Is He Dating?