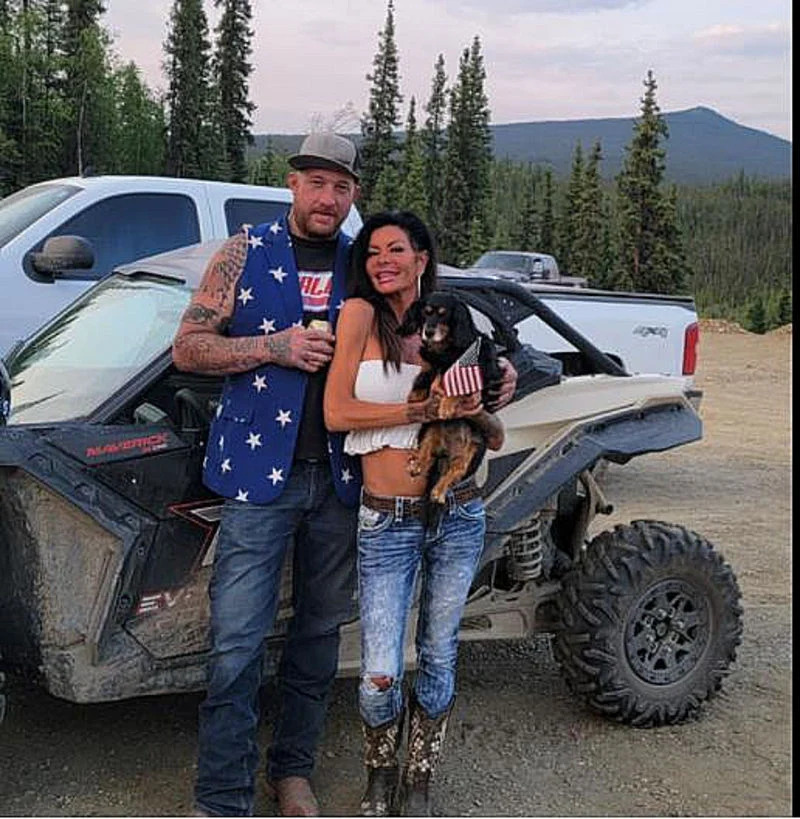 Rick Ness, the popular mining star, is known for his love for tattoos, football, and music. He is a commoner that became a mining star all by himself, which is why he is not very fond of public attention. He is known to have excellent mining skills along with a love for thrill-seeking activities.

Despite being an adventurous person, Rick isn’t an active user of social media. He has a limited internet presence and he uses that to update his fans about his personal life by sharing pictures of his girlfriend from time to time.

Rick Ness, the mining star from the Discovery series “Gold Rush,” has a girlfriend named Leese Marie. They have been known to have a beautiful relationship which they are not overtly public about. Though Rick has posted a few pictures of them on his social media handles, they don’t share much about their relationship.

Rick is a private person, but his girlfriend is ten steps ahead of him. Leese has almost no social media presence and has not yet shared anything about her life before Rick. Any information regarding her previous jobs, family, and friends is kept under lock and key.

Leese came into the limelight when Rick announced that she would be his crew member in season 12 of Gold Rush. His announcement confirmed that he was in a relationship with Leese and that both of them were going to be a part of Discovery’s Gold Rush.

Leese came out as an awkward and shy person in season 12 of Gold Rush. Though Rick and Leese share a strong bond, they have been harassed by the trolls due to the age difference between them. Despite the age difference and body-shaming comments, Leese and Rick stayed quiet and ignored those comments. They are known to have a blossoming relationship now.

There was speculation that Leese and Rick were living together in Milwaukee. They have been dating since late 2020 and were last seen in Arizona in early 2022. Rick and Leese are known to have a serene relationship that is not weighed down by the public limelight or the glamorous life both of them share.

Who is Rick Ness?

Rick Ness is a mining star, popularly known for his stellar performance in the Discovery Channel’s TV series Gold Rush. He is a dedicated gold digger, a passionate racer, a motorcycle lover, and a musician, along with a deep interest in football.

Rick comes from Milwaukee and spends almost half a year in Alaska digging gold. He is known for his humility and his optimistic approach toward life. He is a man who has witnessed several downfalls in his life and has emerged stronger than before.

Rick’s father, Richard Ness, and mother, Judy Marie Bedard, come from Milwaukee. They own a construction company started by Richard’s father and uncles. It is because of this company that Rick has experience with heavy machinery.

Rick has a twin brother, Randy Ness, who works for his family’s construction company as a machinist. He is rumored to be married to Jen Ness and to have two children.

Rick had a noble but simple upbringing and has faced a lot of financial trouble due to his parent’s divorce. He was mostly raised by his mother and is very close to her. Judy has her own fast food shop, which was set up by Rick after her divorce.

Rick has multiple passions, and he never shies away from pursuing those passions. His first passion was football, and while Rick was excellent at the sport, he couldn’t make a career out of it due to an injury. Though Rick hasn’t elaborated much on that injury, it was big enough to destroy his football career.

Even after this career-crushing injury, Rick didn’t lose hope and decided to pursue another passion of his. He decided to play bass and formed a band named 357 Stringband. He created various albums and toured across the US to promote his band and record new albums. His albums were starting to gain momentum when he met Parker Schnabel in Alaska. This meeting with Parker turned out to be a turning point in Rick’s career.

This gold miner started as a truck driver under Parker in Season 2 of Gold Rush. Though his positions kept increasing, Rick kept working under Parker for six seasons. In season 8, Rick decided to start his own team and mine gold for himself and his team instead of Parker.

Rick is still pursuing his gold-digging passion in Alaska, and while he is not digging gold, he is pursuing his racing passion. As an adventurist, Rick is always up for a thrill, which is why he stays on the road more than he stays on camera.

MUST READ: Is Blackpink Lisa Lesbian? Who Is Her Boyfriend?