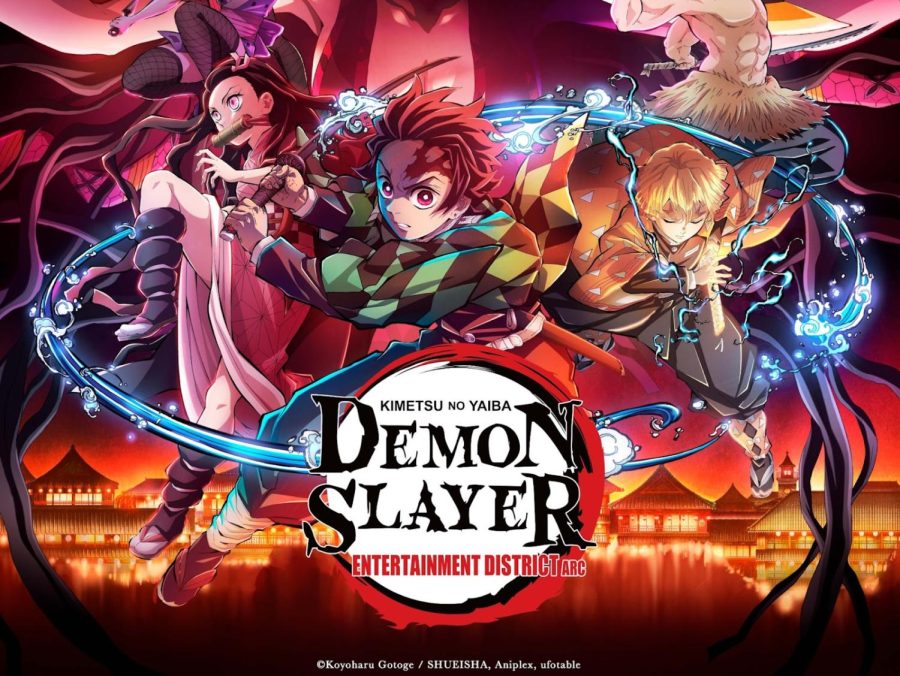 Demon Slayer (Kimetsu No Yaiba) is a manga series that got an anime adaptation and premiered its 1st episode on the 6th of April 2019. To date, it has released 2 seasons and one movie with which it has managed to establish a pretty solid fan base. The storyline is rather unique with versatile character designs. The first season of the same was chosen and released on Netflix on the 22nd of January 2021.

The anime has got spectacular animation and pace which led it to get an awesome rating of 100% on Rotten Tomatoes, an 8.7/10 on IMDb, an 8.5/10 on MyAnimeList.net, and the audience rating summary was summed up to give it a rating of 4.9/5. Demon Slayer is the very embodiment of decent fighting sequences that tends to keep you on peak throughout.

The majority of the critics gave Demon Slayer a positive review about how it has top-notched animation, wonderful pacing, and understandable character development where one doesn’t turn out strong or mature overnight, with enough comic timings and gimmicks which makes it a fun watch. While some others termed it as an overrated anime that does have good animation and storyline but is overhyped by the new generation anime watchers who tend not to have knowledge about old school anime.

Yes, the series will be released on Netflix sooner or later since it did pick the first season of Demon Slayer to air, but neither Netflix nor the Demon Slayer team has announced a release date for Demon Slayer Season 2 On Netflix.

But if I were to predict it would probably be releasing the 2nd season of the said season by the second half of 2023 since the 1st season for the same was made available on Netflix, about 16 months after the release of the final episode of the 1st season.

Hopefully, the release would be announced soon enough for the fans who obligatorily use Netflix to watch anime. If not I would rather suggest, you watch it on Crunchyroll.

MUST READ || Osamake Season 2 Release Date: Another Season Soon Or Will It Pull A ‘Classroom Of The Elite’?

Demon Slayer has a unique yet shonen-based character design which tends to attract the viewers. We have literally all sorts of people out there being a part of the Demon Slayer storyline. The main characters do not change in the 2nd season, we rather get to know the characters that were priorly teased are elaborately portrayed with a few new character introductions.

The story of the 2nd season covers 42 manga chapters from the 55th to 97th chapter filled in the 7th to 8th volume of the series. The story goes around from the Mugen train arc that was covered in the record-breaking movie Demon Slayer: Kimetsu No Yaiba- The Movie: Mugen Train and the second part covers the entertainment district arc.

The story begins with Tanjiro, Zenitsu, and Inosuke along with Nezuko going on a train on which Rengoku the hashira is already traveling so as to catch and kill a lower moon who was causing havoc, killing dozens and dozens of humans just to grab the attention of a hashira whom he can kill which would later prove his worth to Muzan the immortal king of Demons. Basically, it just elaborates and portrays in detail every part that was shown in the movie. This covers up to 7 episodes of the 2nd season.

The 2nd half of the second season of Demon Slayer covers up the entertainment district arc which revolves around our main characters Tanjiro, Zenitsu, Inosuke, and Nezuko, and the flashy hashira Uzui Tengen. The story begins with our main 3 having rehabilitation in the Shinobu household when Uzui comes by and picks up Aoi Kanzaki.

The 3 who try to stop him later end up being recruited by him for the upcoming mission of catching an Upper moon who is said to lurking in the darkness of the entertainment district. The story continues on with the main 3 disguising themselves as young women who are being sold so that they can browse for more information and find Uzui’s three wives whom he hasn’t heard from for a while.

The story proceeds to the part where they end up finding the Upper moon six a demoness named Daki. The main 3 have an intense fight which is given fruition by Uzui who flashily cuts her head off. But to their surprise even after cutting her head off with a nichirin blade, she does not die, rather she starts weeping and calling out to her brother (oni-chan).

The main fight sequence begins here when our demon slayer corps representatives realize that the upper moon six is not one demoness but a pair of siblings Daki and Gyutaro. The intense fight begins with Inosuke and Zenitsu facing Daki while Tanjiro and Uzui face Gyutaro. They gradually do win the fight but Uzui ends up losing an arm and also gets poisoned by Gyutaro and the other 3 also end up drastically injured.

With everything going around Uzui is surrounded by his wives thinking that he is about to die, at the very verge point Nezuko comes by and performs her demon art which negates the poison that had spread in Uzui’s body. He does not get his hand back of course but everybody gets pretty much treated and we know that they will survive.

When we think this is the end of the story the Serpent Hashira, Obanai Iguro appears and down-talks Uzui for struggling so much against weaklings (according to him) like them. This basically hints towards our next arc the most awaited Swordsmith Village Arc.

MUST READ || The Disastrous Life Of Saiki K Season 4 Release Date Has 70-30 Chance!

Demon Slayer (Kimetsu No Yaiba) is written by Koyoharu Gotouge which is the mangaka’s pen name since she has not yet revealed her real identity. In fact, her gender was also under the veil for quite a long time until an anime staff accidentally referred to her as a woman in one of the Madfest panels.

Since the manga for Demon Slayer ended back on the 18th of May, 2020 the base story for the anime to follow is already set, that is, Koyoharu Gotouge is currently rewatching movies and series about aliens and similar such genres which piques her interest.

In a recent fan book, she suggested having an inspiration for her new work which has raised the expectations of the Demon Slayer fan group. We hope we’ll soon be able to see her funny depictions of an alligator with specs out there narrating a fabulous story for another manga.

Why Should You Watch Demon Slayer?

Demon Slayer has quite a storyline revolving around the main character who is nothing like the vast majority of characters. As in, of course, he is a likable character out there thriving for a motive and also has a gore back story. What makes it even more different is that it has one hell of a world-building and the main character is not somebody who wins always, rather he is somebody who fails and loses all through the series.

Adding more to all the above points it tends to only have about 20-25 episodes per season which make it easier to binge and if there were to be a competition to rank new animes out there Demon Slayer would most probably be in the top 5. The main character is a strong-willed character who tears up at moments that touches the viewer’s heart, that is, the character design is phenomenal in its own way too.

If you are waiting for the series to be made available on Netflix to binge-watch it but are still curious about the contents it would have, then you can watch the trailer for Demon Slayer Season 2 on YouTube or Crunchyroll.

And if you are somebody who has heard the name Demon Slayer for quite some time but has not yet watched it, consider this article a single to do so. You can watch the trailer for the first season on Netflix, Youtube, or Crunchyroll.

Where To Watch Demon Slayer Season 2 Online If Not On Netflix?

Since the 2nd season has not been picked by Netflix yet and they have not yet announced or hinted about doing so anytime soon it might be quite a job to shut away your curiosities about the events that the 2nd season would be revolving around. If you are so curious and are on the extreme limit of patience you can watch the 2nd season of the series on Crunchyroll.

And like I mentioned above if you are somebody who has not started watching Demon Slayer yet, consider this a signal for doing so. You can watch the 1st season on either Netflix or Crunchyroll and can later binge the second on Crunchyroll or can wait till Netflix decides to make it available for the users.

MUST READ || DanMachi Season 5 Release Date: Is The Anime Ever Coming?