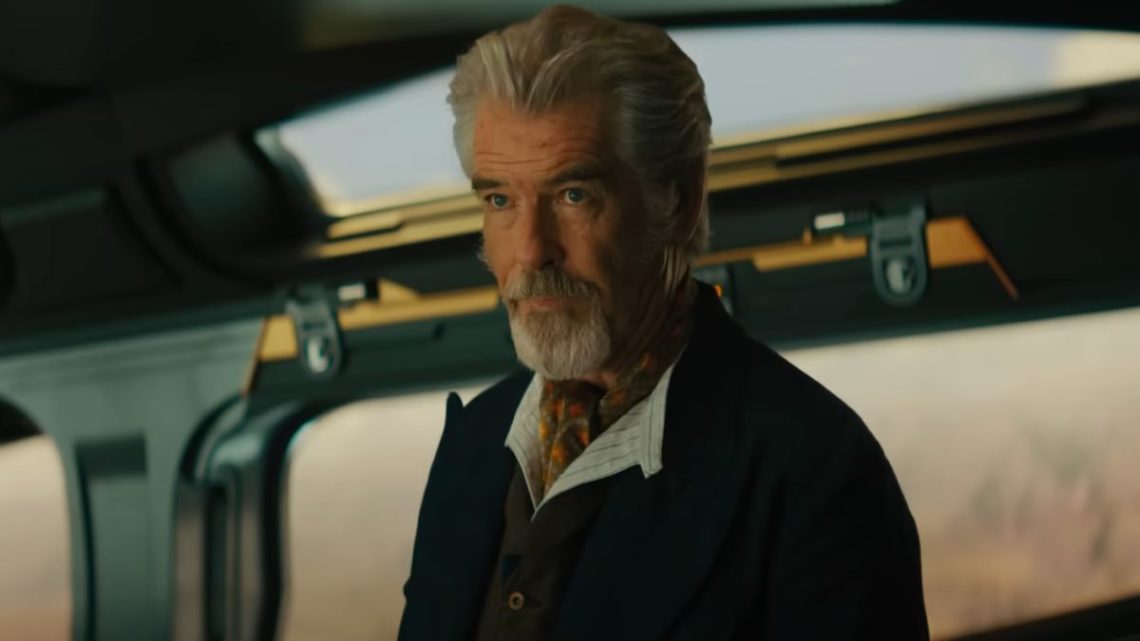 All DC fans might know who Doctor Fate is. Doctor Fate is a character seen in the DC Extended Universe’s film Black Adam. Black Adam was released on October 20, 2022. The movie is based on the DC comics. The movie was directed by Jaume Collet-Serra and is distributed by Warner Bros. Pictures. The cinematography is done by Lawrence Sher. It is produced by DC Films, New Line Cinema, Seven Bucks Productions, and FlynnPictureCo.

Pierce Brosnan played the character of Doctor Fate / Kent Nelson in the film. The fans praised Dwayne Johnson, who played Teth-Adam / Black Adam in the movie, and also appreciated him for giving importance to the character of Doctor Fate. Other main casts of the film include Aldis Hodge as Carter Hall / Hawkman, Noah Centineo as Atom Smasher, Sarah Shahi as Adrianna Tomaz, Marwan Kenzari as Sabbac, Quintessa Swindell as Cyclone, Mo Amer as Karim.

Among all the characters in the film, Doctor Fate played by Pierce Brosnan was liked the most by the audience. Dwayne Johnson replied to a tweet from the fans praising Doctor Fate and promised that the fans will see more of Doctor Fate. The movie failed to show the back story of certain characters which the audience would have enjoyed more. Black Adam is termed one of the best movies in the DC Universe by the audience.

Black Adam has an overall rating of 7.1 out of 10 on IMDb with 94% of people liking the film on Google. The action, superhero element, story, and visual effects were admired by the fans. Neo-colonialism is a topic that is a real issue but is not discussed or shown much. Black Adam successfully managed to engage the audience by addressing the social topic in an excellent way. Many critics did give a bad review of the film but the audience loved the film.

Some also compared the film with Marvel movies. It is reported to be the best antihero film since Deadpool. The antihero Dwayne Johnson, popularly known as The Rock was loved by the audience.

The film is a must-watch in theatres with your family or friends.

Dr. Fate is one of the founding members of the Justice Society of America (JSA). The character’s original version was created by writer Gardner Fox with the artist Howard Sherman. The first look debuted in More Famous Comics in the year 1940. Dr. Fate has appeared in many forms of incarnations with different names and individuals to increase the strength of the character.

Dr. Fate is a powerful sorcerer and is mastered in the art of spell-casting. He has many magical abilities, including flight, invisibility, necromancy, dimensional traveling, and teleportation. The magical Corinthian helmet called the Helmet of Fate makes Dr. Fate the most powerful than other bearers as the helmet grants godly level powers. The Helmet is considered the most powerful artifact in the DC Universe.

The one with the Helmet of Fate is automatically granted the Amulet of Anubis, which is created by the death god himself. It has many abilities to control minds and also resist physic/astral probing. Any superhero with endless powers also has some weaknesses. With all the powers, Dr. Fate has lots of weaknesses too. With the removal of the Helmet of Fate, Dr. Fate suffers from weakness. He can’t cast another spell to his existing spell to nullify it. His abilities can be disrupted by divine sources.

He worked with Spectre to save the planet. It is known that he gains wisdom and knowledge related to magic from the Helmet of Nabu. He also has the ability to capture all of his opponents inside his amulet called the Amulet of Anubis. According to the comics, Nabu gave the magical powers to Dr. Fate. In the DC universe, Kent Nelson is said to be the best Dr. Fate till now.

ALSO READ|| Where Did John Wayne Gacy Live? Is It Still There?

As fans of the DC universe and Dr. Fate, we all hope that Dr. Fate isn’t dead. But in DC Extended Universe’s new movie Black Adam Dr. Fate is seen dying. It is seen that DC has always mentioned Dr. Fate as the Helmet bearer and not as a person. Dr. Fate’s weakness is known to be his physical form. Pierce Brosnan played the role of Dr. Fate in the film.

Doctor Fate is the senior member of the Justice Society and the one who adorns the Helmet of Fate. Kent Nelson is the son of an archaeologist. He discovers the tomb of Nabu the Wise with the help of his father. The mystic-sentient helmet chooses its master. After attaining it, Doctor Fate also masters his powers and also excels in various sorcery abilities. Pierce Brosnan as Doctor Fate wore a motion capture suit in Black Adam.

The story of Black Adam is quite interesting. The story is of a son transferring all his powers to his father, to save him. The son gets killed. Teth-Adam is the father, who is considered a threat by the Justice Society. In order to save a child, Teth-Adam uses his powers but ends up almost killing Adrianna and Amon. He gets traumatized knowing that his motive to save one’s life could have taken the lives of many.

Teth-Adam says “Shazam”, the word which strips off his power. He can regain all his powers by saying the same word. Teth-Adam is imprisoned in prison. The prison is situated underwater. The Justice Society also took care that the word “Shazam” is not said by him. Sabbac rises, and in order to stop him the Justice Society struggles but everything goes in vain. Doctor Fate knew that Teth-Adam could help them stop Sabbac and planned to wake Teth-Adam.

In the fight, Doctor Fate gets killed by Sabbac. The barrier around the throne gets dismissed after Doctor Fate’s death. The Justice Society decides to fight Sabbac and also save the people of Kahndaq. Hawkman uses Doctor Fates’s helmet. The helmet helps to project copies of Hawkman. This distracts Sabbac, and Teth-Adam kills Sabbac by tearing him in half.

Who Is Next Dr. Fate?

In the film, Doctor Fate was shown dead. There surely will be some theory, to show Doctor Fate. The theory or the story behind his reappearance might be interesting for the DC fans to look forward to. The character was very underrated until the release of Black Adam. The character of Doctor Fate is of much importance in the coming DC Universe. Seeing the importance given to the character in Black Adam, the audience is also hoping for a separate movie for Doctor Fate.

Pierce Brosnan is popularly known as James Bond for starring in the Bond film series. In one of the interviews with the cast of Black Adam, Pierce Brosnan was asked whether he will be seen in the upcoming movies as Doctor Fate. Pierce said that he might be reprising his role as Doctor Fate in the future. His sacrificial death left all the fans heartbroken.

The audience would love to see more of Pierce Brosnan as Doctor Fate in the upcoming era of DCU.