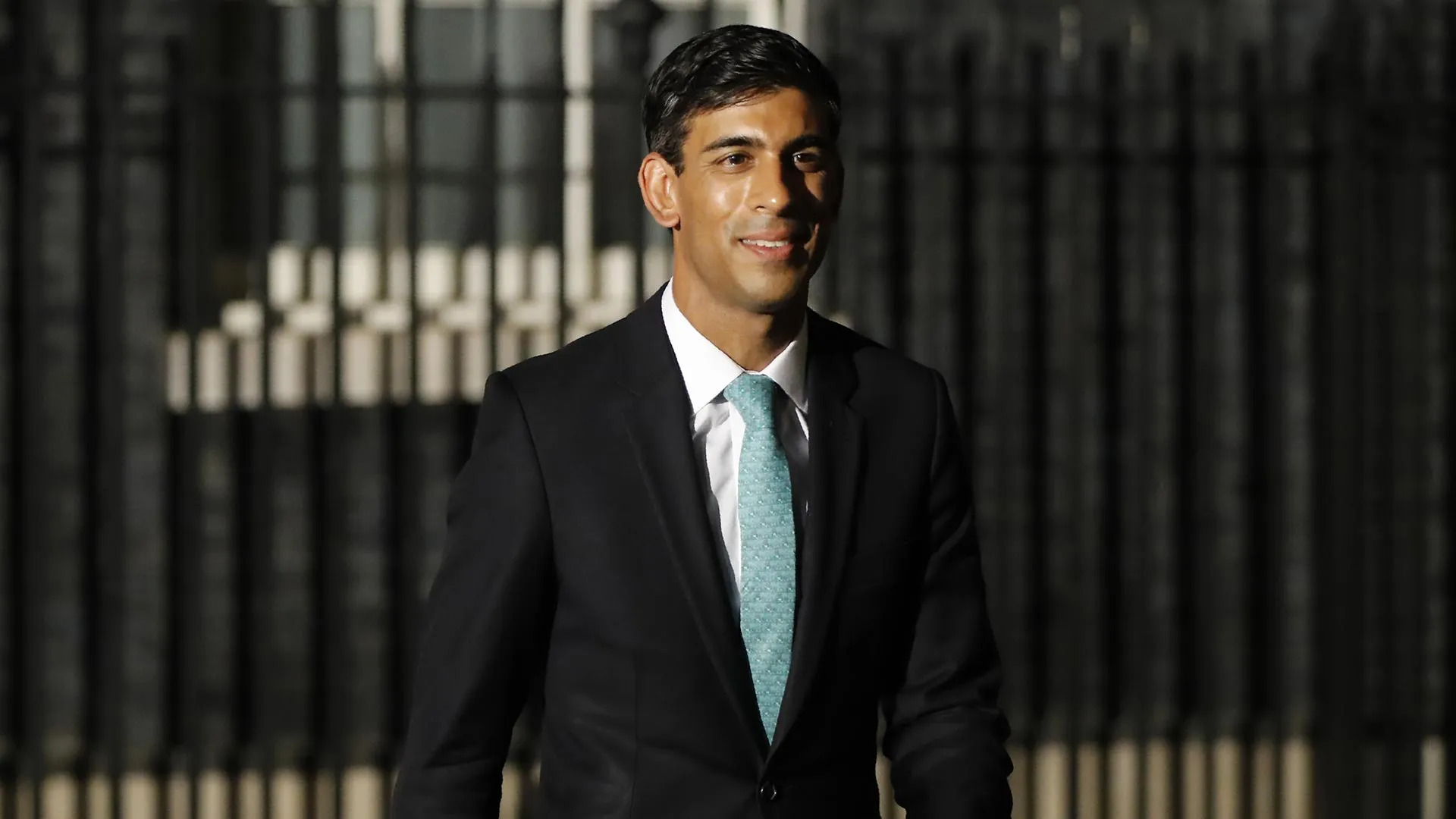 Ever since the public received the news of Rishi Sunak’s becoming the prime minister of the UK, people have been curious about the striking and glorious personality that is Mr. Rishi Sunak. And why not? After all, his ethnicity is Indian and that naturally makes him so much more likable in the eyes of Indian people. It is also interesting to know that Mr. Sunak is the son-in-law of Mr. Narayan Murthy and Mrs. Sudha Murty, the billionaire businessman and the founder of Infosys and the Padma Shri awardee respectively. Sounds impressive, doesn’t it? Keep reading and we assure you, you’ll come to know more such interesting facts about Rishi Sunak.

Rishi Sunak is the current serving prime minister of the United Kingdom. Before that, he also served as a member of the Conservative Party and worked under Boris Johnson when he was appointed as the Chief Secretary to the Treasury by him on July 24, 2019. He was re-elected in the general election of 2019 with a majority of 27,210 or 47.2%. His political career started way before all of this, in October 2014, when he was selected as the Conservative candidate for Richmond (Yorks) defeating his opponent, Wendy Morton. He served as a parliamentary Under Secretary of State for Local Government from January 2018 till July 2019.

Where Does Rishi Sunak Come From?

Rishi Sunak was born in Southampton, Hampshire, England on May 12, 1980. His parents are Mr. Yashvir Sunak and Mrs. Usha Sunak, both of Punjabi descent. His parents are African-born and follow the Hindu religion. Rishi’s father, Yashvir Sunak was born and raised in Kenya, East Africa in the Colony and Protectorate of Kenya. He is currently a GP (General Practitioner) in NHS (National Health Service). Rishi’s mother, Usha Sunak was born and brought up in Tanganyika (present-day Tanzania), East Africa, and has a degree from Aston University (Birmingham, England). She is currently the director and pharmacist at the Sunak Pharmacy in Southampton, England.

Coming to Sunak’s ancestry, his grandfathers were born in Punjab Province in India, during the colonial era. They migrated from East Africa in the 1960s with their families to the UK. Sunak’s paternal grandfather was born and brought up in present-day Pakistan in Gujranwala and moved to Kenya (Nairobi) in 1935. He worked there as a clerk and was joined by his wife (Rishi’s paternal grandmother), Suhag Rani from Delhi in 1937.

Sunak’s maternal grandfather, Raghubir Sain Berry MBE had an arranged marriage with his maternal grandmother, Sraksha (at the age of sixteen) when he worked as a tax official in Tanganyika. The couple had three children. In 1966, the family moved to the UK. He joined the Inland revenue as a collector when he went there. In 1988. Mr. Raghubir Berry was appointed as a Member of the Order of the British Empire (MBE).

In October 2014, Sunak was selected as the Conservative candidate for Richmond (Yorks), it is the safest seat and being held by the Conservative party for over a hundred years. Also, later in 2014, Sunak worked as the head of the BME, Black and Minority Ethnic Research Unit of the center-right think tank. He also co-wrote a report related to BME communities in the United Kingdom. He supported Brexit, which meant the UK leaving the European Union at the EU Membership Referendum in June 2016.

Later that year (in 2016), Sunak also wrote a report for the CPS, Centre for Policy Studies in which he supported the establishment of free ports, which was done after Brexit. In 2017, he published a report commending the formation of the retail bond market for medium and small-sized enterprises. Sunak worked as a British chancellor when he opposed Joseph Biden’s (US President) plan to introduce a minimum of twenty-one percent global business tax. He voted for the then-PM of the UK, Theresa May’s Brexit withdrawal agreement.

On February 13, 2020, Sunak was promoted to Chancellor of the Exchequer from Chief Secretary to the Treasury, due to part of a cabinet reshuffle. Sajid Javid (former Chancellor of the Exchequer) resigned from his position, as a result after a meeting with then-prime minister Boris Johnson. Sunak’s promotion was seen as something of a “good omen” for the future of the UK and him to be able to fight bad ideas was a fortunate event for the country.

Rishi Sunak is known as people’s favorite candidate to be the prime minister of the UK. He also believes in gender equality and mainstreaming LGBTQIA+ rights. In a debate, he said that he wants the UK to be the greatest and safest country in the world to be LGBT+. According to him, prejudice against trans people is ethically and morally wrong and should not be practiced in any form. Moreover, he stated that the Conservative party is a welcoming and open community, which acts as a family when it comes to the inclusion of diversity, no matter what background or culture people belong to.

Sunak opposed the fascist policies of his opponent in the race to being the prime minister of the UK, Liz Truss. He supports Ukraine in the ongoing invasion by Russia. However, he opposes the intervention of the British military in the same. According to popular media, he is perceived by the people as a pragmatist, including the members of the Conservative party and also his opponents. When the racism issue was faced by people, including George Floyd’s murder on May 25, 2020, Sunak opened up about facing such issues himself in his life and also about his family, when they moved to the UK in the 1960s. He is one of those people who believe that there’s no shortcut to success and that it’s achieved by hard work, perseverance, and honesty.

Mr. Sunak attended the prestigious Stroud School, which is a preparatory school in Romsey (a town in England), and was a bright student since the start. Later on, he attended Winchester College and was a head boy there. Winchester College is a boys’ independent boarding school. He also worked as a waiter at a curry place, during his summer holidays in Southampton, Hampshire (England).

He studied PPE (Philosophy, Politics, and Economics) at Lincoln College, Oxford University, and graduated there in 2001. While he attended university at Lincoln College, he also took on an internship at CCHQ (Conservative Campaign Headquarters, formerly known as COO, Conservative Central Office). He also attended Stanford University to pursue an MBA (Master of Business Administration) in 2006, and he was a Fullbright scholar there.

Between 2020 and 2022, Sunak was appointed as the Chancellor of the Exchequer (head of his majesty’s Treasury). The first budget of Rishi Sunak was made public on March 11, 2020. The budget included an additional thirty billion pounds, out of which twelve billion pounds were to be allotted to the mitigation of economic effects that took place due to COVID-19.

There was also a controversy that aroused due to Sunak’s wife, Akshata Murty’s non-domiciled status, meaning that she did not have to pay tax to the US government, as she was not a citizen of the UK. Keir Starmer, Leader of the Labour Party accused Sunak of “taxation hypocrisy”, bringing it to the public that on one hand, Sunak was putting up taxes for British citizens and on the other, his family has reduced the liability from paying the taxes themselves. Later, an investigation was carried out to check Akshata’s taxation status and it was found that they haven’t broken any ministerial laws.

On July 5, 2022, Sunak resigned as the Chancellor of the Exchequer, just moments after Sajid Javid resigned as the health secretary of the UK. All of this happened amidst the controversy of sexual harassment allegations against Chris Pincher (who served as a Member of Parliament for Tamworth). According to Rishi, his resignation was due to the improper and incompetent functioning of the British government.

Rishi Sunak lives with his wife, Akshata Murty, and two daughters, Krishna and Anoushka Sunak in their newly refurbished West London home. His brother, Sanjay Sunak is a psychologist while his sister, Rakhi Williams is the Chief of Strategy and Planning at ECW, Education Cannot Wait, the fund for global education by the United Nations. Sunak met Murty while they were studying at Stanford University.

Sunak’s relatives include the famous Sudha Murty (mother-in-law) and Narayan Murthy (father-in-law). Akshata Murty is a British-based businesswoman, venture capitalist, and fashion designer. As of 2022, Sunak and Murty are two hundred twenty-second richest people in Britain. She is a director of Digme fitness and the UK Subsidiary of Soroco, an IT business company. Sunak and Murty own a new house in Earl’s Court in Central London as well as Kirby Sigston Manor in the village of Kirby Sigston (North Yorkshire) and a flat on Old Brompton Road, New Hampshire. They also own a penthouse apartment on Ocean Avenue in Santa Monica, California.

MUST-READ| Ratan Tata Net Worth: How Much Sir Tata Earns? Does It All Goes To Charity?