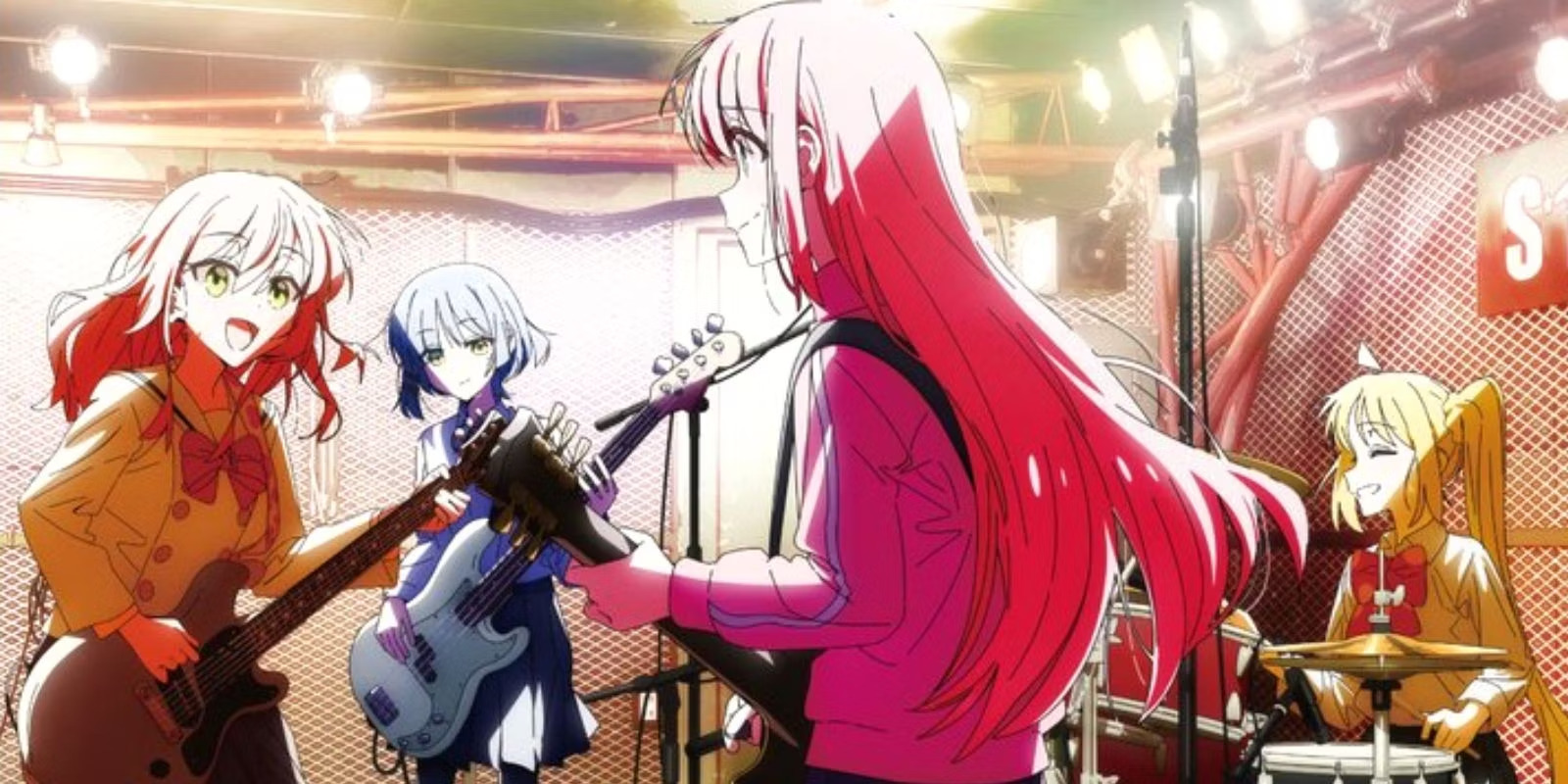 Bocchi the Rock is a famous Japanese manga series. It is written and created by Aki Hamaji. It is published by Houbunsha in the Magazine called Manga Time Kirara Max. It is a four-panel manga and has four volumes. Its first volume was released in December 2017.

And currently, it is also published as a series by CloverWorks. Its first series was streamed on 9 October 2022.

It is a story of a girl name Hitori Goto. She is a very shy and introverted type of person. And due to her social anxiety, she doesn’t have any friends, and to make some friends she decided to learn guitar so she could become part of the band. This series represents her journey.

Bocchi the Rock is a huge manga nowadays. It has a huge fanbase and everyone is excited about the release of the 4 Episodes. Manga Lovers cannot help themselves. Well! the wait will pay off and the new episode of Bocchi the Rock will be released on 30 October 2022.

Bocchi the Rock episode 4 story is hidden in plain sight of the creators.

The upcoming episode story has no clue. But as per the sources, we will see Bocchi grow as an individual, she will try to get more comfortable with her bandmates. Her growth will eventually take time. She will put some effort to talk to other people and make her place. And on the other hand, the other members of the group will also get ready to perform and make new songs.

Kita will try her best to learn guitar, we can see Kita blushing around Senpai, may they get closer in the upcoming episodes. The audience will see Bocchi making sceneries in her head, which she does every time. She will try her level best to avoid social interactions. Let’s see how this goes, but as an audience, we will have a great time enjoying seeing this rollercoaster journey.

The episode starts with Boochi’s mundane sceneries and her disappointment with herself. She is tensed that she can contribute to her band. When she reached school, she found two of her classmates talking about a girl name Hito, a singer and vocalist, and then Bocchi got the idea to invite Kito, and this is the time of Bocchi’s two disappointments of the day.

First, she suddenly spoke between the girls who were talking in the class, Bocchi wanted to melt down because of what she did, she made woven thousands of thoughts in minutes. And the second trauma of the day was the interaction with Kito. Bocchi somehow made the courage to talk to her and as soon she met her, Bocchi lost all his senses, she couldn’t utter a single word and made an embarrassing situation in front of Kito.

Bocchi ran away to the basement and started singing songs, to calm herself down. But at this event Kito silently listens to her and is very impressed by her, she becomes a fan of her at that moment. Kito forces Bocchi to teach her how to play guitar because she tricked a band group and lied that she knows how to play guitar, and she ran away. She is embarrassed because of that and wants to apologize for her deed. Bocchi on the other hand is still confused.

Bocchi and Kito decided to go out to a local place, and suddenly Bocchi band mates approached, and by coincidence, Bocchi’s band was the band only to who Kito lied. Everyone sat down in the bar in which the band is going to perform tonight, Kito apologized for what she did and the members are ready to forgive her and invite her to join the band as an assistant, Kito happily agreed. She loves to talk to people and is excited to work.

And on the other hand, Bocchi is a little surprised that they didn’t give her as many chances as they are giving Kito. At night when the performance ended Kito told them that she cannot work there because she don’t want to disappoint them again and she don’t deserve this. But Bocchi and the Band group made her stay. They want Kito to learn and join the group as a guitarist and vocalist.

Where to Watch Bocchi the Rock online?

Bocchi the Rock manga series, is available on various online manga streaming platforms. You can watch it on Reddit and other websites too.

MUST-READ| Magi Season 3 Release Date: Will The Anime Be Renewed?