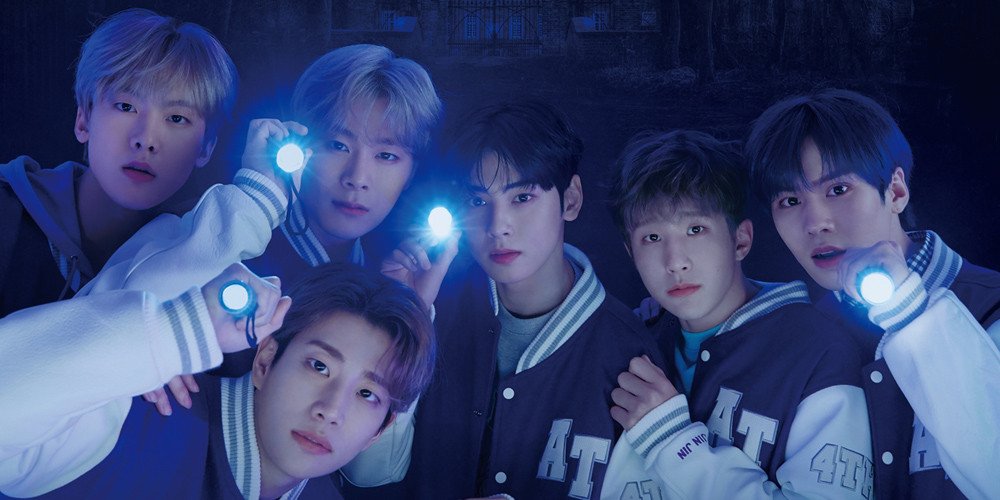 The publicity and fandom of K-pop are top in the world and one of the famous groups of Kpop includes ‘Astro’. It is the South Korean Band of male singers. It consists of six significant members MJ, Jinjin, Cha Eunwo, Moonbin, Rocky, and Sanha. The group debuted on 23 February 2016, under Fantagio Entertainment.

Their genre is electropop, Synth-pop, and R&B. They first entered K-pop through Spring Up, it was the extended play of the boy group. It was released both in a digital album as a Live performance. The play consists of Hiding & Seek released on 23 February 2016 and Cat’s eye published on February 25, 2016.

The Astro birthday dates are really important for the fans as this is a special day for them. They always tend to celebrate their presence.

MUST-READ| What Is The Status Of My Secret Love Season 2 Release Date?

Stage name MJ. Fans also call him ‘The Happy Virus’. He has a fun nature and cracks a lot of jokes. He is one of the most popular K-pop ideals in South Korea. He is a singer, actor, and model. He completed his education at Global Cyber University. He is the vocalist on the team. In 2014, he became a member of Teen Boys, a team consisting of other members of Astro.

He is also a solo artist and on December 23 he performed his first solo track Cheok Cheok. Some of his super hit songs of MJ are Hello, All Eyes on You, and Tear Rain all released in 2020. He is also an actor and has done several Web series, Television Shows, and Web Shows. Some of his famous acting work was seen in ‘To be Continued’ which was his debut series, Sweet Revenge, King of Masked Singer, Insane Insane Quiz Show which was a web show, and Blanket Kick at night which was also a web show.

is professionally known as Jinjin. He is a rapper, singer, dancer, model, and music composer. He and Rocky is the duo team of Astro. He is famous for his drumming and vocalist. He was also a member of Teen Boys. On December 22, he performed his first solo song ‘Mad Max’ which was written and composed by him. He and MJ composed Bloom which was released on 16 January 2019. He composed Lights On. He made his acting debut through the web series ‘To be Continued’ and had several hits in his career. My Romantic Some Recipe, Sweet Revenge, and Soul Plate are some of his web series. Endline, New beginning, and New World are some of his web shows.

also known as Cha Eun-woo. He is the most intelligent member of the boy band. He has a very sophisticated kind of personality. He is an actor, singer, and model. He is famous as a vocalist and made his acting debut through ‘My Brillant Life’.

He was also part of Teen Boys in 2015. He became the host of several Korean shows one of which was’ Show! Music Core’. He was cast in various famous Korean web shows, web dramas, and movies. He was cast in Sweet Revenge, Gangnam Beauty, Rookie Historian Goo Hae Ryung, Handsome Tigers, Master in the House, and the very famous ‘True Beauty. He did, Hit the Top, A Good Day to Be a Dog, Island, and Master in the House. Cha Eunwoo is also called ‘Face Genius’. He wrote the lyrics for the summer single No ‘I Don’t’ with Rocky and Jinjin.

stage name is Moonbin is one of the famous members of the Astro boy band. He is an actor, model, and model. He has a duo team with Sanha. He first started working as a child model. He debuted as ulzzang and appeared inv various music albums at that early stage. He acted in Boys over Flowers. Became a member of Teen Boys and then in 2015 became a member of Astro.

He was the only member of Astro who was cast in The Ultimate Watchlist, he came in ‘To be Continued’ and ‘Moments of Eighteen’. His career has given several web dramas, television shows, and web shows. Some of his famous work was’ Boys Over Flowers, Forever Young, Moment of Eighteen, My Romantic Some Recipe, Soul Plate, Idol fever, and The Mermaid prince, No Going Back Romance, Food Avengers, Show Champion’. He hosted various shows’ Incheon K-pop Concert’, and Gangnam Festival K-Pop Concert. He is a very warmhearted person in real life and has a pet cat. He loves playing video games, and his favorite instrument is the piano.

is also known as Rocky. He is an actor, model, music composer, and singer. He is one of the handsome boys in the band group. He is the lead dancer and rapper. He debuted as a child. He became part of Teen Boys along with the other members. He has also been in various Korean reality TV shows. He worked in’ To Be Continued’ and performed in ‘Lotte World Rising Start Concert performance’. He did several dramas, web series, and movies.

‘Hit the Stage, Hyangjon of Youth, Find Me if You Can, and Broke Rookie Star’. He also participated in Korean got talent.’ Idol Coming to work’ and ‘King of Mask Singer’ was his Television shows. Some of his web shows are Dance War, Work hard play, Ready, Set, CAST and Endline, and A new beginning. He also performed in theaters in the year 2022 in ‘The Three Musketeers. He created his choreography for Astro MV’s ‘Fireworks’ and ‘Wake up call’. He wrote several lyrics for a song for Astro. His fandom is called ‘Pebble’.

stage name Sanha. He is the main lead vocalist in Astro. He is the youngest and most handsome in the band. He is a singer, model, and actor. He is also part of a duo with Moonbin. Being the youngest in the group he got more opportunities in his career, He worked in various dramas, web shows, television shows, and reality TV shows and hosted various TV shows too.

He hosted Yogobara. Gave his magnificent performance in ‘24 Hour’ published in 2022, ‘Because I’m a Fool, and ‘One More Chance’ and Break in 2020. He did ‘Crazy love’ a very famous Korean Television series. He came in ‘To Be Continued, Soul Plate, Love Formula 11M, and Your Playlist. He did various reality shows King of Mask Singer, Yogabara, Law of the Jungle, and Show Champion. Some web shows are Isna Oppa and Challenge in 2022. He also did a talk show with Moonbin Blanket Kick at Night.

The member of Astro first debuted as ‘Teen Boys’ which is also a K-pop band. They all officially entered the real Korean band era in 2015, and soon after their launch through Spring Up that album got them the center of attraction for them. They were launched in the web drama To Be Continued. The second release hit was Summer Vibes, followed by Autumn Story. They published Winter Dream, an album of Should Have Held on (Again), Dream Part. 0.1, Baby, Crazy Sexy Cool which was part of Dream Part 0.2. They Always released You in 2018. In 2019 they sang All Night, Yunus, and Blue Flame. In the following year, they published three songs One &Only, Gateway, No, I Don’t and All Yours, Switch On in 2021. In the year 2022, they released Drive in the Starry Road.

They also did a Korean film Stargazer Astroscope in 2022. Some of Astro’s Reality shows are Astro Ok! Ready, Astro Project: A, Si. A Thousand Days of Astro, Astro Zone, Astro Hostel.

Astro won Asia Artist Award for Most Popular Artists (singers) in 2016, the Male Idol popularity Award in 2017, and the Best Musician Award in 2021. They won Dahsyatnya Awards in 2017 for Outstanding Guest Star and The Fact Music awards for Artist of the Year (Bonsang) in 2021. The Gaon Chart Music Awards for New Artist in 2017 and Album of the year in 2020 for All Light.