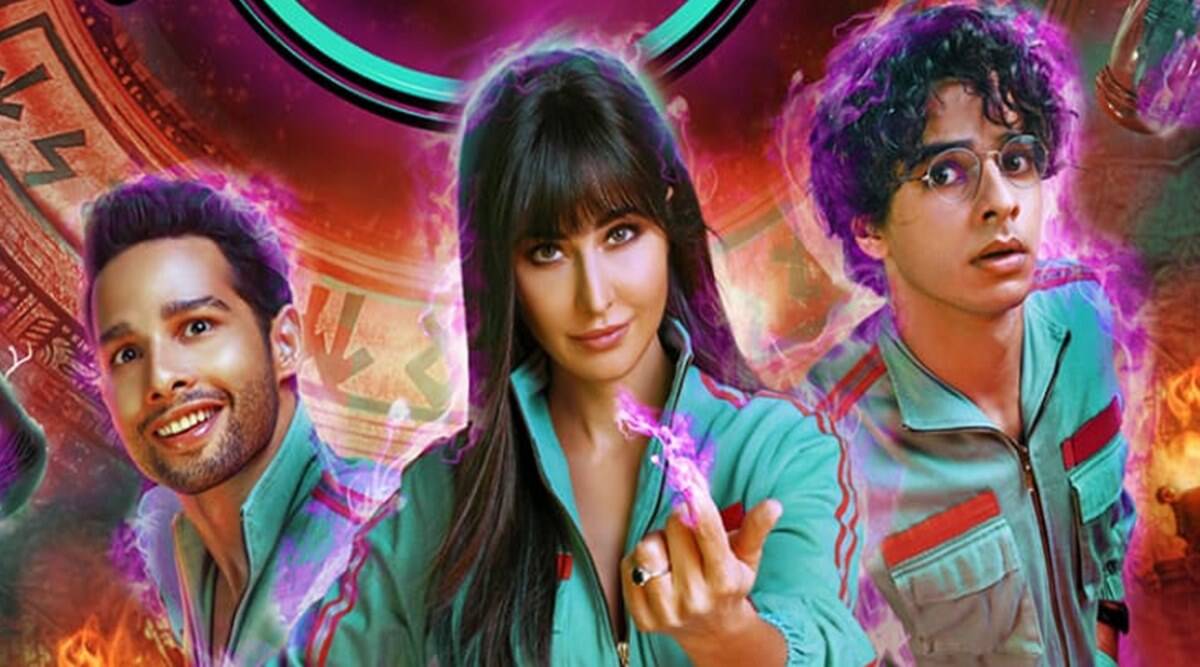 Phone Bhoot is a Hindi comedy-horror film. The film is directed by the Gurmmeet Singh the assistant director of infamous films like Don ad Jodha Akbar. He also directed the widely-known series Mirzapur. He was the director of other movies like Sharafat Gayi Tel Lene (2015), What The Fish (2013), and Warning (2013) he also directed Vishal Mishra’s music video named Aaj Bhi. He was both the director and producer for the television series Inside Edge.

He was also the assistant director in movies like Gandhi, My Father, Ramji Londonwaley, Chai Pani Etc., Fukrey Returns, and Let’s Enjoy. Gurmmeet Singh was also the video editor for All I Want, Perspective, Kaash, and Chai Pani Etc. All his previous works have been quite a hit which raises our expectations for his upcoming film Phone Bhoot. The movie is produced by Ritesh Sidhwani and Farhan Akhtar.

Is Phone Booth A Remake?

Yes, after the release of Phone Bhoot’s trailer and the new posters it seems to be a remake of the American supernatural comedy film named Ghostbusters. The said film was directed and produced by Ivan Reitman and released way back in the year 1984.

Ghostbusters was given a rating of 97% on Rotten Tomatoes, a 4/5 on Common Sense Media, a 7.8/10 on IMDb, and was given a rating of 4.5/5 by the audience (Audience rating summary). The series was a pure fantasy comedy adventure that every movie lover who was active in the 80s and 90s has watched at least once.

Irrespective of the fact that Ghostbusters wouldn’t seem very scary to real horror movie watchers it sure is a fun movie. I hope Phone Bhoot would be able to reach the bar Ghostbusters have set for it has the same base story even if there were to be some minor changes or drifts.

MUST READ || Kantara Meaning: What Does It Actually Mean In The Film?

The movie mainly revolves around the characters played by Katrina Kaif, Siddhant Chaturvedi, and Ishan Khattar. The trailer suggests that Ishan and Siddhant are two horror freaks who wish to become ghost seekers and Katrina is a ghost who comes to them at the right time offering them a helping hand with her business idea of being people who would mend and release souls.

Later on, Ishan and Siddhant confront her asking her the reason for helping them as they would be profiting from the business as it would earn them handsome money which is of no use to Katrina Kaif as she is a ghost and that is when Jackie Shroff is revealed as the main villain with his name being Aatmaram and he seemed to be some sort of a tantric who was against the idea of these three freeing up souls. Katrina reveals that the reason she came to Ishan and Siddhant because she believed them to be the only one capable of stopping Aatmaram (Jackie Shroff) and this basically suggests that the climax of the movie would be about the main leads stopping him in a funny yet satisfying manner.

I hope the movie reaches out to its fans and wouldn’t disappoint the ones expecting it to be at least a one-time watch movie as the movie crew is filled with exceptional actors, directors, producers, and so on.

The trailer of Phone Bhoot was just recently released on the 10th of October 2022. The trailer has pretty much expressed all of what it has to offer. Irrespective of it being termed as a horror comedy it did not seem very scary but did genuinely seem like a movie to have good comedy.

If you still haven’t watched the official trailer for the same you can watch it on YouTube it is posted on the official page of Excel movies.

Where To Watch Phone Bhoot?

If horror comedy without much horror is sort of your thing I would suggest you to watch the movie in theatres, it is set to be premiered on the 4th of November 2022.

If you are an online person and prefer to watch the movie online on OTT platforms then, you will have to wait a little bit longer as the OTT release platform is not yet been decided or announced and will only be announced in the later half of December 2022 or by January 2023.

MUST READ || Is Kantara Based On True Story?