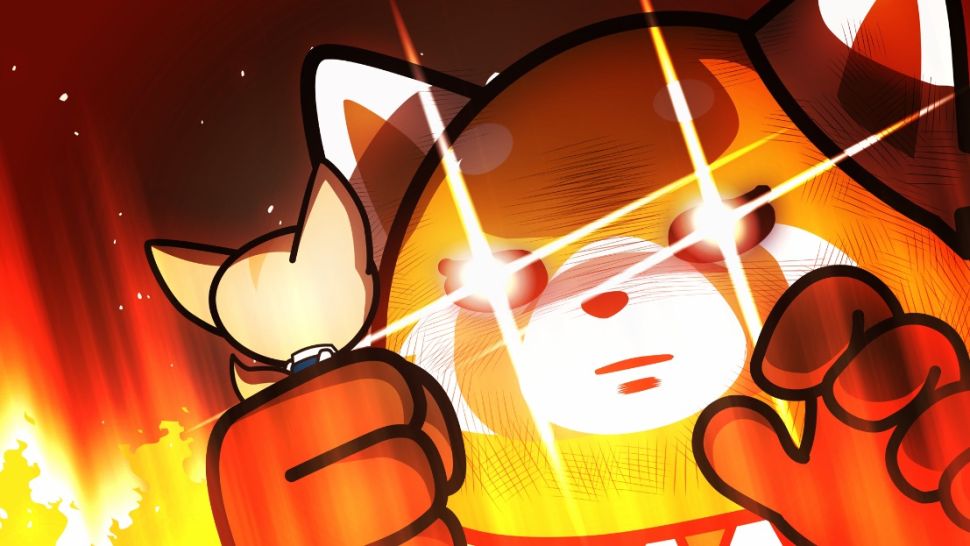 Aggretsuko is an anime that everyone working with sexist seniors can relate to. This series is not only for women but also for men who suffer from anxiety and have to deal with such chauvinistic seniors. This world-famous anime series is now in its fifth season and is all set to be released in 2023.

Though it is not yet confirmed, season 5 of Aggretsuko will be released in February 2023. The return of Aggretsuko was promised by the makers with a broad declaration at the end of season 4’s last episode.

Ever since Aggretsuko’s first season aired, the next season has followed an interval pattern of 14 months before it is aired. The first season was broadcast on April 20, 2018. 14 months later, season 2 was aired on June 14, 2019. The third season was officially released on August 27, 2020, and the fourth season was released on December 16, 2021. Following this pattern, season 5 should arrive in February 2023.

Retsuko, our aggressive protagonist, is a 25-year-old woman who is suffering under the thumb of her boss, Director Ton. She is the kind of person who everyone treats as a doormat, and no matter how much she tries, she cannot stop it. She is kind-natured, has a soft heart, and is cutely silly. Vocalists like Erica Mendez and Kaolip Rarecho have voiced Retsuko, Erica in English and Kaolip in Japanese.

Director Ton, portrayed as a combination of a tough exterior and soft heart, is the director of the accounting department. Though he tortures Retsuko and makes her do tasks that often seem degrading, he respects and cares for her. Ton makes Retsuko do things because he thinks she is going to be his successor, and he wants Retsuko to be fully prepared for it. The Japanese voice behind Ton is given by Souta Arai, while Josh Petersdorf gave him the English accent.

Haida is the male opposite of Retsuko, with a not-so-hidden crush on Retsuko. He is Retsuko’s colleague and shares similar interests and shortcomings with her. He is voiced by Shingo Kato in the Japanese language and Ben Diskin in English.

Aggretsuko is a series with a lot of characters who help portray the office environment. Characters like Fenneko, Gori, Washimi, and Komiya will hopefully contribute to this season as well. Season 5 will surely have more characters with Retsuko, Ton, and Haida leading the series again.

Aggretsuko Season 5 will follow its core plotline along with a unique touch to it. Aside from portraying the usual office humour, the makers will showcase Haida’s life after quitting his job and Retsuko’s life after joining the Japanese government.

This season will focus on Retsuko in a different workspace, and new problems will arise for her. As usual, the comic representation of job stress is on its way.

There is no official trailer released yet. As soon as Aggretsuko season 5’s release date is declared, we will get a funny trailer as well. Hopefully, this will happen in late December 2022, or early January 2023.

Aggretsuko Season 5: Where To Watch?

As Aggretsuko is a Netflix anime, season 5 of this series will air on Netflix in February 2023 as well.

In the past decade, Netflix has expanded the popularity of anime. Aggretsuko is one such anime on Netflix that has gained popularity during the pandemic. Animes were more popular in Japan and the countries surrounding it, but due to Netflix and animes like Aggretsuko, the anime industry has flourished more and now animes are loved worldwide.

Aggretsuko is a satirical comedy anime that deals with modern-day problems without stressing over the negativities too much. Rather, the series focuses on the development of Retsuko and her unique ways of dealing with these problems.

As everyone here agrees, the workspace of a person should contain optimism and helpful people. More often than not, this isn’t the case. Aggretsuko is a series that portrays an overbearing boss and an employee who has to bear with this boss. With colleagues who are more of a burden than a help, Retsuko has nowhere to turn but her karaoke bar, where she screams the death metal until all her frustration fades.

Retsuko suffers from social anxiety, underconfidence, and frustration problems. Despite suffering through all of these problems, she tries to be optimistic and bear all of these problems with a smile. She finds unique ways of dealing with stress problems and is always ready to help, even when she isn’t able to solve her issues.

One more problem with people this young is changing relationships. Retsuko is a single woman who is in search of someone special, and Haida is a man who is too anxious to voice his feelings. This leads to a romance that’s more hilarious than swoon-worthy.

The entire series revolves around this plot, with a comic touch to it that makes it the most famous comic anime.

This hilarious season was the first time we met our Red Panda, Retsuko. The season starts by showing Retsuko as a hard-working employee who is always trying to please her boss. The said boss enjoys belittling her and secretly roots for her in his twisted sense.

Ton orders Retsuko to serve him coffee, and she obeys. He tells her to do something, and she obeys. Throughout the entire season, we wait for her to grow a spine and tell his sadistic boss that it is not her job.

In the end, we do not get such satisfaction. Despite being a hilarious comedy anime, the ending of the season is not satisfying.

The second contribution to this series was far more based on Retsuko’s romantic life than on her work life. The first half of this season is devoted to Retsuko’s efforts to find someone special for her. Her mother has made it her mission in life to get Retsuko married. Retsuko realises that her job is taking up most of her time and energy, which leaves no time for her to develop a productive habit or continue a hobby.

One day, Retsuko watches Kabae, who is a working mother, and decides she wants what Kabae has as well. Retsuko decides to marry someone and create a beautiful life with him to escape her hellish workplace. This was the one point that was criticised the most throughout season 2 of Aggretsuko.

Another plot this season follows is Retsuko’s attempts to tame a self-entitled Anai, who is a fresher straight out of college and into her work department. Retsuko is assigned the task of training Anai, who is a rather spoiled child with a petty mindset. He troubles Retsuko and listens to no one. This plot was chosen by the makers to portray the problems of a trainer and the useless aggression of trainees.

What was hated in season 2 is something that is loved in season 3. Anai, who was known for his selfishness and arrogance, turned out to be the most beloved character in this season after Retsuko, of course. In this season, he expresses himself perfectly and pursues his cooking passion rather than blindly working in a department he is not interested in.

Haida’s character is developed more in this season, and he realises that Retsuko is the one and only woman in his life. The love triangle that prevailed in the previous season has been blown in this one. Haida and Inuei come to an end, and Haida and Retsuko’s love story blooms in this season.

The Japanese Idol theme this series followed was a slight change from the usual work-office theme but was very much welcomed.

Season 4 gets the workplace frustration back to the viewers, unlike season 3, and follows the set storyline of the show. In this season, Retusko is back as an accountant under Director Ton, and the workplace comedy has increased ten times.

When Himuru, the super strict, super mean leader, takes over Retusko’s company, he orders Ton to choose only the best people and kick out the rest. When Ton refuses, Himuru makes it his mission to make the office as stressful as he can. Retusko has to endure more stress and work twice as hard, which means double the fun for the viewers.

In this season, the romance between Retusko and Haida seems off. As Retusko has pulled her pop career short, she has to face the consequences of once being a pop star. Fans follow her and stalkers stalk her every move; even the paparazzi don’t go easy on her. In this situation, Haida offers to drop Retusko home every day, and while doing this, he confesses his utter devotion and love for her. The way this was presented was hilarious, no matter how silly it sounds.

At the end of this season, Haida was caught red-handed and the accusation of fraud against him was proved true. The fraud Haida was involved in could be the reason for Haida and Retusko’s fallout or it could serve as their relationship’s saviour.

Overall, this season was a great hit and has served as a smooth base for season 5, which is highly awaited.

MUST READ: Exception Anime Season 2 Release Date: Is The Anime Getting Renewed?