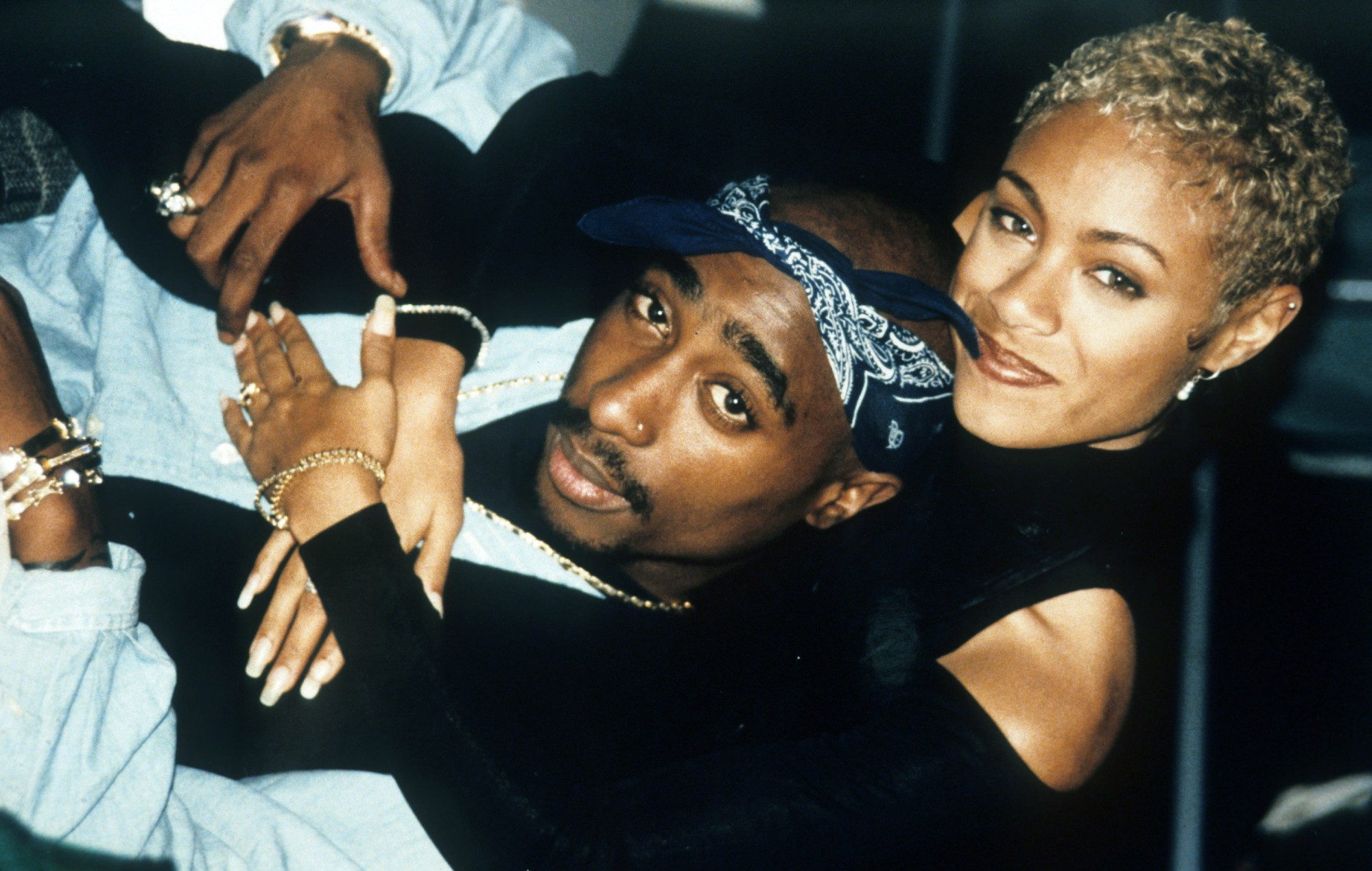 He was a man of words which he could keep and though there will always be e criticisms all over the world regarding him, his true fans will never leave his side. This year he would have been 51, a really special year, and in previous years during his bi9rthday month, a letter came into recognition or a poem as we may say. To whom was it written? None other than Jada Pinkett Smith, a name we all know, is continuously associated with Tupac, and many other controversies, and it was just not a letter, it was a poem, out of the many poems and letters Tupac used to write Jada.

Now last year only we came to know about one such poem or letter as we may call it written by Tupac to Jada. When she read it out online in memory of Tupac, it actually became very controversial, as people started supporting will smith out of nowhere and started commenting on Jada having taken care of Will’s feelings seeing how close Tupac is to her and stuff. Though none answers were given out by the couple, there was a lot of notable attention.

Now as we all know from Jada’s last year post Tupac used to write Jada and based on how their friendship had been over the years, it was quite commented upon and there have been many controversies. Though it was commented by Jada, that they never had a relation of lobe or anything of some sort, however, it was basically because the chemistry wasn’t there. It was much of friends and respect towards each other capabilities and that is something we all don’t know whether it is true based on how Jada has been. Now coming to Tupac’s letters and stuff, we have heard of many other letters being related to Tupac and some big names being related to those letters.

He was one of those people, who believed letters were one of the best ways of expressing oneself to another and that’s why from a very young age he has been into writing letters. We have also heard of the news of Tupac’s teenage letter being going to auction for a huge amount of money which he surely didn’t write to someone very known for being renowned but a girl from his school. Now when it comes to the letter that Jada Pinkett revealed the previous year, there have been a lot of controversies as we have mentioned, there has been firstly the controversy where people without any reason started taking will smith’s side, where the intention of the post was only to share a memory of Tupac and his greatness.

The poem if we hear it, had a quite unique message we can say, it was nothing related to love or anything of that sort. The poem was titled lost souls and you must not confuse it with a song he had made lost souls which is also available out there on the internet. Now this letter was unique because of the message it had, firstly it started as nothing which can be referred to as gold in a person life can last forever and this may have been a reference to love, success or fame, nothing was clear, and then he mentioned how everything changes or the innocence a person bears in himself changes with time. There have been certain things mentioned such as the evilness in the world and the activities which he has done and faced in life. There are various things one can make of that poem and the ending is referred to as one meets death however gold he may possess, and that’s the truth of life which he has mentioned. We will be giving the poem here and the entire post is available on the Instagram handle of Jada Pinkett smith which you can surely read and find out different facts about it.

Now coming to some other letters such as the one which he wrote to Jada and is titled Jada, here Tupac describes her as the most perfect black lady he could think of, filled with grace and everything. That poem is one heck of a controversial one and from that, we surely can’t make of the relationship that Tupac had with Jada obviously they had kissed once and that has been accepted by Jada on a talk show however there was no one to question Tupac about this, thus we are left with no choice but to come at various conclusions on our part. It has also been mentioned by Jada that Tupac used to write many letters to her, and though they haven’t been made public, we sure do know that there were many other poems, with many different meanings it and is completely up to Jada, whether she will let them be read by us or not.

It has been told by Jada in one of her interviews that she knew Tupac from a very young age and based on the resources, we can conclude that yes, they were friends from high school only. They actually read in the same class at the Baltimore school for the arts in Maryland and there Tupac wasn’t whom we see today. He was a very funny guy, quite unattractive we may say, or as it has been referred to by Jada herself. But when Tupac came and introduced who he is and how he is, it was like a deep hole in which she sunk. She was surely attracted to him and soon their friendship started., Tupac at that time used to be very poor and belonged to some gang, he was basically a revolutionary as has been mentioned by Jada and that too he got from his mother.

During their phase in school, Jada and Tupac did understand each other’s value and they did know that they were attracted to each other but as they decided to kiss and find out whether anything clicks between them, however, Jada describes the kiss to be disgusting and soon they realized nothing would happen between them in that sort. Tupac often told her that she was one great woman full of capabilities and believed in her a lot, and soon they went on different paths when Tupac went towards the north and Jada started struggling in her acting career. They were always in touch however there were many ups and downs in their relationship. They would often get into fights and Jada didn’t approve of the way he went though she isn’t ashamed of the relationship or the bond she shared with Tupac. To date, they deny being more than friends and it was also mentioned by Jada in one of her interviews that she does see Tupac as a friend and even as a brother.

As we all know by now, Tupac had a very unique kind of relationship with Jada and in the eyes of the world that wouldn’t be treated as a normal friendship, however, as mentioned by Jada and many other known figures of the industry they often had many problems among themselves. They wouldn’t talk with each for long periods of time and again get into contact suddenly and once it was also mentioned that Tupac got very angry when Jada wrote to him, not to harm Will in any way and Tupac took that very personally as he assumed Jada thinks of a very irrational person, who doesn’t think practically and acts violently all of a sudden however that is something Jada may have not tried to mean For those who don’t know, this incident actually happened.

When Jada was ready to date will and she may have thought that his sudden relationship with will may have angered Tupac by any sort or something like that, however, will smith had no comments on this entire situation. Though we also got information that before the death of Tupac, Jada actually had no contact with him and she wasn’t guilty of her not having contact but his death surely saddened her a lot. In another interview, it has also been mentioned that Jada was quite “angry” with Tupac for leaving her and going away when he was killed in the accident and she wasn’t ready in any way to accept the fact that she is no more.