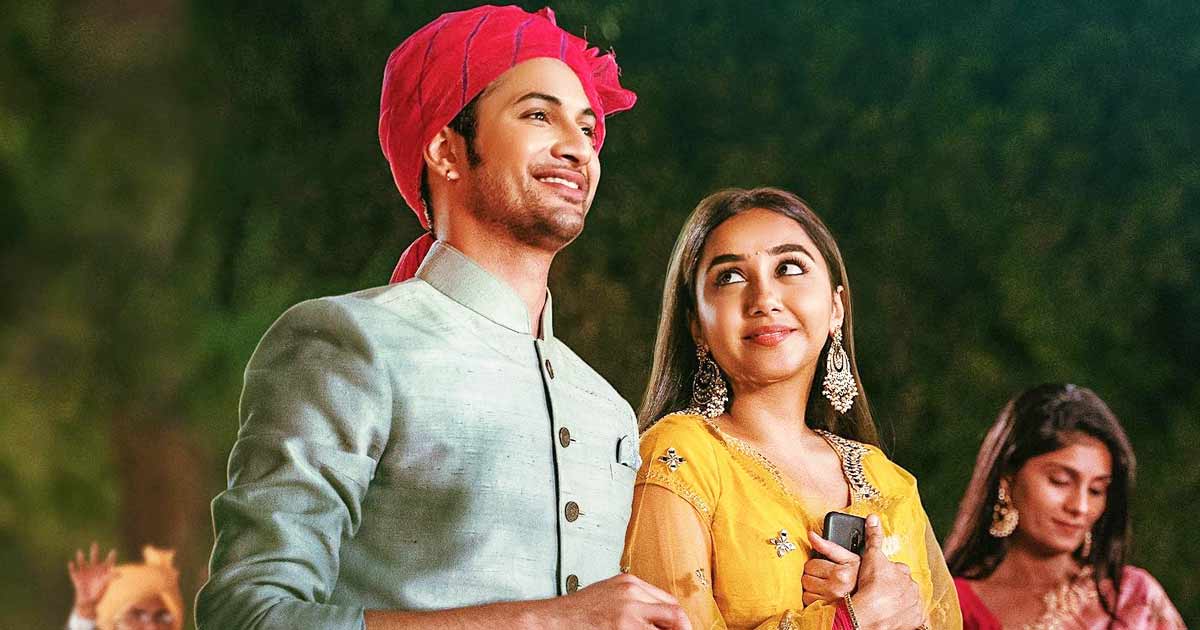 Mismatched is a young romance tale that won the hearts of many. The series is adapted from a novel named When Dimple Met Rishi, written by Sandhya Menon. Mismatched is a love story of Dimple, a nerd and a 17-year-old who hates make-up and is focused on her ambition, and Rishi, a hopeless romantic 18-year-old and a die-hard Bollywood romance fan. Things get complicated when Rishi and Dimple fail to understand each other. The series is directed by Akarsh Khurana and Nipun Dharmadhikari and produced by Ronnie Screwvala. Season 2 of Mismatched released on Netflix on October 14, 2022, at 12.30. The second season comprises 8 episodes with a running time of 36-41 minutes for each episode. Season 1 of Mismatched had a total of 6 episodes.

The main highlight of Mismatched was the background score and the music. Songs like Kahaan Ho Tum and Aise Kyun won the hearts of many. The audience’s reaction to this series was always mixed. While the cast and music were appreciated, the viewers criticized the direction as well as the writing. It has got a total of 5.5 ratings on IMDb and 71% of people like the show on Google.

Season 1 of Mismatched starts with Rishi searching for his future wife and when finally found her, ends up getting splashed with cold coffee on his face by Dimple. Dimple, unknown of the fact that her mother has set her up with Rishi through some matrimonial chat group on WhatsApp comes to Jaipur believing that her mother has finally understood her love for coding. Later, she apologizes to Rishi for the way she behaved with him and also on behalf of her mother. Dimple is paired with Harsh for the project assigned. Dimple gets to know that Rishi’s mother is divorced and owns the place where they both went for dinner, and gets upset because Rishi lied about having a perfect life and a perfect family.

In anger, she challenges Anmol in a League Of Legends championship and agrees to discard her app ideas if she loses. Rishi had told Dimple that Namrata has feelings for Celina. Dimple assumes Celina to be a lesbian too and when she found her with another guy, she blurts out about the same which confuses Celina. Celina comes to know about Namrata being a lesbian and having feelings for her. Celina was tense about Simran telling everyone about her being a delivery girl. She vents all her anger to Namrata in front of the whole college which embarrasses Namrata.

Namrata confronts Rishi and expresses her anger towards him for breaking her trust. On the other side, in the League Of Legends Dimple beats Anmol. Dimple then comes to know about her app AntiSosh’s code which got leaked. Another company announced the launch of their app Unsocial with her codes. Other than her only Rishi had the access to her codes, which made her blame him for the same. Rishi was trying to explain to her that she should not have told Celina about Namrata’s feelings but he saw how she was only worried about her app. They both decide to break up. Rishi is seen packing his bag and leaving the hostel. Dimple was crying and going to her room when Harsh stopped her and consoled her. Season 1 ended with Dimple kissing Harsh which amused the audience.

Harsh and Dimple were seen kissing at the end of season 1. Season 2 picked up its story from there itself. The next day, Dimple was seen regretting the kiss which she initiated. Harsh calmed her down telling her that denial is the first step of grievance. A very cute yet genuine bond was seen between Harsh and Dimple. Dimple tried to talk to the head of the company launching Unsocial, but it was of no use. Siddharth suggests she forget about the past app and start thinking about new app ideas. Rishi is seen planning her grandmother’s 70th birthday when her mother announces that she is going to get married.

Sanskruti, an intern of Ranveer- Rishi’s mother’s fiancé is seen having a good bond with Rishi. Harsh supports Dimple throughout. He also sang Jab Koi Baat Bigad Jaye when Dimple was getting a panic attack. Dimple starts dating Harsh and on the other side, Rishi starts dating Sanskruti. The story of Zeenat and Siddharth is also very delightful to watch. Their on-screen chemistry is very good. There could have been more of their story in the second season. Namrata founds love in Ayesha. Celina is a bit confused about her sexuality and thinks she is in love with Namrata.

Season 2 of Mismatched gave importance to each character’s personal life than only focusing on Rishi and Dimple. The reason behind Anmol’s anger towards everyone is vividly explained as he goes to a counselor when forced by Siddharth. At first, he does not take any session seriously but later on, he comes to know the main reason for his anger is nobody but himself. He hated his past self. Zeenat helps him and tries to make him talk to her too. Harsh falls for Dimple and decides to cancel going to Berklee University, where he had already paid the whole fee. Dimple’s family is invited to Rishi’s mother’s wedding. Harsh and Celina were also invited by Rishi. Harsh professes his love to Dimple there and asks her to decide whether he should stay or not. Dimple talks with her father who reminds her of their visit to the same hall 8 years back for some wedding.

READ NEXT: Cuttputlli Ending Explained: Did Akshay Kumar’s Remake Really Made It?

This story reminded her of a boy who was drawing on a wall in a corner and called that corner his art gallery and then she suggested he should draw on computers. Rishi also has a talk with his father where he comes to know that despite having many flings, the love of his father’s life was always Rishi’s mother whom he let go. Rishi came to the corner where Dimple was standing and after talking, they both realized that they had met each other 8 years back when they were kids. It was because of Dimple, that Rishi got the idea of animations and it was because of Rishi that Dimple still loved Shrikhand.  When Dimple tells that this is nothing but sheer coincidence, Rishi denies saying that it is their fate.

Rishi confesses that he wants to be with her and breaks up with Sanskruti. Rishi finds files of AntiSosh on his brother’s laptop and when enquired he spills the truth that Celina had told him to copy the files from Rishi’s laptop. Celina was searching for Dimple to tell her the truth but was a bit late. Celina tries to make Dimple understand by saying the truth that, Simran had blackmailed her to do so. Dimple was heartbroken when she found that her best friend is the one who stole her idea and destroyed her career. She walks away from her and breaks down, then Rishi consoles her. Harsh gets his answer when he sees Rishi and Dimple hugging and he decides to join Berklee University.

Dimple bids farewell to Harsh and also apologizes. Simran and Krish break up as Simran comes to know that Krish cheated on her. Krish complains of her being self-conscious and doing things just for the sake of show-off. Namrata’s parents come to know about her being a lesbian and her father locks her in her room. Rishi and Dimple are again together. Nandini Nahata- Dimple’s idol announces that she is going to select 5 students from this batch who will get admission to Nandini Nahata Institute of Technology (NNIT).

MUST-READ: Jogi Ending Explained: Did Jogi Died In The End?

Dimple plans a date with Rishi on a hot-air balloon which was an idea suggested by Harsh. Dimple and Rishi confess their love to each other on the hot-air balloon where Dimple mentions that the idea was suggested by Harsh which irks Rishi a bit. She gets the news that Nandini Nahata is already on their campus and has started the interview. They rush back but are a bit late. Nandini refuses to take their interview at first, but later on, agrees. Rishi’s interview went well but Dimple’s was worse.

Dimple in stress, asks Rishi to go inside and tell her that he is not her boyfriend so that Nandini will start to think that she is focused. This pisses off Rishi and he says that Dimple is only in love with her computer and codes and not him. He also takes Harsh’s name in the middle of their conversation which Dimple finds annoying. Dimple states that even he had been in 1 relationship after their break up. A fight is seen between them where Rishi finally says that it is over and leaves.

Dimple again gets a panic attack when she thinks that she wasted her parent’s money. But her parents console her. The farewell is announced for their batch. Namrata’s father comes to know that she was planning to elope, so he takes her wallet, and phone and keeps her locked. Celina when came to know this goes to her house and helps her elope to Delhi. Celina also confesses her love to Namrata which she rejects politely and also tells her to think calmly about the things she said.

Dimple and Celina talk when Dimple came to know about how Celina risked her interview by asking questions of Nandini so that Dimple doesn’t get late. Siddharth talks to Nandini about Dimple being his best student and asks her to give her admission to her institute. Siddharth talks with Dimple about how he and Nandini were in a relationship when they were of their age. But then Nandini chose her career and Siddharth chose to stay. Siddharth questions why you think you need to either choose love or career when you can choose both. Namrata talks to Rishi about how Dimple is passionate about her career and she might have said something in anger and asked him to stop his dream of a perfect Bollywood romance. Dimple and Rishi both decide to stay together. In the background, their story is shown on a screen when they are dancing.

Nandini Nahata comes onto the stage to announce the 5 students who are Celina, Anmol, Krish, and Rishi. She was about to take the name of the next student when she sees Siddharth and Karim standing together. Seeing them, she says that no student is selected for the last spot and asks all of the 4 to come and click a photograph with her. Rishi is not ready to go as he knows how badly Dimple wanted to get into that institute. Both of them are seen crying. Dimple asks Rishi to go. The series ended when Rishi poses for the photograph and is looking at Dimple.

Maybe Nandini was jealous of Siddharth and Karim’s bond so she decided to not listen to what Siddharth said and didn’t choose Dimple. It was hard for Rishi to go as he knew Dimple wanted to get into that institute as it was her dream since childhood. It is tough for Dimple to handle herself as she just lost the battle, she was ready for since her childhood. Their love reunited but Dimple’s career was at risk as neither her app was ready nor did she get admission to her dream institute.