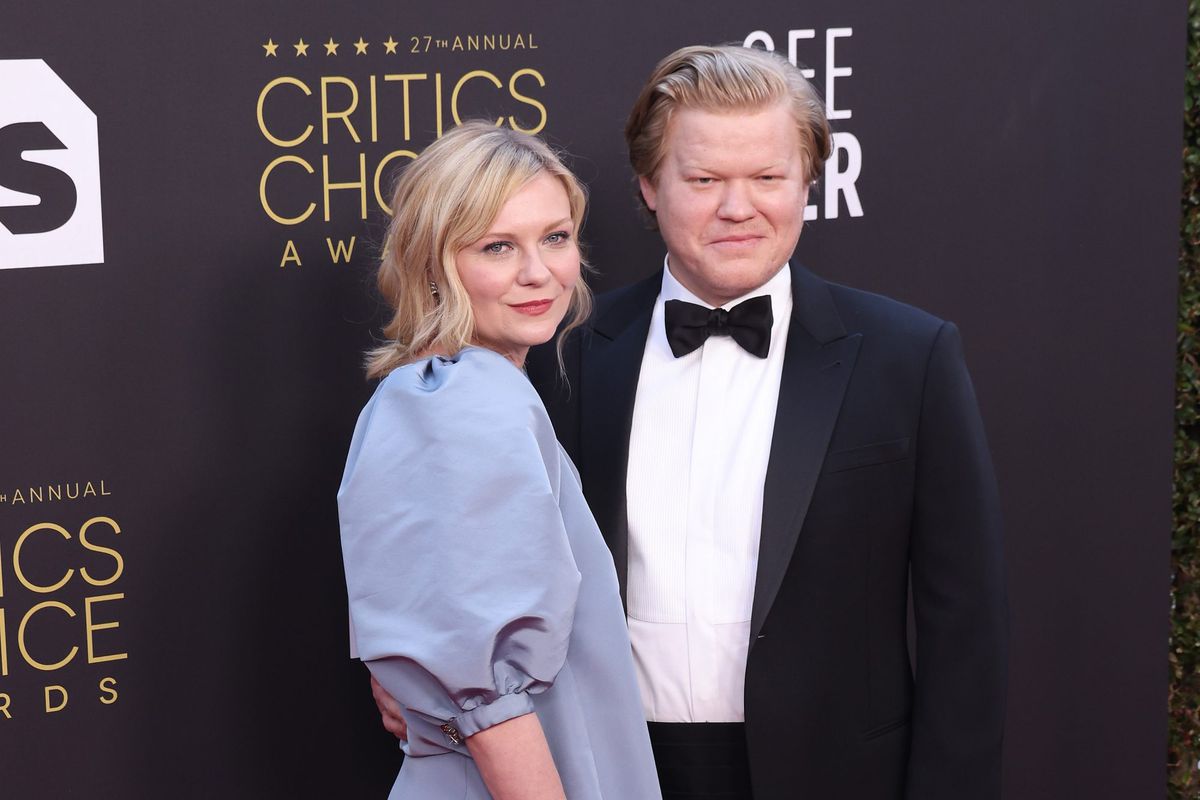 Kristen Caroline Dunst is an American Actress. She is one of the most well-known celebrities in America. Dunst gained popularity through ‘Vampire’ opposite with leading character Tom Cruise and Brad Pitt. She began her career as a child actress and a fashion model. Her first acting debut was in the Oedipus Wrecks a short film directed by Woody Allen. She has played magnificent roles throughout her career and has been nominated and awarded for various extraordinary films which she continued to give as an actress.

Dunst is a musician too. She has sung and performed various outstanding songs in her music career. She is a part of various social organizations and has always been on her knee to create awareness for various diseases and positively impact Americans.

She married Jesse Plemons in 2017 and gave birth to her first son Ennis Howard Plemons and in 2021 she announced that she was pregnant with their second son James Howard Plemons.

Kristen Dunst gave birth to a beautiful baby boy on May 3, 2018. The parents gave him the name, Ennis Howard Plemons. He is currently 3 years old. He is been kept protected from the media’s eyes because the parents don’t want any influence on their boy. However, the couple never forgets to share a little glimpse of their baby boy on social media. In one of her posts, the actress gave a little sneak peek of James’s Nursery room. Ennis is a beautiful kid and as we see on social media he always puts a smile on the fan’s faces.

Kristen Dunst another baby boy who she calls an Angle was born on June 2021. The actress shared this news by flawing her baby bump, beautifully captured by Rashida Jones wearing an elegant white dress.

Talking about James she said “He is an Angel” he weighed 18 pounds and he is a hungry angel and a heavy angel “. The glimpse of the baby angel can also be seen on his parent’s social media.

In one of her interviews, Kristen Dunst said, she will always support her kids in every path but if they want to follow in her footsteps they have to grant her permission.

Both the kids are best friends as per their mommy and they love hanging out together. Big brother Ennis is often seen taking care of his younger brother. They spend a lot of their time playing and studying in their nursery room. Both the kids have already grabbed the media’s attention as the mother keeps sharing their activities on her Instagram Stories.

We hope that the kids do their very best in their future careers and become good humans and shining actors in the future.

MUST-READ| Is T-Boz Pregnant? All The Questions Answered!

She belongs to an ordinary German and Swedish family. Her father was a Medical Service Executive, and her mother was a flight attendant at Lufthansa. She was also a painter and owned two art galleries. Being born into a family of artists Dunst always had an artistic talent which later came out to be ‘Acting’. Her mother always supported and encouraged her, during her career. She was the first one to lead her to film sets and auditions. She attended the private school St. Paul’s in Brick and the Ranney School while also doing commercials and shows.

She began her acting in the school itself and continue to act until her Graduation. At that time her career was at its highest peak. She did a lot of hit shows and movies. But apart from this fame, she was not able to cope with the limelight. Growing up she always blamed her mother that she forced her at a very early stage of life to become an actress. She was not able to enjoy the normal flow of childhood unlike her other friends, but this eventually proved to be fruitful for her and do better in her career which, she accepted later. But this great peek into her life does not last for a long time. In 2008, Dunst was diagnosed with Depression, and a few months she openly spoke that she has recovered from the phase and is coming back through the” All Good Things”.

Apart from career success and limelight, Dunst is also always engaged in social work and campaigns. She supports the Elizabeth Glaser Pediatric AIDS Foundations and because of this foundation she came up with a new idea of manufacturing a necklace and selling it and the collected money was used for the campaign. She is a part of the Stand Up to Cancer telethon showing her support for patients suffering from Breast Cancer. She also took action and stood up to create awareness for voting during American Presidential Elections.

MUST-READ| Who Was Mollie Olgin? What Happened To Her?

Dunst began her career as a child fashion model in fashion commercials.

Kristen debuted in the cinemas when she was twelve years old through the short Oedipus Wrecks in the anthology film New York Stories, followed by Little Women (1994) and then fantasy films (1995) and Small Soldiers. She became part of various comedy dramas and one of them was ‘The Bonfire of the Vanities’ in 1990. She also played a child role in Star Trek: The Next Generation. They all were back-to-back hits in her career which made her one of the youngest and brightest actresses on a very small stage. She was the emerging star.

Dunst was a teen at that time when she co-shared the screen in the drama film’ Little Women with Winona Ryder and Clarie Danas. She received a lot of appreciation because as a child she was performing great.

She came into her fantasy era from Jumanji, it was something different.

It was a science superficial story that was designed as a game. That film was a hit and she got a lot of Nomination and Awards. She played a role in one of the seasons of the NBC medical drama ER. Dunst also got presented in a Black comedy film Wag the Dog. In the following period, she got cast in Sarah Kernochan’s period comedy film ‘All I Wanna Do’.

Some of her best works were ‘Bring It Soon’ the story of a cheerleader who wanted to get into movies. The other one was ‘The Virgin Suicides’ in 1999 followed by another masterpiece ”All Good Things’ released in 2010. She received applause for her performance in ‘Drop Dead Gorgeous’ in 1999. The outstanding movies were ‘The Beguiled (2017)’ and ‘Wag the Dog’. In 2001 she gave an underappreciated performance in ‘Crazy/Beautiful.

Little Women, Dick, The Cat’s Meow of 2001, Get Over it, Wimbledon, and Mona Lisa Smile released in 2003 sum up her greatest blockbuster.

MUST-READ| Where Is Michaella McCollum Now?

Dunst is a great musician. She made her first singing debut by singing two songs written and composed by Marc Shaiman. She performed ‘After You’ve Gone for The Cat’s Meow. She also performed two songs in Spiderman 3.

Some of her melodious work is seen in ‘Little Women’ singing ‘For the Beauty of the Earth. In the year 1999, she sang ‘Spit it Out’ followed by ‘Dream of Me’ and ‘The Girl Inside’ in the album called ‘Get Over It. She also recorded ‘After You’ve Gone and ‘This Old Machine’ in 2007 for the album ‘Nighttiming’ by Coconut Records.

Dunst earned the Golden Globe nomination for the film ‘Vampire’ for the best supporting female role, followed by accolades from the Chicago and Boston Societies of Films Critics. She received accolades for her role in Little Women. She received various awards for the role she played in Spider-Man released in 2002. Dunst won the famous Cannas Film Festival Award for Best Actress and Sant Jordi Award, and Robert Award in the year 2011.

MUST-READ| Who Is Magdalena Cielecka Partner In 2022?