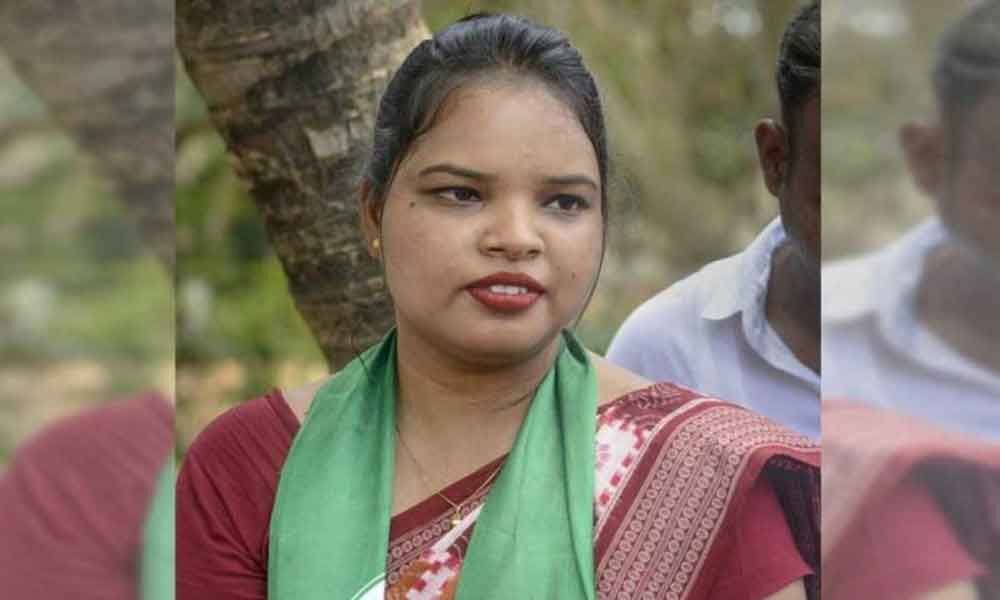 The current youngest politician in our country is Chandrani Murmu. Daughter of Smt. Urbasi Soren and Shri Sanjib Murmu, she turned 29 (birth 16th June 1993) this year and was elected in 2019 via the Indian general election as a member of the Biju Janta Dal party. She was elected as one of the members of the 17th Lok Sabha (lower house of the Indian parliament). She defeated Ananta Nayak who has won twice before to take the seat in the lower house. She is a qualified B. Tech Mechanical Engineer from I.T.E.R., Bhubaneswar, Odisha.

Other young members of the present political division of India

Current age 26, a student activist and president of Jawaharlal Nehru University Student’s Union and an active member of the Student’s Federation of India who belongs to the Paschim Bardhaman district of West Bengal. She also stood as a candidate for CPI(M) from the Jamuria constituency for the 2021 West Bengal Legislative Assembly election.

Current age 27, an environmentalist and social activist, she was a contestant from the Maduravoyal constituency in the 2021 Tamil Nadu assembly election. She has an M.Sc. degree in Microbiology and she became famous because of her YouTube channel named Chennai Thamizhachi where she raised her voice about the environmental issues that surround us.

Current age 30, a member of Lok Sabha from Araku, Andhra Pradesh. Daughter of Goddeti Demudu communist leader and former legislator. Other than being a politician she is a physical education teacher and is the youngest member of parliament from Andhra Pradesh.

Current age 29, Social activist who led the Patidar reservation agitation for the Patidar caste to be considered as OBC. Used to be the working President of the Gujrat Pradesh Congress Committee. Currently a member of the Bharatiya Janata Party. He was a cricket enthusiast as a child and has a Bachelor of Commerce Degree.

Current age 29, Son of former MP Kuldeep Bishnoi, brother of Chaitanya Bishnoi a member of Chennai Super Kings in IPL, and the fiancé of actress Mehreen Pirzada. He was a candidate for the recent Adampur assembly byelection.

Current age 28, 49th mayor of Chennai, Tamil Nadu, and a member of the DMK party. She was the third female mayor, the first Dalit woman, and the youngest woman to become mayor. She was elected from the 74th ward in Thiru. Vi. Ka. Nagar in Chennai Corporation before she was elected as the 49th Mayor.

READ NEXT: Kala Chashmah Song Was Written And Sold By A Police Constable At Just 11,000!

Current age 30, member of the West Bengal Legislative Assembly from Saltora. She is a member of the Bharatiya Janata Party. She won against Santosh Kumar Mondal by a majority of 4145 votes.

Current age 31, member of Bihar Legislative Assembly from Jamui constituency as a member of Bharatiya Janata Party. She is also a shooter and competes in the double trap event where she won 2 golds in Commonwealth Games in the year 2014 and 2018 (Australia and Scotland). Her father and grandfather both were presidents of the National Rifle Association of India.

Current age 31, a member of the Bharatiya Janata Party, and a member of parliament in the 17th Lok Sabha representing the Banglore South constituency. He is an RSS Swayamsevak and a lawyer while also the president of the Bharatiya Janata Yuva Morcha. His father was the former Joint Commissioner of Excise while his uncle is a three-time MLA from the Basavanagudi constituency.

Current age 31, Chief of the women’s wing of Karni Sena. A member of the Bharatiya Janata Party and wife of Indian cricketer Ravindra Jadeja. She is a Mechanical Engineering graduate from the Atmiya Institute of Technology of Science Rajkot.

MUST READ || Arun Bali Age, Net Worth, Son, And Everything You Should Know!

Current age 33, she is the daughter-in-law of the founder of the Samajwadi Party, that is, Mulayam Singh. She is known for changing parties from Samajwadi Party to Bharatiya Janata Party. She was a student at Loreto Convent Intermediate College, Lucknow, and got her degree from Manchester University, UK.

Current age 32, son of Ajit Anantrao Pawar, the leader of the opposition party in Maharashtra’s legislative assembly and the 8th Deputy Chief Minister. He is from the National Congress Party and he contested from Maval parliamentary constituency against MP Shrirang Appa Chandu Barne and lost.

Current age 34, son of the former Karnataka Chief Minister H. D. Kumaraswamy and the grandson of former Indian Prime Minister H. D. Deve Gowda. He is also an actor who works in Kannada-Telugu films. One of his known works is the movie Jaguar (2016). He is engaged to Revathi the grand-niece of Congress leader and realtor M. Krishnappa at Taj West End Banglore.

READ MORE: When Will Alia Give Birth? Is The Date Revealed?

Current age 32, a member of the 17th Lok Sabha from Hassan Constituency, and is also the 3rd youngest member of the current Indian parliament. He is also the grandson of former Prime Minister of India H. D. Deve Gowda and son of H. D. Rrevanna the former Minister for Public Works Department in Karnataka state and he is the first cousin of Nikhil Kumaraswamy that makes H. D. Kumaraswamy his uncle.

Current age 32, a Member of Parliament for Lok Sabha from Basirhat constituency as a Trinamool Congress candidate. She is an actress who works in Bengali cinema. She was a student at Our Lady Queen of the Missions School, Kolkata and she graduated with a Bachelor of Commerce (Honours) degree from Bhawanipur College, Kolkata.

Current age 32, son of Uddhav Thackeray the 19th Chief minister of Maharashtra and the leader of Shiv Sena, he was the Cabinet Minister of Higher Education, Cabinet Minister of Tourism and Environment for the Government of Maharashtra. He is now an MLA of the Maharashtra Legislative Assembly from Mumbai and is also the President of Yuva Sena. He was also elected as the President of the Mumbai District Football Association and is also the appointed guardian minister of the Mumbai Suburban district.

Current age 33, was a contestant from Jadavpur Lok Sabha Constituency in the 2019 Indian general election as a Trinamool Congress candidate and is the Member of Parliament in the 17th Lok Sabha from Jadavpur constituency. She is also an actress and singer in Bengali cinema and television. She was a student at Holy Child School, Jalpaiguri and she graduated with a Bachelor of Arts degree in 2011 from Asutosh College, Kolkata.

Current age 34, she was the youngest member of the 14th legislative assembly from the Gandhidham constituency in Gujrat. She was birthed by Manjula R. Dheda with Ramji K. Dheda and she began her political journey in the Gandhidham municipality election in 2017.

Current age 34, he is the president and co-founder of the Jannayak Janta Party and is the current Deputy Chief Minister of Haryana. He represents the uchana Kalan constituency in Haryana Legislative Assembly and is known to have allied with the Bharatiya Janata Party during the 2019 Haryana Legislative Assembly election. He was the Member of Parliament in the 16th Lok Sabha representing Hisar Lok Sabha constituency in Haryana.

These are a few of the names who are going to have the biggest hand in framing the tomorrow of this country. Youth participation in politics has been a hot topic for as long as one can remember and, now we are in a time where youth engagement in politics is increasing. With the active participation of young people in politics it can be turned beneficially for the upcoming generations and the current generation as well since, the youth are the ones who have an open perspective about the topics that surround them.

MUST READ || 17 Indian Celebrities Who Are Not On Social Media!