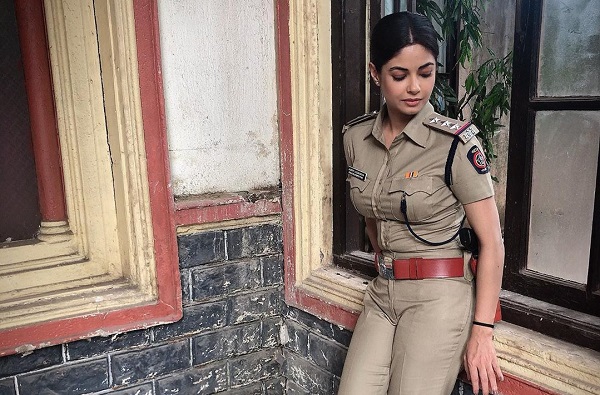 “Kamathipura” the bog engulfing thousands of innocent girls. It is a crime and murder, chock-full Indian web series. It is directed by Sharvan Kumar. Production by Vision Movie Maker.

It was streamed on Disney plus Hotstar on 8 March 2021. Every thriller enthusiast was not able to resist binge-watching this series in one sitting. This series has an IMDb rating of 5.8/10 and an overall 3.5/5. 50% percent of the viewers liked this series and we expect that the next season would also be full of potboilers. This series has 7 episodes all named after the scorpion. The other name of the show is ” The Tattoo Murders”.

MUST-READ| Who Is The Villain Of Ponniyin Selvan: 1?

The series is plotted in a red-light area of Mumbai. The streets are the witness of weepings and lost identities of life. The story starts with three murders that palpitate the whole area. this investigation is handed over to the lady Cop ACP Aditi Chopra. She is the female version of Singham. Furious, smart, and brave but hiding her psychological deep-rotted issues. Aditi starts her investigation unknowingly that this is going to change her destiny.

She founds a prostitute’s body on the bank of the river which has a scorpion tattoo. She finds it strange and starts to use this as her main source, but despite all her methods, she is not even close to the culprit. Everyone suggested she meet and ask for help from ‘Prahar’ who is the Don of the area’s very powerful gangster who is indulged in drugs and crimes. Aditi refuses to ask for help but she had to come back to him because there is no option. The Pimp doesn’t give a dam! but eventually agrees he left Aditi in shock because he knows about the nightmare she gets. the story moves further where it becomes more complex and Aditi is facing her childhood traumas. Prahar helps her to catch the culprit but he later makes up his own stories and says that he did that to save himself from the attack by the woman, but no one knows the actual truth as he later kills himself.

The story maintains its suspense when another body is found and after a few days another. every murder has one thing in common the scorpion tattoo which later reports identified that is drawn by the same person. All the culprits that she caught made the same stories. the case seems to be slipping out of her hand and on the other hand, she is traumatized by her past. later in the story found that Prahar had a past connection with her, he is the one who saved her from the assault and saved from this bog. but apart from this, the cop is not able to find the real culprit. This series is trying to engage the viewer through the plots and is kind of success in this. THE END of the story is the main magnet of this series.

Overall a good try, the audience with enthusiasm in suspense will not be disappointed, but we hope that the next season would have better settings and plots. with a good salt of thrill.

Kamathipura season 2 is going to be very enthralling. Packed with thriller and uncertainty. The whole story is not released by the creators but surely it will be jampacked with new twists and turns. We are assuming to see new characters with a new mission. ACP Aditi would have solved her psychological trauma and will reach out to the culprit this time. The story shall uncover the mask of the people around her which we will see in the upcoming episodes. This time we will see a new villain too.

The main cast members can mark their entry in the second installment as well.

The Kamthipura season 2 trailer is not launched by the creators but we can hope that it will be released in mid-February. As per the sources, the trailer will be very breathtaking and will compel the audience. Directors will be launching new faces too, which would have their enigma.

Where To Watch Kamathipura Online?

Kamathipura season 2 will be streamed on Disney plus Hotstar. It will be completely free.