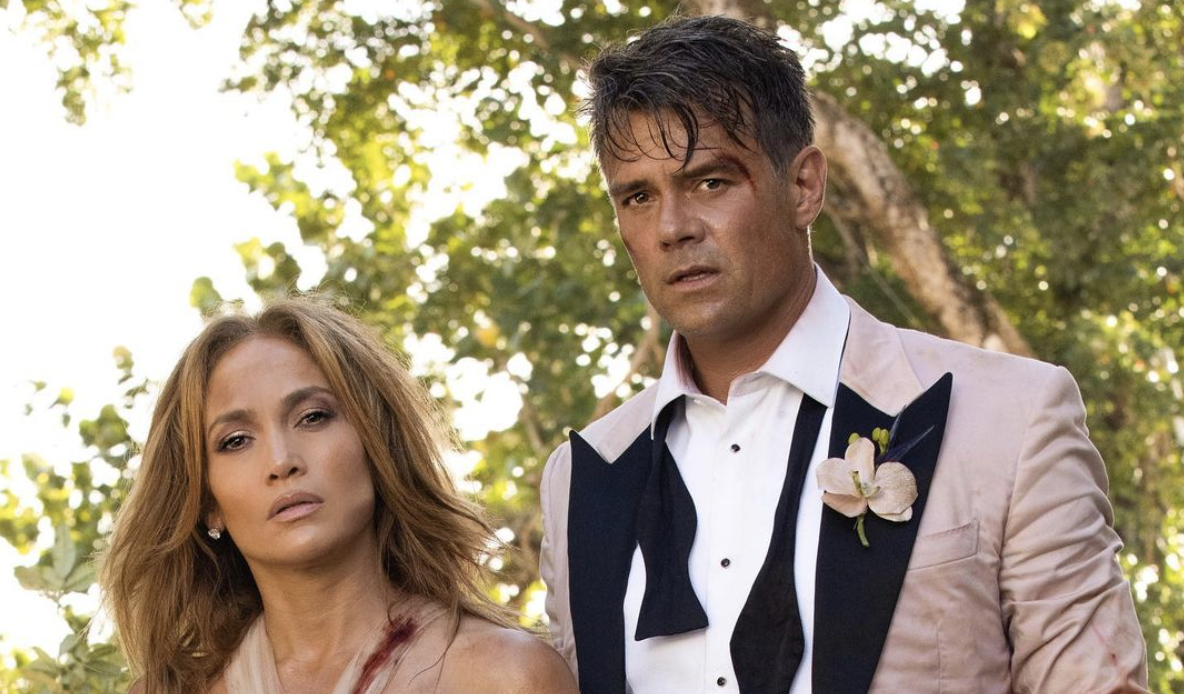 Weddings are a dream for many people globally. Some individuals wish for a lavish wedding while many of them are interested in a simple but traditional marriage. Often there are two options available for an individual after he or she enters the marriage age; arranged marriage and love marriage. There are several examples where couples who fall in love before their wedding struggle hard for their families to approve of their relationship. And this particular plot has been the base of several shows and series. Amazon Prime Video is also coming up with an American film that portrays the same kind of storyline.

We are talking about the “Shotgun Wedding.” Directed and written by Jason Moore and Mark Hammer, respectively, this film was able to commence its filming on 22 February 2021. It is a romantic comedy action film with a sort of different story and an amazing cast. The official trailer was released a few days ago and the movie is anticipated to have a pretty good response from the audience. It is also possible for it to receive positive reviews. Being released on the international platform, Shotgun Wedding will be available globally for people. But is the date confirmed? Well, there are several other concerns that have made people search for it. Do not skip a word if you want to know each and every aspect of this upcoming American film.

There are a few months left till the release of this film. Yes, you heard it right! It will be on January 27th, 2023 when Amazon Prime Video will make this American film available to its audience. The release date is surely in the next year and it might make the fans anxious as they need to wait a bit more as the trailer has already ignited the excitement in them.

Earlier the filming was hampered and it was rescheduled. The year 2019 may have witnessed the commencement of its filming but due to unknown reasons, it was delayed. In case, it could have followed the earlier plan, the film would have made its release a bit earlier. In addition to this, the original schedule suggested the release of the Shotgun Wedding on 29th June 2022. The rights for the film were acquired by Lionsgate. Later on, in March 2022 it was Amazon Studios who showed up, and finally, it will be on 27th January 2023 when a shotgun wedding will be released exclusively on Amazon Prime Video.

In addition to this, the chances for the second installment are solely based on the response it receives after the release. Hopefully, if the makers decide on season 2, it might be released in 2024.

The story is about Darcy and Tom who want to marry each other. Both families are ready for their destination wedding even though they are very different from each other’s opinions. However, the day when the party is to take place at the decided destination, the entire ceremony is taken over control by an outside force or simply, one can say that all of them are under hostage. The couple has only one will left to save their family members and loved ones and that is by working together.

There will be a lot of action during the wedding ceremony and all of the guests who arrive at the party try to save their lives.

In addition to these personalities, there are several other characters who have joined the show and they did complete justice to their part.

The official trailer is available on the YouTube channel of Amazon Prime Video.

Where To Watch Shotgun Wedding Online?

The film will be available on Amazon Prime Video.