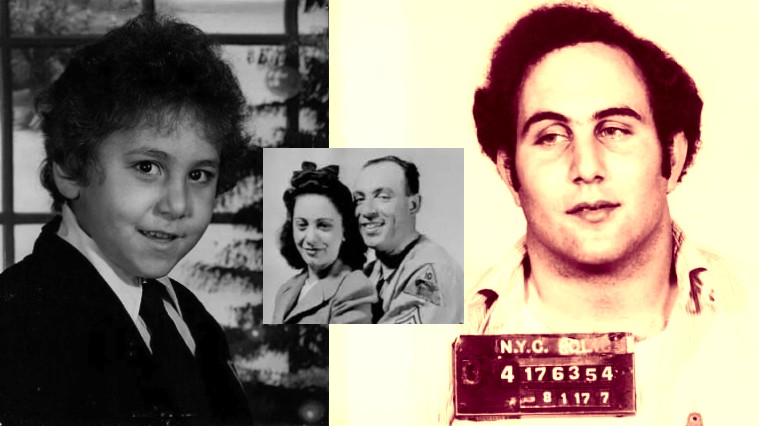 David Berkowitz widely known as the “44-caliber killer” and/or “Son of Sam”, was initially named Richard David Falco by his birth mother Betty who had him in an affair with Joseph Klineman a real estate agent. Later he was given up for adoption since David’s birth mother’s first husband Tony Falco had left her a couple of years before David’s birth and she was unwilling to raise him as a single mother or hold herself responsible for the child she birthed as her boyfriend back then said he would leave her if she did so.

After giving him up for adoption he was taken in by Nathan Berkowitz and his wife Pearl Berkowitz and they changed his name from Richard David Falco to David Berkowitz Chicago. His adoptive mother died of breast cancer when he was 14. He used to serve in the US Army and after he was discharged from his duties in June 1974, he looked for his birth mother and visited her a couple of times until she told him what made her give him up for adoption. The entire incident with his mother giving him up for adoption and his adoptive mother’s death made him develop an inferiority complex towards everybody, especially women. He thought he was unappealing to them.

He worked as a Postman and a security guard to earn a living. This was when he started hearing voices that rendered him to kill. He blamed these incidents on him hearing voices in his head on his neighbor Sam Carr’s dog because he used to bark at night. Slowly and gradually he began to build up a serial killer mindset. He even shot and wounded the dog.

His first accounted murder took place on the 29th of July 1976. He tended to kill couples who roamed around in parks or in their cars late at night and there was a pattern of him majorly killing women with brunette long hair. This fact caused an uproar in the cities the murder took place in or around, and because of the scare these murders gave the common residents of the city women started to blonde their hair and chop their hair short and couples did not roam out at night anymore.

David gradually grew accustomed to murder and sought pleasure in killing, he made this sort of like a game as he left letters for the police and journalist which gained him quite some popularity via the press which he was amused about. In these letters he left at the murder sights he addressed himself as “Sam’s” which gave rise to his second nickname “Son of Sam”.

After he murdered his last victim on the 31st of July 1977 he was seen leaving the crime scene. A parking ticket was seen in his hand which was traced by the police so as to find his whereabouts. His car was found and in it, they found the 44-caliber bulldog gun he used for murder. He gave in without a fight and confessed to his crimes.

Later he was diagnosed to be a paranoid schizophrenic. There are a lot of theories surrounding David Berkowitz one of which says that he did not hear any voice in his head and was a member of a satanic cult and performed these murders as a form of sacrifice or offering to Satan.

MUST READ|| Who Was Gabenotbabe? How Did He Die?

He was taken in custody for 8 murders and later on it came to light that he was a part of many unsolved arsons in the city like homicides and has also severely injured 7 people. These are only the accounted crimes the police could investigate back in the day. He is believed to have killed and instigated more similar wide range of issues.

Some known crimes he committed are:

David Berkowitz Chicago was sentenced to 6, 25-years-to-life sentences for his crime which is stated as the maximum penalty that was allowed at that time.

Yes, he is alive and is 69 as of this year and is still held captive in upstate New York.

Where Is David Berkowitz Imprisoned?

He was denied parole and is held captive at Shawangunk Correctional Facility in upstate New York.

MUST READ|| Is Boba Fett A Mandalorian?