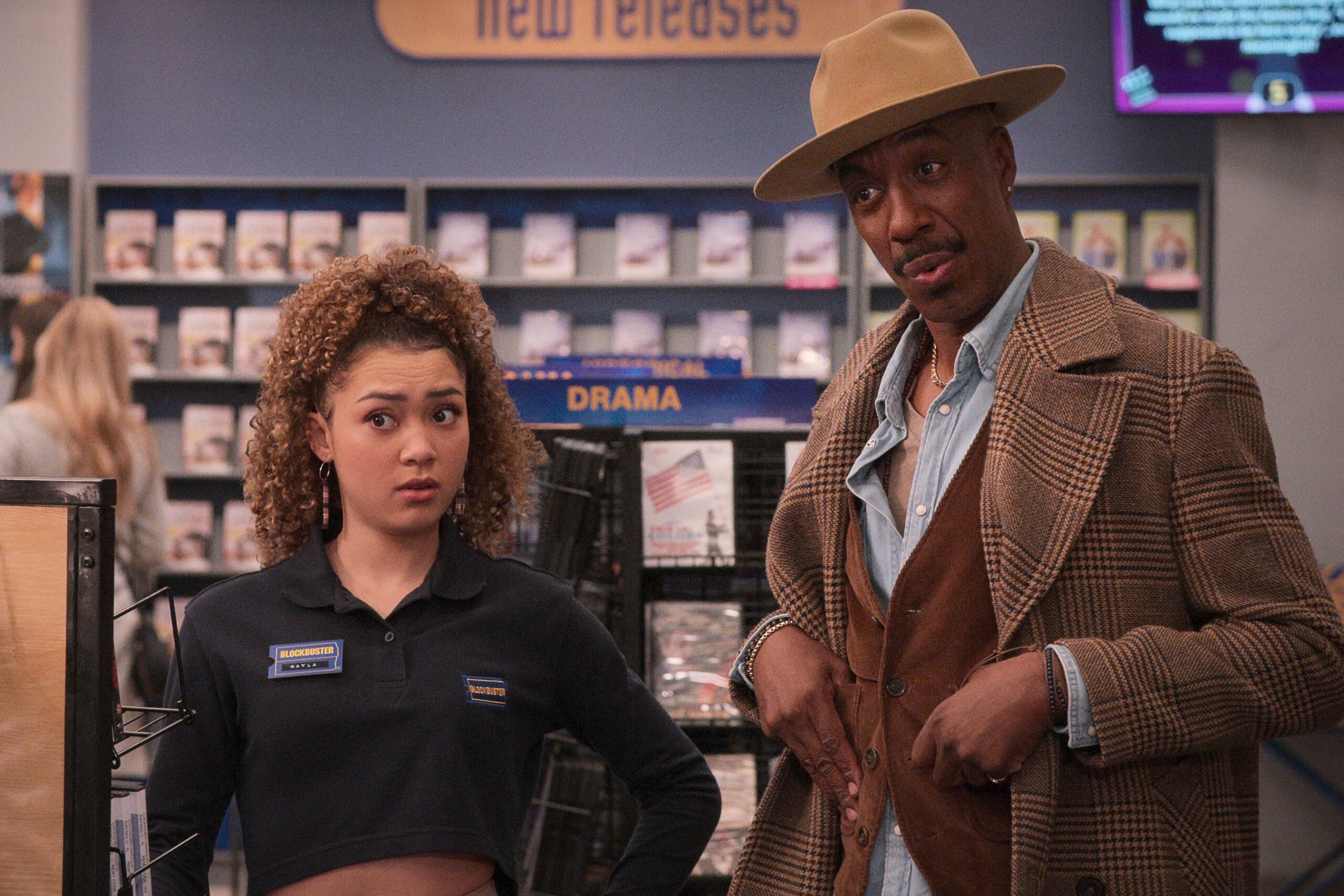 Many people worldwide are fond of watching comedy series. Not only this the journal for dark comedy or black comedy has also marked a significant growth in terms of its viewership. This time we are here with a workplace comedy TV series titled “Blockbuster.” This American series is produced jointly by Robert Petrovic, Bridger Winegar, and Payman Benz. The entire show finds its base on the Blockbuster brand.

It is always stressful for office personnel to work as they need to meet several deadlines along with perfection. Blockbuster will let you know how the workers at the store manage to get their work done. With the pinch of humor within that particular office or workplace, Blockbuster is something new for the audience. It was a kind of new experiment for the creators. As a result, when the creators first approached NBC the proposal was not accepted rather it went to universal television where Netflix finally gave official approval to it.

The trailer has been released and it seems like the show will succeed. The official trailer is already out and the audience is anxious to find out more details about this series. So we are here to quench your thirst concerning the release date, story, and even the platform where you can watch it.

Bring up your marker and circle the date 3rd November 2022 on your calendar because this is the day when Blockbuster will be making its way on one of the biggest streaming giants, Netflix. A total number of 10 episodes has been finalized by the makers of which the titles are yet to be revealed. Every episode has a different writer including Vanessa Ramos and Leila Strachan.

Previously Netflix came up with a documentary film, The Last Blockbuster, that was based on the brand itself. Hence, this is for the second time when this streaming platform will be bringing up another series concerning the brand. The production for the first season of Blockbuster already started on 28 February 2022 and it was in Canada where the filming took place.

The first season goes very well and garners positive critical reviews, then, in that case, we might expect a second installment of the series. If everything goes well, the second season may appear sometime in 2023 or early 2024.

The lead or the main character is played by Randall Park as Timmy Yoon. He is portraying the role of the manager of the Blockbuster video store. Randall Park has appeared in the Marvel movie Ant-Man and The Wasp as Agent Jimmy. He acted in WandaVision as well. The next character is Eliza Walker played by Melissa Fumero. She works at the store with the motive to give her lodging charges for the apartment. Additionally, she is also the crush of Timmy. The other main cast members include Olga Merediz as Connie Serrano, Tyler Alvarez as Carlos Herrera, and Madeleine Arthur as Hannah Hadman.

Apart from these actors, Blockbuster is starring J.B. Smoove and Kamaia Fairburn in recurring roles. It also has a few guest appearances by Ashley Alexander and Robyn Bradley.

The manager of this video rental store is keenly interested in films and movies but because of financial conditions, he needs to run this store. On the other hand, we have Eliza who wanted her own studio by the age of 25 but because of being separated from her husband, she has to work at Blockbuster Video.

Apart from these two, there were several other workers who were running the shop.

The trailer was released on 7th October 2022 on the official YouTube channel of Netflix. Belonging to the United States, the original language is undoubtedly, English.

Where To Watch Blockbuster Online?

It will be available to stream online on Netflix. Users with a subscription can easily get access to it.

Netflix is surely bringing up many amazing shows for its audience and their food. The expectations from this TV series among the people are also high. Since the name of the series is itself, Blockbuster, it will be interesting for us to know whether after the release it will prove itself as a blockbuster or not.