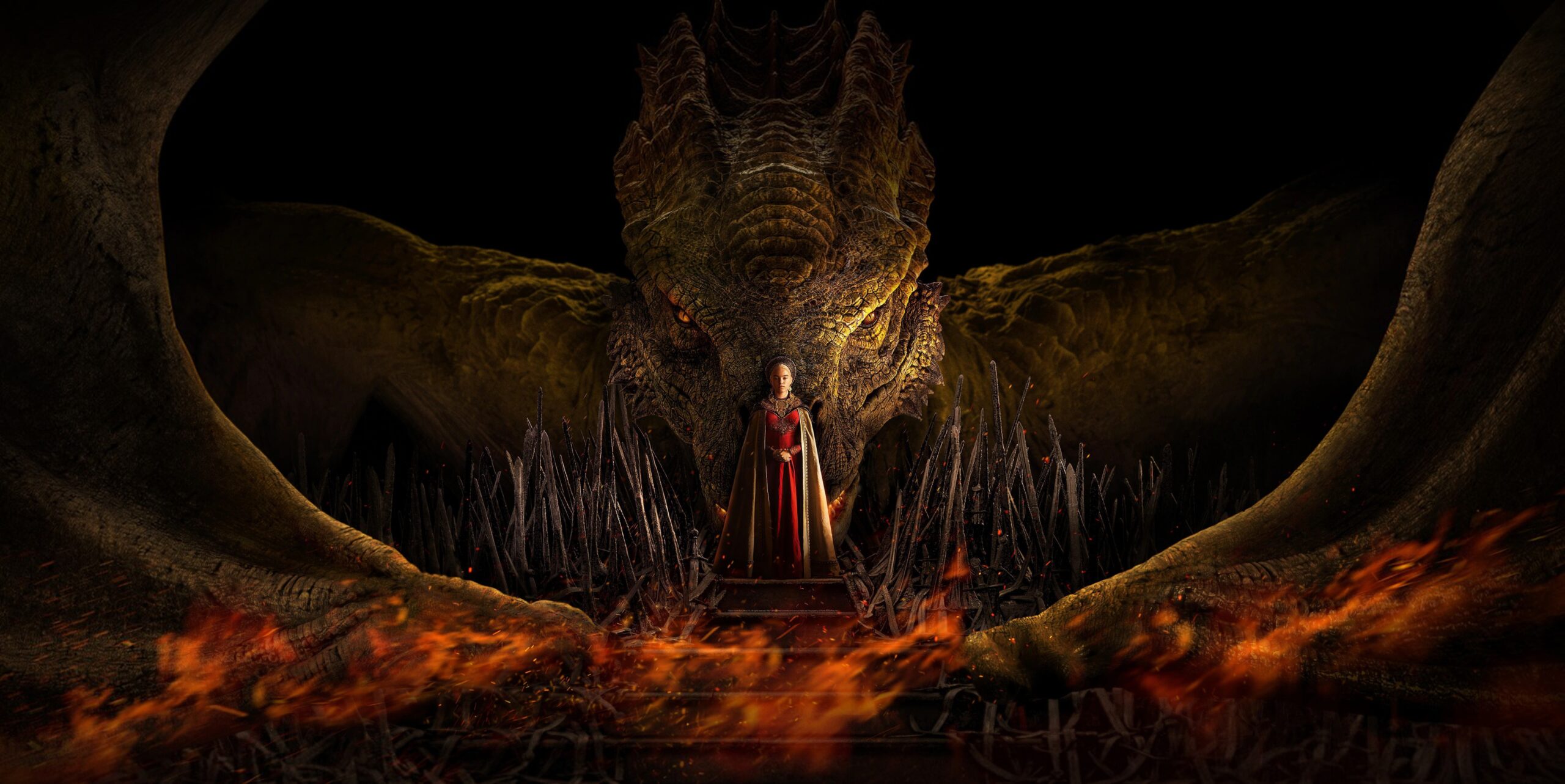 ‘House Of The Dragon’ is a fictional drama series, one that gives a spike to your fantasy-craving brain. It started airing on American television on the 21st of August 2022. It is a prequel to the infamous series named ‘Game Of Thrones’ which aired from 2011 to 2019. It is created by George R. R. Martin and Ryan Condal. Both these series are live adaptations of the novel A Song of Ice and Fire written by Martin.‘House Of Dragon’ is set nearly 200 years before the story of Game Of Thrones. The series has had one season with 10 episodes and is also renewed for a second season.

Some of the fan-favorite characters in ‘House Of The Dragon’ series are as follows:

Daemon Targaryen or to be specific, Prince Daemon Targaryen is the prince of the Targaryen dynasty He is also one of the most powerful Targaryens in history. He is a dragon rider and his mount is Caraxes, the Blood Wyrm, and also wields Dark Sister (a Valyrian steel sword of Visenya Targaryen). He was a ruthless prince and the grandson of Jaehaerys I Targaryen, younger brother of King Viserys I Targaryen and he was also an uncle to Princess Rhaenhyra Targaryen. He was next in line for the Iron Throne until he was begun to be considered the biggest threat to the realm.

Princess Rhaenyra Targaryen is the daughter and only surviving child of King Viserys I Targaryen and Aemma Arryn. She is also a dragon rider with her mount being Syrax the she-dragon. She also did take the Iron Throne even for just a moment as the Green forces were away from the King’s Landing and they leave the capital almost unprotected. She later marries her uncle Daemon Targaryen. She gave birth to 3 illegitimate children who aren’t even from her husband’s bloodline. She was killed by Aegon as he makes his dragon Sunfyre burn her and later eat her.

ALSO READ: The Lord Of The Rings Watch Order!

Queen Alicent was the second wife of King Viserys I Targaryen and belonged to the House Hightower. She was Otto Hightower’s daughter who was Hand of the King to Jaehaerys I, Viserys I, and also to Aegon II. She birthed King Aegon II, Queen Helaena, Prince Aemond, and Prince Daeron. She was considered a clever and lovely woman and was also slender and graceful until her first pregnancy. She was a survivor of Dance of the Dragons but ended up being confined during the final years of her life. In the novel, she dies after going insane during the Winter Fever outbreak.

Laenor Velaryon who was usually referred to with the prefix ‘Ser’ was the son of Lord Corlys Velaryon and Princess Rhaenys Targaryen and has a sister named Laena Velaryon. He was the first husband of Rhaenyra Targaryen and the heir to Driftmark. Princess Rhaenyra Targaryen and Ser Laenor Velaryon had 3 kids during their marriage, namely, Jacaerys, Lucerys, and Joffrey. It was later rumored that they weren’t his kids but Rhaenyra’s lovers. He was also a dragonrider and rode Seasmoke. He was later killed by Ser Qarl probably because of being jealous of his enamored rankings.

Lord Jason Lannister is the older twin brother of Ser Tyland Lannister. He was also the husband of Lady Johanna from the House Westerling and she later birthed 5 of his daughters and a son. Other than this he also had daughters with one of his mistresses. He was the head of House Lannister one of Westeros’ Great Houses, the head of Lord of Casterly Rock, the shield of Lannisport, and also the Warden of the West all during the reigns of King Viserys I Targaryen and Aegon II Targaryen.

READ MORE: 15 Shows Like Stranger Things That You Should Not Miss!

Mysaria who was largely referred to as the Lady Misery: the White Worm by her enemies and rivals was a dancer. She was the infamous favored lover of Prince Daemon Targaryen, that is, she was the mistress of whisperers to Queen Rhaenyra Targaryen all through the period of Dance of the Dragons. She was from Lys. When King Viserys I Targaryen declared Rhaenyra as this rightful heir, Daemon became furious and out of his wits so he left for Dragonstone with Mysaria. He also gave her a dragon egg when she was pregnant with his child.

Ser Otto Hightower was a knight and the younger brother of Lord Hobert Hightower and an uncle to Lord Ormund Hightower. He of course belonged to the House Hightower located in Oldtown as his name suggests, and was the Hand of the King to Jaehaerys I, Viserys I, and also to Aegon II. He fathered Queen Alicent the second wife of King Viserys I Targaryen, and Gwayne Hightower. Otto Hightower was also one of them who considered Daemon Targaryen the greatest threat to the realm, and was later killed as Rhaenyra Targaryen ordered him to be beheaded soon after she took the King’s Landing from the greens forces.

Even amongst all these characters, it is always been a close call between Prince Daemon Targaryen and Princess Rhaenyra Targaryen while tagging one as the best character in the ‘House Of The Dragon’. Still, Prince Daemon Targaryen takes the throne when we talk about the best character even though he was not able to take one in the series. And Princess Rhaenyra Targaryen takes the throne for the most famous ‘House Of The Dragon’ character.

House Of The Dragon Story

As discussed priorly ‘House Of The Dragon’ is a prequel to the infamous series named Game Of Thrones. Its story is approximately about 200 years before that of Game Of Thrones.

The story of ‘House Of The Dragon’ fills us in about the end of the House Targaryen, and also the events that lead to the Targaryen’s Civil war of succession which is generally termed the “Dance Of Dragons”. It began because of the conflict that aroused after the death of King Viserys I Targaryen, which later tore the Targaryen family apart. The series ends with Aegon III (son of Princess Rhaenyra and Prince Daemon) marrying Jaehaera (granddaughter of Queen Alicent) which leads the two branches of the Targaryen house that were fighting over the throne to unite.

MUST-READ: 25 Shows Like She-Hulk That Will Keep You Hooked Up Till The End!

House Of The Dragon Characters

The characters of the prequel series ‘House Of The Dragon’ are:

You can watch ‘House Of The Dragon’ on HBO, HBO Max, Hulu, and soon on Disney plus Hotstar. You can watch it on Amazon Prime as well with an extended HBO subscription.

If you haven’t watched and are interested in the sequel series of ‘House Of The Dragon’ namely, ‘Game Of Thrones’ you can watch it on Hulu, Disney plus Hotstar, and ESPN+.

MUST READ: Worst Seasons Of Dexter That You All Have Witnessed Till Now!