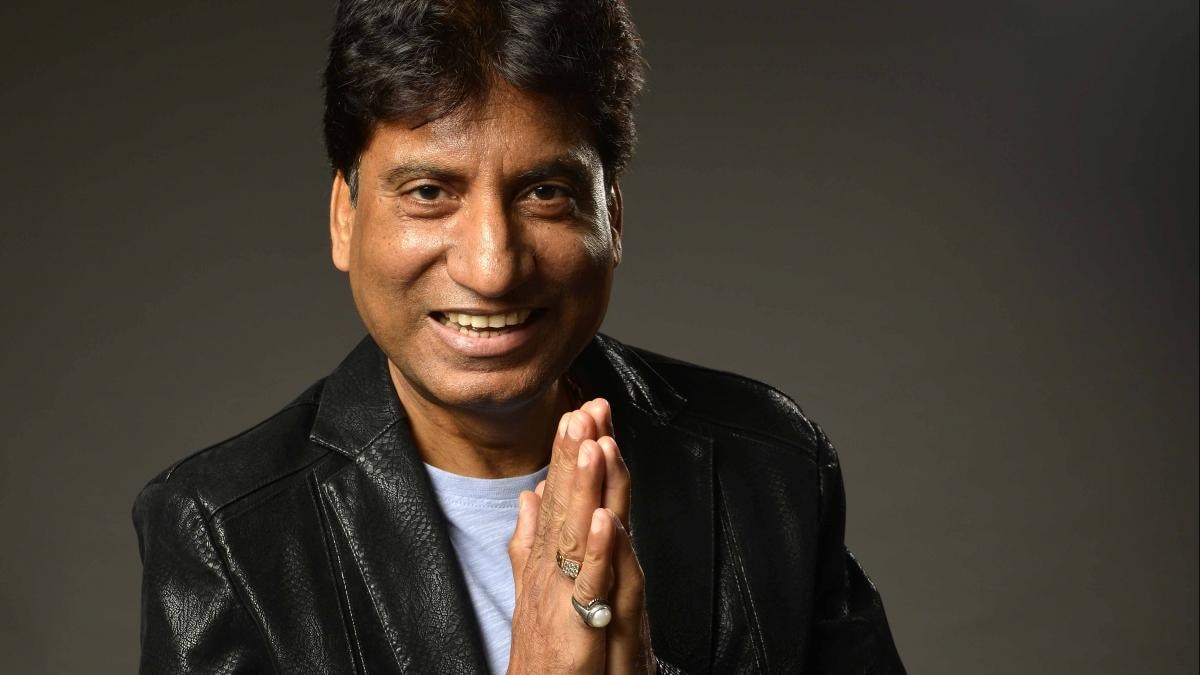 Raju Shrivastav has been a part of almost everyone’s childhood, a time when nobody even knew what stand-up comedy was in India, everyone saw him on the television, cracking jokes and making that weekend night a bit more special. In the early 2000s, the only source of entertainment was television, and watching The Great Indian Laughter Challenge on weekends in the year 2005-2008 was a breath of fresh air. In these times, the profession of stand-up comedy is kind of common, but everyone will agree that Raju Shrivastav is the person who started a wave of laughter in India. Back in August, Raju Shrivastav got a heart attack and due to that, he was admitted to AIIMS hospital, Delhi. Let’s look at the updates about the comedy king.

Raju Shrivastav started his career from scratch, he comes from a small family in a small village and the way he has grown is something everyone admires. On 10 August, Raju Shrivastav was working out at a gym, and he suddenly got a heart attack, he was instantly taken to the hospital. Everyone in the country was sad when they got to know about his health issues. He has not been active that much on television but his addiction is something everyone was reminiscing about on the internet. Be it Twitter, Instagram, Facebook, Google, or any other social media platform, Raju Shrivastav was trending on that day. Then we got to know that his condition is getting severe, he was in ICU for some days, and then he was put on a ventilator, and news about his health getting worse day by day was coming. Prayers from different cities and countries started to pour in, his industry friends were also wishing for his good health.

Sadly, on 21 September 2022, he took his last breath at the age of 58. Raju Shrivastav was struggling for 42 days in the hospital, and the fact that we lost him is amicable. His industry friends such as Kumar Vishwas, Kishan, Sunil Paul, and many others are really sad. Prime Minister Narendra Modi, also tweeted about the death of Raju Shrivastav, and many politicians such as Akhilesh Yadav, and Rajnath Singh mourned his loss. His PA Rajesh Sharma talked about how Raju Shrivastav was a brother to him, and how deeply he is going to miss him. 58 is not an age, everyone is saying. His funeral is held on September 22, at 9:30 AM, many famous people are expected to be present at the funeral of Raju Shrivastav. The whole country and the people who remember him through their childhood are mourning.

ALSO READ: Is Justin Bieber Alive? What Are The Death Rumours?

Raju Shrivastav is an example of how a simple person can achieve great, if he has the talent for it, the hard work Raju Shrivastav has done is insane. He started from Kanpur in Uttarpradesh, on 25 December 1983, a legend was born. He started with small roles in Bollywood films and then his life changed, he was awarded the title of comedy king which is so deserving. The Great Indian Laughter Challenge was the show that opened the way for his marvelous career. From having zero experience in the industry to working on many famous shows, he has grown a lot. If he would appear even in a single episode of a show, that show would become memorable. His comedy was loved by a lot of people, in 2010 even Dawood Ibrahim, who is an underworld don got to know about Raju Shrivastav, and he was threatened to not crack jokes on Pakistan and don Dawood Ibrahim, when even enemies starts to notice you, it simply means you have achieved something in your life. Raju Shrivastav also tried his luck in politics, in 2014 he started with Samajwadi Party and even got a ticket in the 2014 Lok Sabha election, but he returned the ticket after saying that he was not getting the support he deserved. Later on, he joined BJP and was the brand ambassador. Raju Shrivastav married his wife Shikha in 1993, he has two kids Antara and Ayushman. His family members also came to Delhi to say their last goodbye to him. Raju Shrivastav lived a great life, and he had a great life ahead of him, it is an early loss and he will surely be remembered by everyone. His addition to the stand-up comedy world will be missed.

MUST READ: Is Nambi Narayanan Alive? Everything About Him!