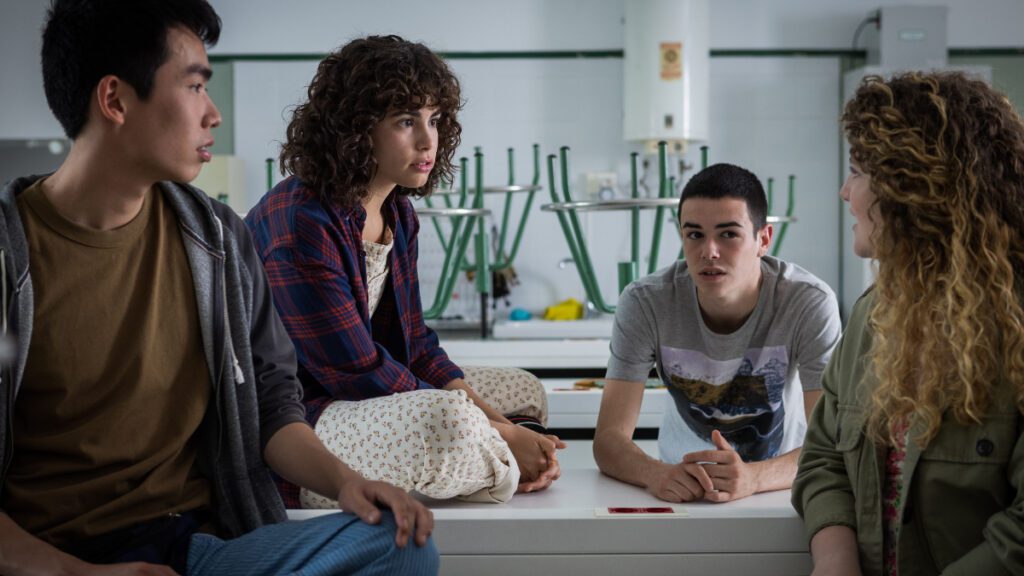 Netflix has been liberal in introducing not just English content, but also content with the potential to strike a chord with audiences from around the world. Due to the success of foreign-language dramas such as Money Heist, Dark, Squid Game, and many more, Netflix has been eager to introduce more content in foreign languages and so we see more Korean, Japanese, Spanish, German, and even Indian content on this streaming giant. These shows have been well-received by the audiences as well which has proved that good content cannot be limited by language barriers and will be given its due reward if that barrier is crossed.

Also, Netflix has been considerate of its audiences who are particularly fond of teen dramas and so, it has introduced dramas like Never Have I Ever, Ginny and Georgia, Stranger Things, Riverdale, Sex Education, Sexify, and movies such as After, To All the Boys I Have Loved Before series, The Kissing Booth series and a lot of others.

Teen dramas combining an element of fantasy such as Stranger Things, The Chilling Adventures of Sabrina, I Am Not Okay With This, Locke and Key, and Teen Wolf have also been well-appreciated. So, it is no wonder that Netflix is looking to include more series combining two well-loved genres, teenage romance and fantasy in its vast collection. Another teen-fantasy drama recently introduced to its collection is the Spanish drama You’re Nothing Special.

There has not been any news announcement regarding the second season of the show. If there will be a second season then the original cast will reprise their roles. However, given the lukewarm response to the series, it is doubtful if it would be renewed for a second season.

About You’re Nothing Special

You’re Nothing Special is a teen-fantasy Spanish drama and its first season premiered on 2nd September 2022. It has 6 episodes with each episode around 35-40 minutes in length. The series follows a young Spanish high school girl Amaia who has to shift from the big city Barcelona to her mother’s hometown Salabarria. She is not exactly excited about this move and is not looking forward to the uninteresting life ahead. However, this seemingly uninteresting life is suddenly spiced up by a secret, that her grandmother was rumored to have been a witch and she may have inherited her powers. Thus, the series follows how Amaia, along with her new friends at school, tries to make a balance between a normal high school experience dealing with family, friends, and romances and her newly-acquired powers.

You’re Nothing Special has the combined theme of teen fantasy which is at the very core of this show. The show has themes of witchcraft and sorcery, however, it is not a dark show, on the contrary, it is a very light-hearted watch. So, those expecting a dark teen drama would be disappointed. However, for fans of light-hearted teen dramas who are looking for a good teen drama with not just the typical teen drama elements but also some magic and fantasy to binge-watch, You’re Nothing Special can be considered a good recommendation. The story starts off on a promising note, but gradually its charm and magic fail to attract a wider audience. The show’s magical elements fail to appeal to the audiences and hence, the show has received mostly lukewarm and mixed reviews.

Most of the reviewers have appreciated the awkwardness of the teenager Amaia and find her mistakes and decisions relatable for teen viewers, but in the end, there is a long list of teen-fantasy shows that have taken the genre to a whole other level and have impressed a wide audience with not only the story, but most importantly, the characters. Viewers have been attached to these characters and hope that their favorite characters do not die and they ship their favorite love pairs. Memorable characters have been an asset to a show’s popularity and so, if a few episodes fail to garner positive reviews, the attachment to the characters helps. However, You’re Nothing Special does not have a memorable cast other than the show’s lead protagonist. Thus, among all the other shows, You’re Nothing Special has failed to make a mark. It is not a known series and it cannot be considered a hidden gem either. However, the show does have some positive elements to it as well, which can make for a good, if not a great watch.