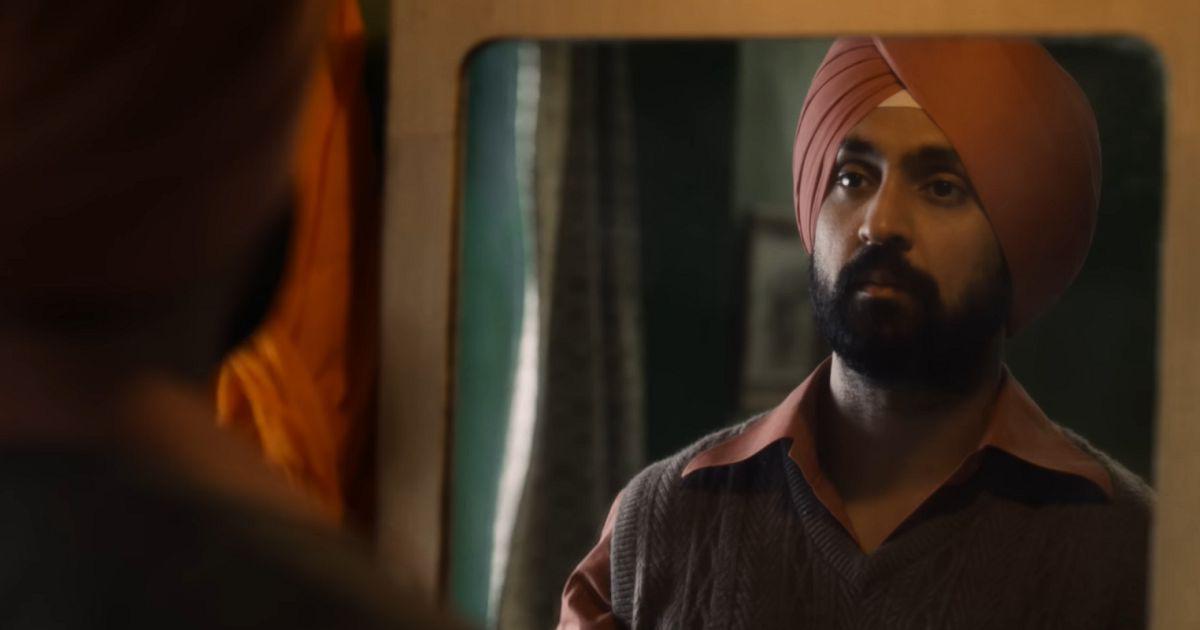 Jogi or as we may say Joginder the guy around whom the entire movie was revolving, is no doubt one of the best 2022 creations and based on the historical significance of the story, we can surely conclude this movie to be reaching great heights on many world platforms and much other stuff. However still Jogi hasn’t been watched by many out there, it surely has reached quite a huge fan base but many people didn’t take the movie quite successfully and that’s complete because of the people’s stereotype regarding Diljit Dosanjh, still, if you are also one of those people, then don’t worry, you will be the one missing out on a lot. However coming to the main topic of the series, Jogi is a historical drama or something like that as most of you have already watched the trailer of the movie we believe, or even the movie itself as it is already available online. However, none to worry about, as we are going to cover everything in this article. This movie is basically based on the Sikh Riots that took place in 1980 in India.

Hope so all of us here, have heard of the 1980 Sikh riot that was going on and the slogan of Delhi burning, if you haven’t heard of it, go and ask your parents or grandparents or just look into your old history book because it’s surely mentioned there. Indira Gandhi one of the most notable prime ministers of India was killed by her own guards who were Sikh and that just enraged the entire country. Yes, there was politics and a lot of stuff involved in the overall scansion that existed but in the ground-level reality, we find that, there was a mass slaughter or as we may say, every Indian despised the Sikh community and during that time, Delhi being the peak of all operation, Sikhs were the ones who were largely at risk, risk of loosing their loved ones, their families and along with that the place they call homes. Now Jogi coves their political scenario and has beautifully weaved an internal story in this political scenario. We find three friends from three different communities, one being the Sikh one and that role being played by none other than Diljit Dosanjh, they take up the responsibility to send their family and friend to safety and take as much revenge for the people who aren’t with them anymore. Overall this movie has given us a beautiful depiction that is quite realistic and has been just packed with drama, action, and ground-level scenarios. However, something that we must say, is that though it has been referred to as realistic and all, it is on a scale that does not depict the scenarios to the extent which has happened because firstly it is a movie, and secondly some of the scenes that may not be approved for audiences of all ages.

Now moving on to the makers and the ratings of the show. When it comes to the maker’s name, everyone knows this person and duly respected him too, its none other than Ali Abbas Zafar, his previous ventures were mainly with notable actors such as Salman khan and Ranveer Singh, and other than that, he has always been praised for the dramatic portrayal and the comedic sense he has carried around in his movies. This movie is already a big success for him and from the fan response, we do see him lifting a good number of awards for this movie in the future. Now coming to the fan reaction and stuff, the highest rated review from the fans has been that they do expect this film in the theatres and that would have given this movie an edge over any other 2022 creations out there. Other than that, the viewer counts if the movie is just increasing day by day and more and more people are rating this movie on notable platforms. The IMDB ratings of the movie stand at a top-notch 8.0 out of 10 which is quite amazing and other than that, the reviews of the critics regarding the movie have been almost all positive. Though there has been some political confrontation that the movie had to face because of the grave reality it has shown, but still up there on the Netflix platform and is worth a watch.

Now coming to the big question of the article, which is regarding the truth about the story that has been depicted, now the makers haven’t ever stated that the entire movie is based on a true event that has taken place, the setting or as we may say the political scenario that has been depicted is true but the story of the three friends around whom the story revolves isn’t actually a true situation, that is a creation of Ali Abbas Zafar.

As we have already mentioned that the story isn’t based on a completely true incident, here the political scenario that existed in 1980 is actually the true part. The three friends from different communities and the role of Diljit Dosanjh are actually a creation of the makers. From the start of the movie we see that everything is quite normal, every Sikh family is living happily in their place, fun days or as we may say calm days exist, but suddenly after a brief proceeding of the story, we see everything changing slowly, there is a riot and everyone is getting against the Sikh families that exist in the area. Even there is a scene where Diljit while coming back from his college and being on a bus, is beaten up by the bus mob and the reason being stated is that he is a Sikh and he deserves that.

This is all because Indira Gandhi, was somehow killed by her own two guards, and although there were political influences, other nations, and many things involved in this murder, the entire rage had to be faced by the Sikhs. At some point, Diljit met one of his friends who were a police officer and based on his suggestions we see Diljit being asked to take his family and leave for Punjab as that is going to be the only safe place and Delhi is quite literally burning. However Diljit at first says no and shows his determination to stay with all his Sikh brothers as he has done nothing wrong, But soon as the intensity of the riot was rising, everyone understood what was coming their way and firearms were being handed to goons of parties and other institutions to carry on this riots and burn Delhi down, which is one of the main reason of the slogan Delhi is burning.

Soon after that the story takes many turns and stuff, and many gruesome activities had to be faced by Diljit or Jogi as we may refer and his family too was suffering, but while escaping, the only thought that remained in the mind of Jogi was revenge for all those he had sacrificed, many huge confrontation scenes take place, and quite some realistic action scenes too, during which Diljit Dosanjh was praised immensely for his acting skills. We won’t give away the story completely but the entire story of Jogi is a fictional one, just the setting or the political scenario has been adapted from one of the biggest tragedies in Indian history.

Though the story that has been adapted occurred in 1980, the entire idea of the story had been in the minds of the makers, mainly Ali since the completion of his last movie Sultan. It was in 2021, that the works related to the movie began at full pace and after a long-running production procedure the movie was finally finished during the summer months of 2022. The movie was already expected to be a huge success and after the launch of the trailer on the 30th of august 2022, this movie attained a huge fan base. The release dates of the movie were finally announced and that was the 16th of September 2022. The movie has already been released and is available for streaming on the Netflix platform.

Where To Watch Jogi Online?

As we have already mentioned, it was almost the wish of every fan out there, to watch this movie on the big screen, which obviously would have given this movie an edge over any other box office hit movies out there, but unfortunately, this movie is a Netflix original and is only available to all Netflix subscribers out there.