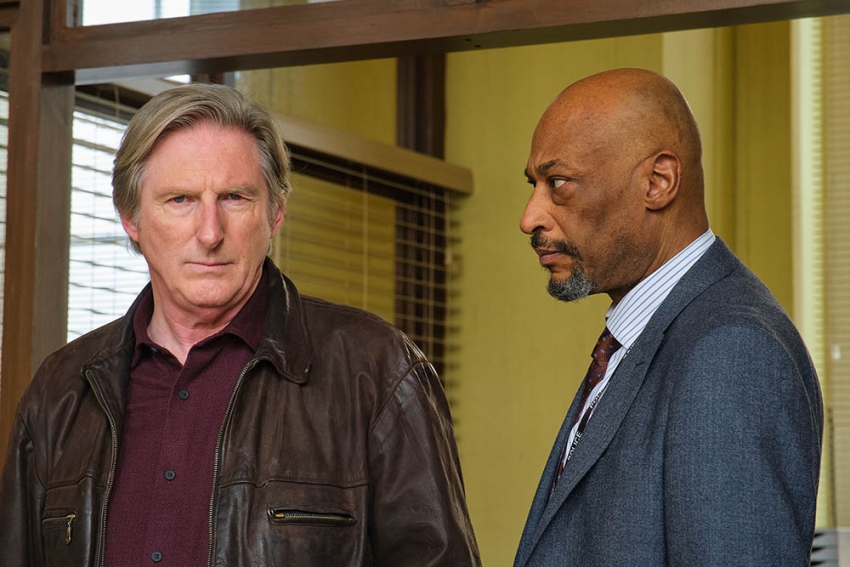 Hollywood excels in making good and entertaining shows, but you possibly can’t ignore British shows, they are kind of underrated gems, but when they get popular and mainstream, everyone is suddenly a fan of those shows. Ridley is another example of a show that is taking people by storm right now. Created by Paul Matthew Thompson, directed by

Paul Gay, Bryn Higgins, and Noreen Kershaw, and written by Paul Matthew Thompson, Jonathan Fisher, and Julia Gilbert, Ridley is a show that will make you feel excited and surprised. In every episode, Alex Ridely tries to find the convicts, and the way everything is presented is beautiful to the core. The last 3rd episode was released on 11 September 2022, and fans have been waiting for Ridley’s episode 4 release date.

Ridley was released on 28 August 2022, and so far, three episodes have been released. The IMDb rating of Ridley is 6 out of 10, which is moderate but there is no denying that Ridley is interesting, and to see another exciting episode of the series will be more engaging! As far as the Ridley episode 4 release date is concerned, it is 18th September 2022, so just some more days, and we will watch another crime solving.

In every episode, Ridley follows some crime and tries to find the culprit. The story mainly follows Alex Ridley, he is a former inspector, but the circumstances around him force him to work once again. Alex Ridley gets a mental breakdown because he recently lost both his wife and daughter in a house fire. Every episode, he solves some cases and tries to find the culprit.

In episode 1, we saw that Alex Ridely tried to find the culprit behind the murder of a sheep farmer, and that led to a bigger case of sex offenders. In episode 2, a body of a woman just gets found out, and Alex Ridley and the team are out ti to find the person behind it. A disappearance case and a murder seem to be connected, and they both have a time difference of nearly 40 years in episode 3. Surely there is going to be another interesting and exciting case for Alex Ridley and a story for us in the future episodes. The show Ridley seems to follow every new case every other episode. We will see where episode 4 of Ridley will take us when it releases. And we will also see another case unravel and solved by our protagonist Alex Ridley.

Ridley has a really talented cast and character, every character serves a purpose, and the way every actor has acted is insanely beautiful. The main character of Ridley is Alex Ridley, who is a former inspector, but after 18 months of his retirement, he finds himself entangled in a mental breakdown because he recently lost his wife and daughter. The role of Alex Ridley is played by Adrian Dunbar. He is well-known for his work on projects such as Hear My Song, Ashes to Ashes, Line Of Duty, and many other successful projects. The character of DI Carol Farman is played by Bronagh Waugh, who is popular for his roles on projects such as The Fall, Hollyoaks, and Unforgotten. Dr. Wendy Newstone’s character is played by Georgie Glen. She is famous for her shows, such as Waterloo Road, The Crown, and Call The Midwife. Julie Graham plays the role of Annie Marling.

She has previously worked on Shetland, Tower Block, and The Bletchley Circle. Bhavna Limbachia has played the character of Geri Farman. Bhavana Limbachia is known for her work on Coronation Street and Citizen Khan. The supporting characters and actors are fascinating as well, such as Terence Maynard in the role of DCI Paul Goodwin, Aidan McArdle in the role of Michael Flannery, Tareq Al-Jeddal in the role of Jack Farman, Jacquetta May in the character of Kate Ridley, and George Bukhari in the role of DC Darren Lakhan. Let’s see who we will see on Ridley episode 4, the main cast will be the same, but the rest of the actors will be different. There is no news about the whole cast of Ridley episode 4, but the main cast will be the same.

Where To Watch Ridley Online?

Ridley is available on ITV hub and also airs on ITV, the show can look a little cliche, but that does not mean that it is, so trying Ridley once can be a good option.