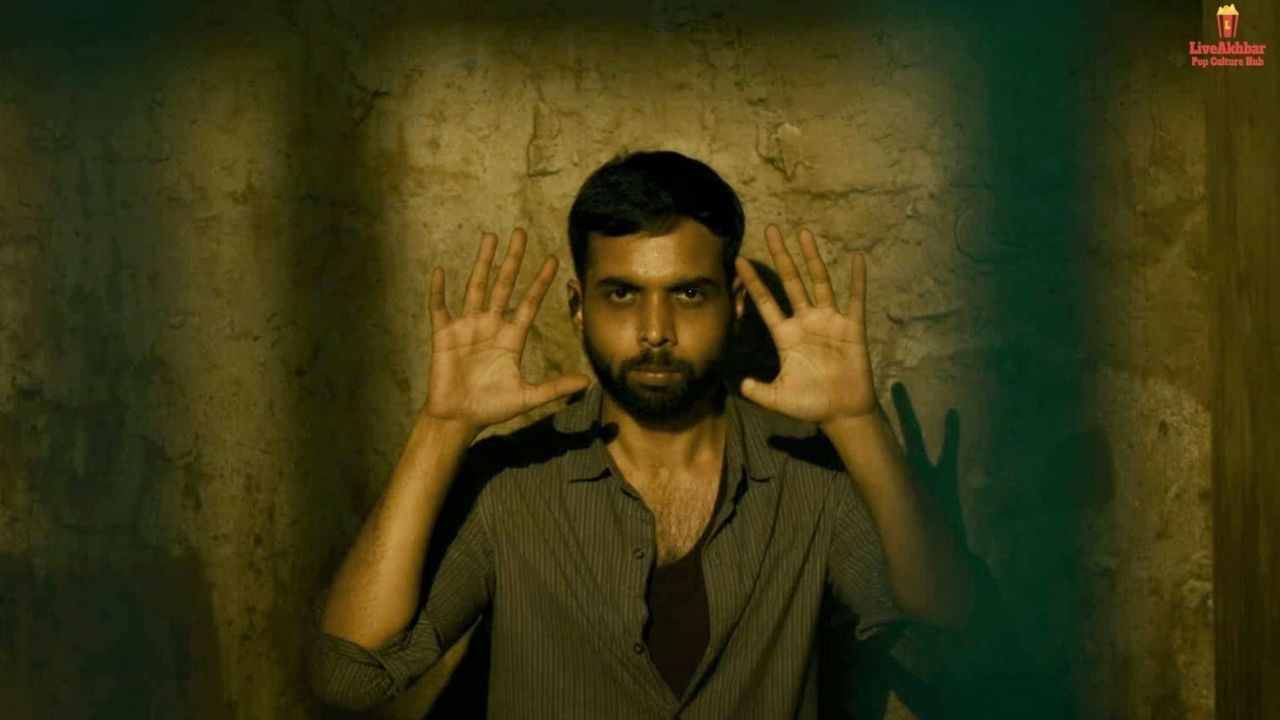 Paatal Lok is Amazon Prime’s Indian Hindi Language web show. It is based on crime and thrill, created by Sudip Sharma and directed by Avinash Arun and Prosit Roy. The story of Paatal Lok is based on 2010’s novel The Story of My Assassins, written by Tarun Tejpal. The story revolves around the disappointed police officer who settled a murder attempt case that went wrong. The web show was shot in more than 110 real locations, and it is the first web series to be shot in Chitrakoot.

“Patala” in Hindu mythology denotes hell of the subterranean realms.  It Means hell, which is a realm below feet. ‘Patal Lok’ is an investigative thriller drama released during the COVID lockdown on May 15, 2020, on Amazon prime video. The series depicts parallels with Hindu mythological realms where swarga, Prithvi, and patal equate with heaven, earth, and hell in order with today’s social structure, which exists and functions the way it does. Powerful people who live in swarga, middle-class people who serve the powerful people who live in Prithvi and do their bidding, and at last, victims who live in Patala.

The story goes on with fast-paced development, as it uncovers the ugliness and evils of society and all the conspiracy, which remains a big revelation till the end. It gives justice to the character and their conditioning which was shaped by the same society which is trying to cover up the truth to feed the ego of the people who control from behind the scene. The first season of Paatal Lok was released on 15 May 2020 on Amazon Prime Video. The show got rave reviews from critics. They applauded the actions of the main lead Jaideep Ahlawat and the other characters, writing, direction, story, and plot. According to The Indian Express, Paatal Lok was included in the list of Top 10 Web Series of 2020. And this was one of the best International TV Shows of 2020 by Variety magazine.

It has earned a great response from the fans. It also received eight nominations at Filmfare OTT Awards, and it won five of them, Best Actor, Best Series, Best Screenplay, Best Direction, and Best Original Story. Fans are also anxiously waiting for the second season of Paatal Lok. So, this article contains all you need to know, like Paatal Lok Season 2 Release Date, Cast, Plot, and much more. 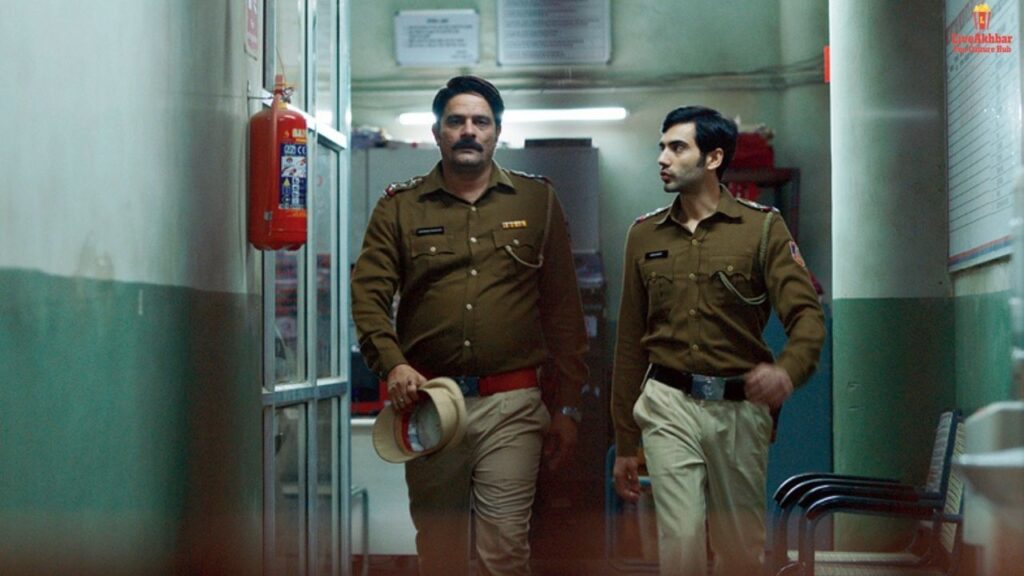 Season 1 of Paatal Lok was released in 2020 on May 15. It has nine episodes with a run time of 45- 53 minutes each. However, the makers have already announced Season 2 of Paatal Lok, which has to be conceptualized. Because of the increasing popularity of the show, the makers most probably would like to release the second season of Paatal Lok. The producers also reveal some hints regarding the production of season 2 in progress. And finally, on 28 April 2022, we got to know that the second season is officially happening!

But till now, there has been no official announcement about Paatal Lok Season 2 Release Date. Most likely, we can expect the next season sometime at the end of 2022 or the beginning of 2023 on Amazon Prime Video.

The story is set in East Delhi. As we said, earlier, this is the story that rotates around the police officer named Hathiram Chowdhary (played by Jaideep Ahlawat). He is a suspicious police officer assigned to examine a high-profile case. As he continuously grabbed in this case investigation, he got dragged into the darker side of the underworld and the crime. It showed the story through the traditional concepts of Swarg, Dharti, and Paatal. These metaphors are used for the different classes of India and the different people. The story’s primary stage is being shown as Paatal for the criminals and murderers.

By the end of the series, you will be able to see that police officer Hathiram Chowdhary was comfortable and happy with his present life. If we talk about the plot of Paatal Lok Season 2, we can assume that it will also show the new murder mystery. Maybe the plot will be the same, but the story will be different. Till now, there is no official announcement regarding the story or the script for the next season.

Paatal Lok has a great and popular face as the cast member. In Paatal Lok Season 2, we can also expect some new faces will be involved in it. But now, we do not have any official information from the side of the makers regarding the cast. Critics gave good reviews because of the work performed by the actors, so this is also the probability that the makers will not change the cast however they can add some new faces.

Well, the way the storytelling and the characters were portrayed, which set the thriller element throughout the show, helped me get a glimpse of what a good web series could be, as the story had some realistic elements which added more to the realism of how the characters interact in real life. It felt real. The main protagonist Hathiram Chaudhary, a mediocre cop looking for his next big breakthrough case, gets involved in a conspiracy that spirals his life into a Patal, which eludes in a quick fashion, drawing parallel to a character of Yudhishthira in Mahabharata. It mostly uncovers the backstory of 4 victims in a layered fashion in every episode with suspense. Each detail gives the run for its money. It also shows the ugliness of society and its evil which still comes out as a sore thumb. The storytelling just goes in a flow which gives the show an edge over any other series out there.

Of course, don’t watch it with your family, as it contains explicit content. Only those above 18 can watch this show. Anyway, if you are looking for something thrilling and realistic, you come under a must-watch goer to the series. The show has great casting, and their acting was impeccable, with enough chaos connecting threads in suspense that will give you a blast to your boring weekend.

As we said, there is no official date for the release of Paatal Lok Season 2. So, there will be no official trailer or any teaser for the same. We will update you as soon as possible when we get further information.

Well, there have been instances where political bias has been added with nuanced fashion, which only depicts a one-sided story, where reality is absent for more mature content. Political correctness was lacking as this didn’t let the series get bogged down, and it didn’t feel heavy for the series. And they experimented with some technical scenes from other greatly directed series that were a long way from meeting the mark.

The series producer was Anushka Sharma. If this doesn’t give you enough reason to watch it, I don’t know what else would. If you are watching it bear it in your mind, don’t react to political opinions. Look past it for its story and well depiction, a beautifully crafted series at that! All in all, the series is worth a watch for people who’re seeking some thrilling drama as entertainment in their life! I hope this show brings you inspiration and value in your life. So go watch it!

ALSO READ: The Chosen Season 3 Release Date Is Not Announced!