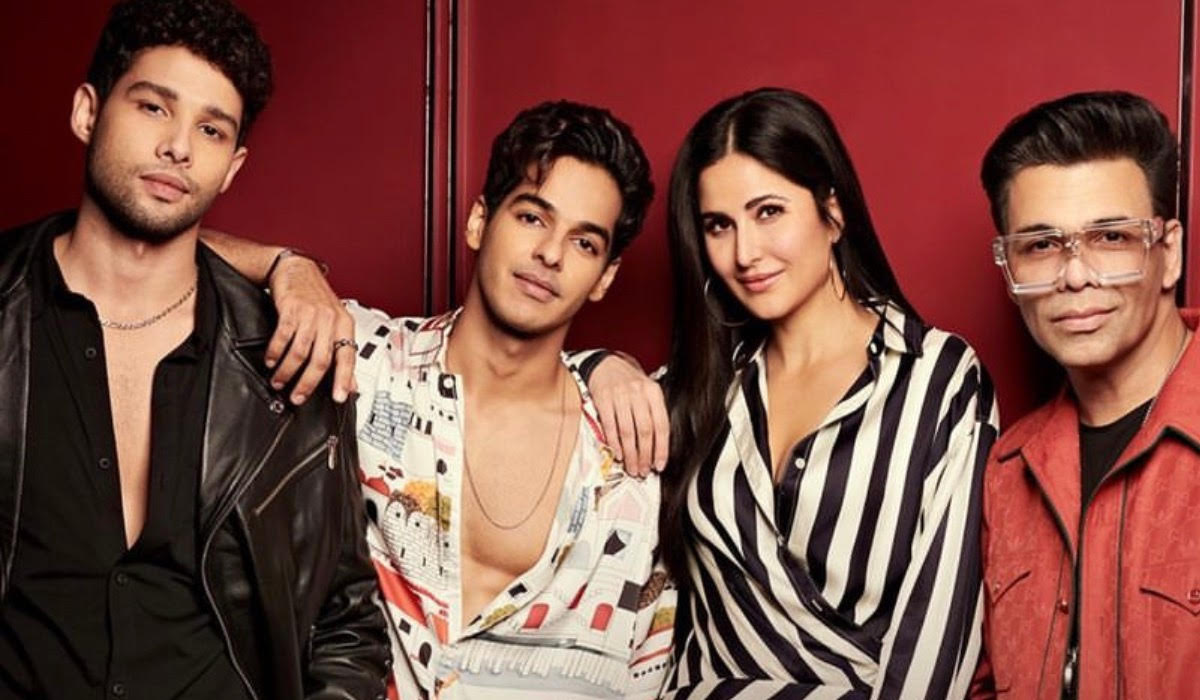 Koffee With Karan season 7 wrapped itself up recently. The series is a never-getting-old popular talk show where Indian celebs and personalities meet Karan Johar, the television personality and a legendary, talented filmmaker. They sit and have coffee together while the guests spill the tea on their lives, acting experiences, views on controversial topics, their celeb friendships, and play a few games that make the show interesting. The show has fans worldwide, and everyone is interested in the star gossip, which is scraped from the deepest darkest corners of the stars. Every season, the show only grows to be better and bigger, making a brilliant history with the old, ongoing, and new cinematic legends, popular personalities, and sportspeople who attend the show. The 7th season welcomed new fans, fascinating the older fans, with its all-new and fresh segments from Koffee Bingo, to Mashed Up.

The show also organizes quizzes to check the guests’ intellect and general knowledge, which often turns into a deal of great laughter for fans. Karan has often proved his matchmaking skills with many personalities and has given the fans a lot of ships to look forward to. The series has focused on the true stories of the stars and personalities who visit the show and have been given a chance to introduce themselves and their personal lives and personality to the audience and their fans. The show is good relaxation for both sides, and the guests are always happy and energetic, loving the time which they have taken from their super-busy schedules to attend the show. The fight for the Koffee hamper is never-ending fun when we see the stars being over-competitive about something so simple and creating many memes and memories while they are at it. The stars are seen to not hold back while answering controversial questions and accepting requests that could bring them trouble. This makes the show all the more interesting and thrilling to watch. In this article, we will be providing you with all the available details we have about a possible Season 8. We hope you stick with us till the end of the article and share your views in the comments. We always love being a part of an interesting and lively crowd.

Koffee with Karan released its 7th season on 7th July and will update with new episodes every Thursday. Since the new season is already in its prime, here are updates on the next season. The 8th season of the show is now confirmed by the makers. Although, it goes without a doubt that the show is insanely popular for its end to be coming any sooner. We are yet to receive the number of episodes and further details on the 8th season, so we are not aware of how long the 8th season will be. Nevertheless, sine season 7 has ended, we can look forward to the next season, as wrapping up the show opens new ways for new seasons. Especially when many people watch the show worldwide, and the show has its own cult of loyal fans who wish for nothing but the show’s success. Many people are curious about the future plans of the show, but, at this point, the exact release date of Koffe With Karam Season 8 is just speculation.

The previous creators involved in the show are expected to make their return along with recurring guests and a few fresh new personalities based on their popularity and the public interest. Koffee with Karan has completed a total of 6 seasons, with episodes crossing more than a hundred. We can expect this upcoming installment, along with the future seasons, to live up to their name. The show produced by Fazila Allana and Kamna Nirula Menezes has been ongoing for a duration of 18 years, ever since its release on 19th November 2004. The show will definitely come back very soon unless there is an accident that forces the show to close down, breaking thousands of hearts.

The show has made a comeback after almost three years after airing its last episode in March 2019. The new season has brought noticeable changes in its production and streaming after the show decided to change its release medium, from telecasting in Star World to being an exclusive for Disney+ Hotstar as its special. Although it means the show has grown enough to be exclusive for a platform, being able to raise the subscription sales, it also means that the streaming would be limited to only people who have Disney+ Hotstar. The first episode of the series was a mega-hit, with guests Ranveer Singh and Alia Bhatt appearing as guests. They are working together on a new movie, Rocky aur Rani Ki Prem Kahani, and are hence in the process of promoting it.

The whole episode was filled with loads of entertainment, with the married guests talking about their respective personal lives with their partners and Alia, who recently married Ranbir Kapoor, explaining her lifestyle changes after being a part of the Kapoor family. The teaser for the season featured and gave a glimpse of many popular actors, like Akshay Kumar, Samantha Ruth Prabhu, Sarah Ali Khan, Janhvi Kapoor, Tiger Shroff, Kriti Sanon, Shahid Kapoor, Kiara Advani, Ananya Panday, and Vijay Deverakonda, Varun Dhavan and Anil Kapoor, and many more. The teaser surely promises a lot of interactions between the artists and a lot of cookie clips for the fans to relish in. The first teaser for the 7th season was released on 21st July, which succeeded in crossing 17M views, and the following teaser, released on 2nd July, which crossed 9M views. What more words can express the popularity of the show? Both the trailers were dedicated to different aspects of the show. One talked about the rich history of the show, and the other focused on the events to expect in this season. A wholesome promotion, indeed!

Koffee with Karan is exclusive to Disney+ Hotstar after it became exclusive to the platform. The show can only be viewed from the streaming service, which provides all the seasons, cookie clips, special segments, and unreleased footage. If you wish to watch the show, buying the Hotstar subscription will be the best and possibly the only option for streaming all the episodes. In case you live in an area where you are not able to access the show, which would be quite rare as the show is available almost worldwide, we suggest you use VPN. VPN will allow you to change your location to a favorable one, which will allow you to gain access to the show. VPN can also be used for watching many rare regionally based shows, which would be tough to find in your location. VPN is one of the best legal ways to open the vast library of shows all around the world to satisfy your tastes.

Buying the premium Hotstar Subscription will provide you with a lot of advantages while watching the show, and you won’t regret investing your money, as many people are happy with the facilities provided for premium customers. Every season was aired on Star World to date, but the 7th season chose a different route. For people living in the US, the Hulu app will be providing you with the series for streaming, and a VPN can be used to change your location for people who aren’t living in the US. So on this note, we will be ending our updates on the season 8 release of Koffee With Karan, and we will meet you again with more crumbs on further official news.

ALSO READ: Darlings Release Date, Cast, And Everything You Should Know!