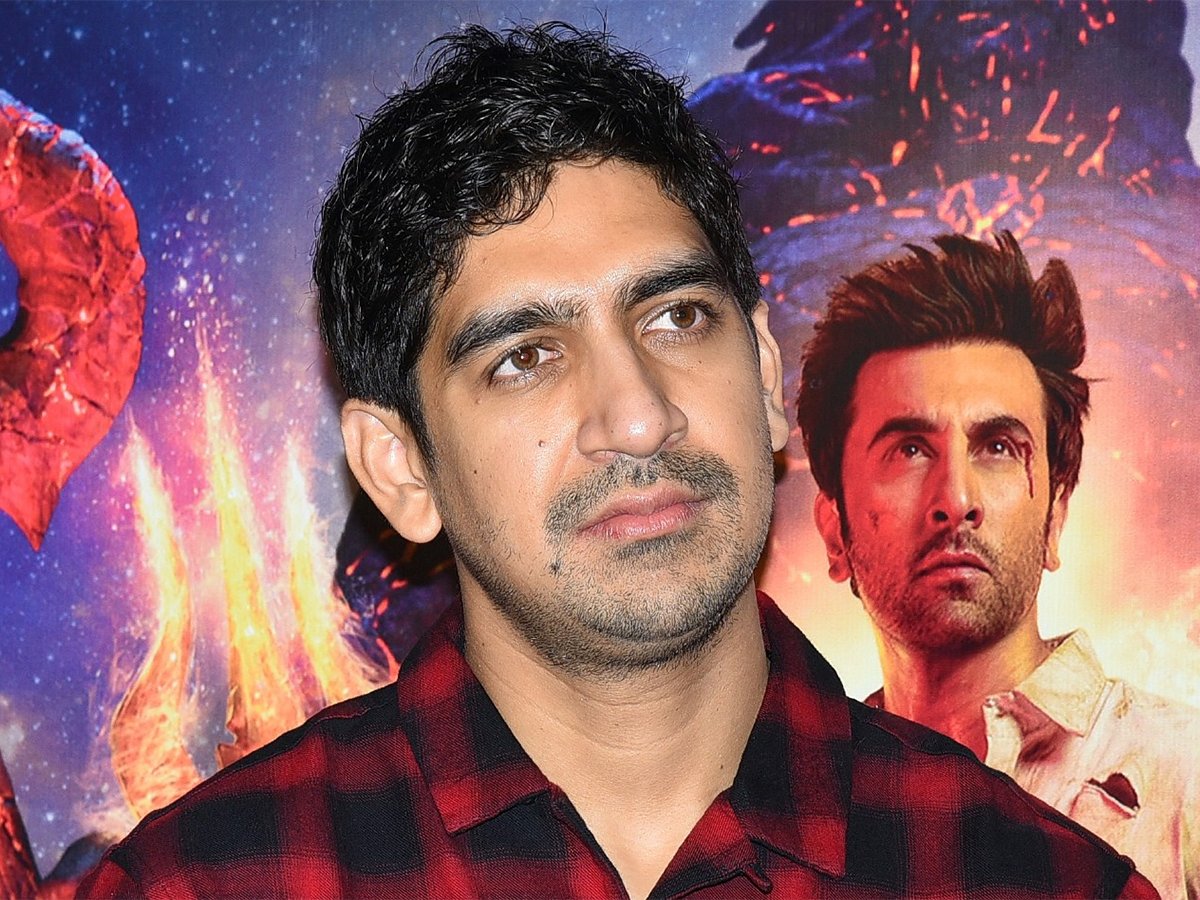 A movie needs a lot of things to make it a good movie, story, acting, music, cinematography, and all that can happen under the guidance of directors, so directors are an important part of the movie industry. If the direction is good, the movie will speak up, and if the direction is bad, then a good movie is not possible, so being a good director is a skill. One such director who makes the movie flawless is Ayan Mukerji. He has been in the Hindi movie industry for so many years now and has given some of the most iconic Bollywood movies. His recent film Brahmastra got the praise of a lot of people. For quite some time now, Hindi movies are not able to generate money and an audience, so in that scenario, Brahmastra developing 75 Crores on its first day is a big thing. Brahmastra became a movie with a strong opening. Movies such as RRR and Bahubali, which were blockbusters, did not generate much money on their release day. The success of Brahamastra can be dedicated to its VFX, acting and cinematography, etc., but it all can be possible under the direction of Ayan Mukerji. He made a movie worth 400 Crore, so people were wondering about his net worth, so let’s know about him and a bit more about this talented director Ayan Mukerji.

Ayan Mukerji has created a bunch of movies, and there are a lot of super hit movies under his name. It takes years to be a successful person in the movie industry, the hard work is a lot, but once that pays off, there is going to be money and fame. Ayan Mukerji’s talent and hard work have paid off, and that makes him the owner of more than $ 7 million. He also has a lavish home in one of the most famous and rich areas in Mumbai, Maharashtra, India.

ALSO READ: Kala Chashmah Song Was Written And Sold By A Police Constable At Just 11,000!

Ayan Mukerji was born on August 15, 1983, in Calcutta, West Bengal. His parents are Deb Mukherjee and Amrit Devi Mukherjee, his father is also an actor. Though his career was short-lived, he has worked in many films such as Baaton Baaton Mein and Jo Jeeta Wohi Sikander, he worked mainly in Bengali movies. Ayan Mukerji comes from the famous Mukharjee family in Bollywood, he has many popular relatives who have made a name in the Bollywood industry, and he is cousins with actresses such as Kajol and Rani Mukherjee. Kishore Kumar and Ashok Kumar are his granduncles. Ashutosh Gowarikar is his brother -in law, and his grandfather Sashadhar Mukherjee was an Indian filmmaker in the time of early 1930s and has given classic movies such as Dil Deke Dekho, Love in Simla, and Ek Musafir Ek Hasina. Ayan Mukerji studied at Jamnabai Narsee School in Vile Parle, Mumbai.

Ayan took a break of around 2-3 years to write the screenplay of Wake Up Sid and also worked as a director on that film, Wake Up Sid was released in 2009, is one of the most critically acclaimed movies, and is still loved by many people. Ayan Mukerji practices Hinduism and has said that he was deeply influenced by Indian Mythology and that Shiva and Vishnu affected him, he got interested in the science and spirituality of Hindu Mythology and decided to make the movie Brahmastra on the stories that woven his childhood and shaped his personality. Ayan has not married someone yet, he was rumored to be in a relationship with Mouni Roy when they started working on the movie Brahmastra, but Mouni Roy married Suraj Nambiar a while ago, meaning that those rumors were not true. He seems to be single as of right now, but then he does not share about his personal life much, so proper information can’t be derived.

Ayan Mukerji started his career as an assistant director in the movie Swades and Kabhi Alvida Na Kehna. With the success of Wake Up Sid, he, later on, created Yeh Jawani Hai Deewani, which is another loved movie even after so many years. His movie Yeh Jawani Hai Deewani was able to garner 1 billion USD in the span of just seven days, making that movie his career’s most successful movie ever. He has also worked in the movie Home Delivery as an actor. In Home Delivery, he worked alongside Vivek Oberoi, Ayesha Takia, and Boman Irani. He is the director and writer of Yeh Jawani Hai Deewani and also had a cameo appearance in the movie. Ayan was assistant director in Kabhi Alvida Na Kehna and also had a cameo role.

In the Brahmastra trilogy, he is the director, producer, and writer. Ayan has said that he will not work in Bengali movies because the reach is really less because the language is spoken by fewer people. In comparison to Hindi, he says that Hindi movies give him the opportunity to tell his story effectively and to a wider audience, in Bengali movies, the audience is not much, and because of that, he is not able to reach many people. He likes to read as well and has said that he loves movies such as Harry Potter and Lord Of The Rings because of their story and animation. He said that he closely looked at the movie and got the idea to make Brahmastra. Ayan Mukerji doesn’t have that many movies under his name, but all the movies he has worked in till now, establish him as a renowned director, and his work gets appreciated by many people. Recently when Vivek Agnihotri, who is the director of the movie The Kashmir Files, took a sly at Ayan Mukerji and people came to Ayan Mukerji’s defense saying that his work is impeccable and should not be judged.

Brahamastra movie is a trilogy, and the rest of the two parts will come soon. Brahmastra got mixed reviews from the people and critics. Some really loved it, some only loved the VFX and criticized the movie for its dialogue writing, but it definitely got the success it deserved. Now we will see the magic of Ayan Mukerji and the whole Brahamastra cast and crew in the upcoming movies.

ALSO READ: Which Marvel Actor Is Paid The Most?

Ayan Mukerji has gotten a lot of praise for his work as a producer, writer, and director. His movies are less in numbers but have got the fame and praises they deserve. He has been nominated for many prestigious awards and has also won a lot of them as the best director, best screenplay, and best story. He was nominated for the 55th Filmfare Awards, Screen Awards, Stardust Awards, Producers Guild Film Awards, International Indian Film Academy Awards for Wake Up Sid, and won three awards for Wake Up Sid. For Yeh Jawani Hai Deewani, he was nominated for BIG Star Entertainment Awards, 59th Filmfare Awards, Screen Awards, Producers Guild Film Awards, and Zee Cine Awards. He won two awards Yeh Jawani Hai Deewani.

Being a part of the Bollywood industry, everyone gets part of some controversy every once in a while. Even Ayan Mukerji was not untouched by controversy; in 2019, a video got viral on social media. In that video, many famous people such as Deepika Padukone, Karan Johar, and other Bollywood stars could be seen, Ayan Mukerji was present in that part, and he could also be seen in the video. The video got backlash because all the people in the video could be seen consuming illegal drugs, and a lot of them were looking high and under the influence of drugs. When the video got viral, the Narcotics Control Bureau got in contact with Karan Johar because the party was at his place, nothing really happened afterward, but this was one of the controversies that Ayan Mukerji was involved in.

Ayan Mukerji is on Instagram as @ayan_mukerji, and he has 273K Instagram followers as of right now. Ayan Mukerji does not like to share much on his social media, and he only shares snippets of his movies.

MUST READ: When Will Alia Give Birth? Is The Date Revealed?