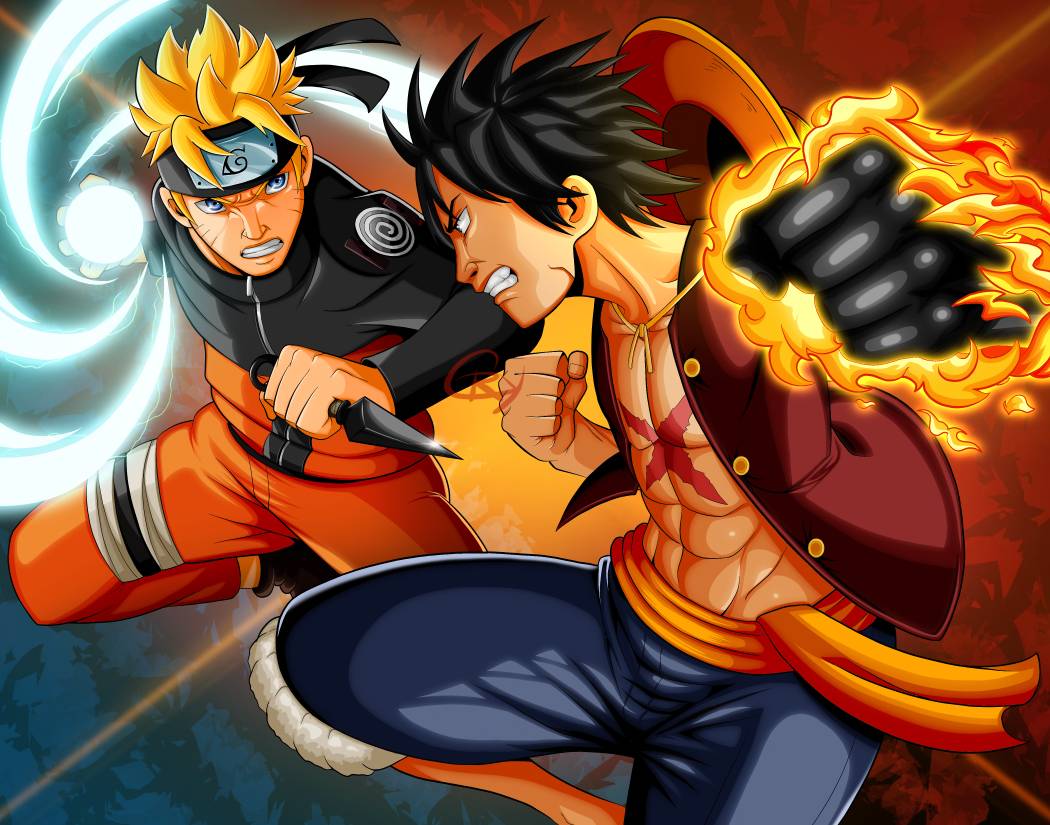 Oh my god! Just imagining the fight between the two most legendary characters from the two most legendary anime is giving everyone some form of excitement. They both have great powers and magnificent techniques; both Luffy and Naruto are the masters of their game. A competitive banter between the two most loved fandoms is so obvious because of their capabilities that many people wonder who would win if there were a battle to happen between Luffy and Naruto Luffy has come a long way. He has learned many things and skills in his journey, but Naruto is no less compared to him. So, let’s just answer the question, who would win in a fight between Luffy and Naruto, once and for all?

Who Would Win In A Fight Between Luffy And Naruto

On the one hand, we have Naruto, who got his powers from the nine-tailed beast within him, which he got on the day of his birth. When he grew up, he met Sasuke Uchiha, and they all became part of Team Kakashi. With time he learned new skills and powers to be the greatest ninja, he mastered the art of Jutsus, and he started his training when he was just 12 years old. On the other hand, we have Monkey D. Luffy, who got his flexible powers. When he eats the devil fruit, he can stretch himself like rubber and is on the journey to becoming a  Compared to Naruto, Luffy started his training way earlier when he was just seven years old, which means he has just some more experience than Naruto. Naruto knows the physical skills. His punch is insane and can hurt someone with just a punch, even Luffy knows it, but Naruto has some insane talent when it comes to his punch. His fight with some really powerful people resulted in Naruto’s win. But Luffy masters in speedrunning, his Fourth Gear Snakeman, which makes him one of the fastest characters in the anime world. In a fight, you need both kinds of powers, offensive and defensive, but Naruto seems to lack that skill, his skills such as Rasengan and Kurama’s fists are great but not defensive, Luffy’s special talent is his stretchable body, thanks to the fruit, and that helps him in defending himself.

Naruto’s Six Paths Sage Mode is unmatchable and unbeatable. Add his Kurama Mode, which makes everything more in favor of Naruto. If there is a fight to happen between Luffy and Naruto, who can ignore their Chakra of Naruto? Naruto also has some skills such as Wind Release: Rasenshuriken, a slicing wind blow, the cure for every enemy; Shadow Clones also add in favor of Naruto. Luff has a special talent; he does not need to use his hands in order to win. Remember when his hand was locked up in the wax binding and how he just got rid of that like a pro? Naruto lacks that. But Luffy has a big weakness, which is he can’t stand water, it is kind of ironic, considering he is a pirate, but Naruto excels when it comes to a fight near a water body, his training as a Shinobi gave him the ability to walk on waters using Chakra, which makes Naruto a winner by one point. So, sorry One Piece fans, Naruto seems to be a winner in this scenario.

According to my opinion, though, both Luffy and Naruto have the same goal and aspirations, so if they ever meet in person, they will definitely be great friends rather than fighting like enemies; they give off best friend forever energy. Just imagining a collab between One Piece and Naruto seems to replace all our problems with happy feelings. So Eiichiro Oda and Masahi Kishimoto, or anyone who has control over it, please make a collaboration happen. Everyone will love it.

Similarities Between Luffy And Naruto

To prove my point that they can be good friends, we are going to look at the similarities between Naruto and Luffy. So, number one is they are great people to be friends with, they both care about friendships and always make meaningful connections whenever they are out, they also fulfill their promises, and they both understand the feeling of loneliness due to their unfortunate circumstances. They both love to prank other people, and they both are emotionally available people and are never afraid to express themselves, plus, their shared love of food will make them friends for life.

MUST READ: Is Naruto Gay? The Answer Came Out To Be No!