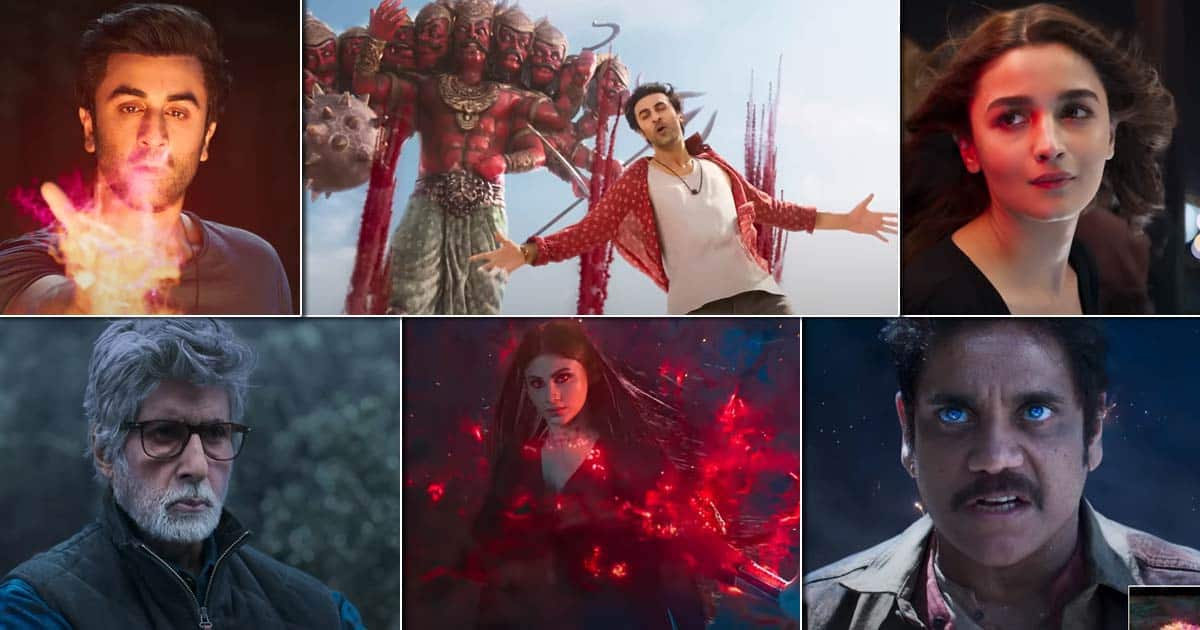 Finally, Brahmastra, a big-budget Bollywood movie, was released on 9 September 2022. The movie received mixed reviews from the viewers. Its cast includes Ranbir Kapoor, Alia Bhatt, Amitabh Bachchan, Shah Rukh Khan, Nagarjun, and Mouni Roy. The VFX of the movie is just amazing, but if we talk about the actions of the lead pair, it’s just not that good. But the supporting actors are just incredible, whether it is Shah Rukh Khan, Amitabh Bachchan, Nagarjun, Mouni Roy, etc.

This Hindi- language movie is based on Indian mythology. It basically shows Indian mythology in a modern way. The story revolves around a magical weapon, Brahmastra, that holds power to destroy and create the Universe. Lead pair Shiva and Isha (Ranbir and Alia) will be shown, creating a love angle in the superhero movie. Well, Alia’s character should be used wisely by Ayan Mukherji.

So, now as we all know, the story is related to different Astras, but in the movie, some characters used these Astras as their powers. Well, it is very natural for the powers to battle against each other, which is why we have seen many characters who died in Brahmastra. But who are these? Which characters died in Brahmastra?

Mohan Bhargav, a Scientist by profession and a member of Brahmans (a group to protect Brahmastra), owns the powers of Vanarastra. He also had one piece of Brahmastra that Junoon (Mouni Roy) was searching for. So, Junoon reached his office and hypnotized him to know about all the three pieces of Brahmastra, and because of this, he told her about the first two pieces, but at the time of speaking about the third piece, he gained consciousness and did not want to reveal about the third piece, so to keep this secret he killed himself by pushing the revolving chair fell down from the building.

Anish Shetty, an Artist by profession and a member of the Brahmans group, had the powers of Nandiastra. So, when Shiva (Ranbir Kapoor) dreamed about the death of Anish, he tried to save him by following him on the journey to Himachal Pradesh. But when Anish knew all this, he told Shiva and Isha to go to their Guruji with the second piece of Brahmastra, and Anish alone battled with Junoon and Zor. But in the end, they both succeeded in killing Anish.

READ MORE: Who Is Dev In Brahmastra? What Is The Story Behind This Mysterious Man?

A North-Eastern boy studying powers in the Asharam with Guruji (Amitabh Bachchan) had Pawanastra. When Junoon followed Isha and Shiva for the second piece of Brahmastra, they met with Tenzing, who saved Isha while Junoon tried to grab the piece. But finally, when he finally succeeded in saving Isha’s life, Junoon jabbed him from the back, and he died.

Junoon, the villain of the movie, is played by Mouni Roy. She was the queen of Darkness and an apprentice of Deva. At the end of the movie, she succeeds in joining all three broken pieces of Brahmastra. After that, some mysterious energy came to her, and she died on the spot.