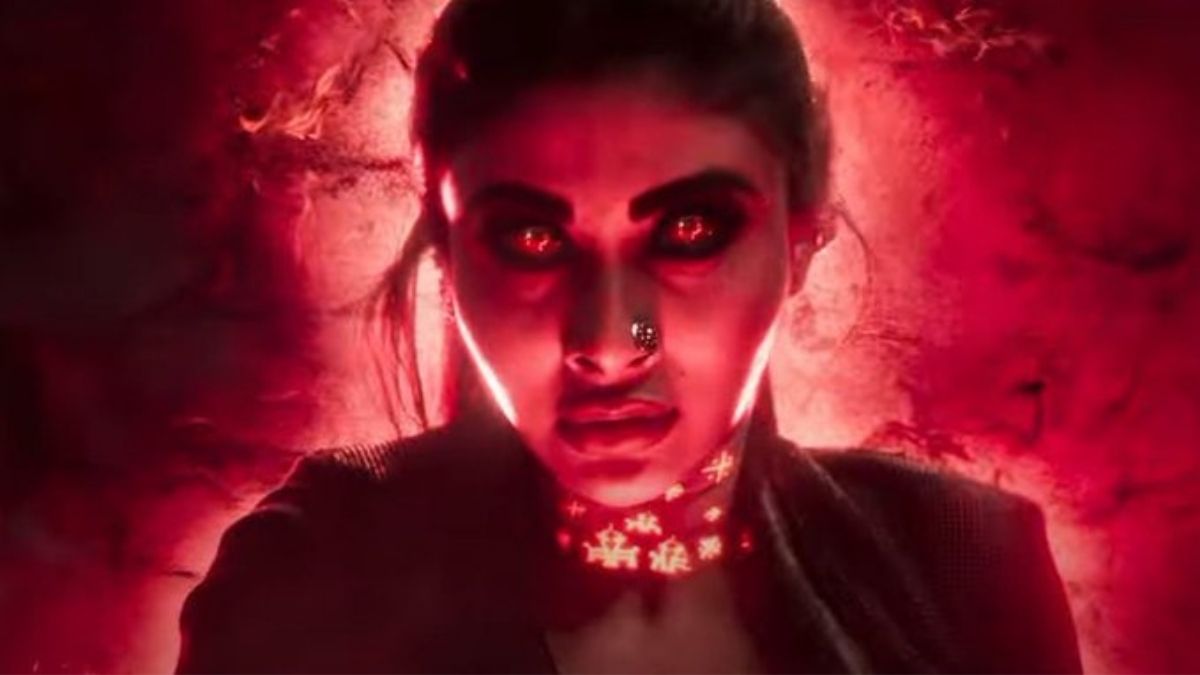 ‘Astraverse’ has finally been released, and there are so many Astras we cannot remember who possesses which one. The most awaited movie of 2022, Brahmastra, is here. So far, the film is going great, but some fans do not like the movie’s story.

The prominent cast members of Brahmastra include Ranbir Kapoor as Shiva, Alia Bhatt as Isha, Mouni Roy as Junoon, Amitabh Bachchan as Guruji, Nagarjuna as Anish Shetty, Sharukh Khan as Mohan, and two other killers Raftaar and Zor. Mouni Roy, aka Junoon, is the villain in the first part of the movie. But what power does she possesses? Is her power immense? Can she beat ‘Agniastra’? Let’s explore What power Mouni Roy has.

What Power Does Mouni Roy Have?

Also Read: Who Is Dev In Brahmastra? What Is The Story Behind This Mysterious Man?

She could read her mind. She asked him questions like where were the other two parts and who is the Guru of Brahmastra? and Mohan replied to the answers. This concludes that Junoon has some hypnosis power where she can read other people’s minds and use them as a power. She also could kill someone with her stone.

There is no doubt that Junoon’s power is extreme and efficient, but what she has is not revealed in the movie. But this is sure that she could hypnotize her and the universe. It is also shown that Junoon follows the ideals of Dev, one of the most eminent warriors back then. Dev had the powers of Agni called Agniastra. The main reason Junoon was behind the three pieces of Brahmastra was that Dev wanted her to do it. Though Dev was a statue, Junoon could read everything in his mind. This is how she used to connect with this, and that’s why she was searching for the broken pieces of Brahmastra.

At the movie’s end, we see Junoon also using the power of water. When tear droplets fell through her cheek, she could control water. Guruji once mentioned that Dev has the powers of Agni, Jal, Kavach, and mind. This means Dev was protecting Junoon from any mishappenings. Because he wanted the broken stone to be together as soon as possible, there are great chances the power of water came at the end was the power of Dev.

Overall, Junoon causes the power of hypnotizing, and she also uses the power of water at the movie’s end. But when she joined all the three broken pieces together, weird energy came from somewhere, and she died. And some questions like how Junoon ended up being Dev’s apprentice and what power does n actuator this.

Also Read: Does Alia Bhatt (Isha) Have Any Powers? Does She Possess Any ‘Astras’?