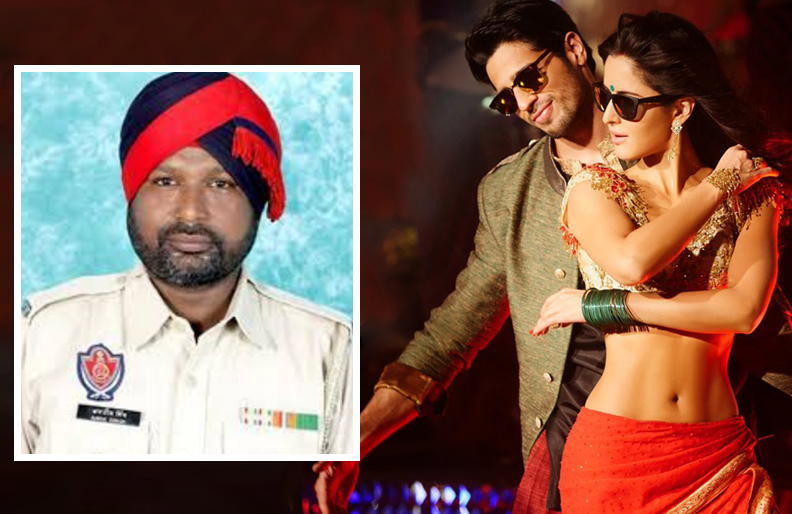 Who knew Kala Chashmah would own the world after so many years? It’s beyond everyone’s prediction which songs will trend on social media. Everyone is tweaking the music, from Shikhar Dhawan to Demi Lovato to Jimmy Fallon. But, do you know that this multi-billionaire song has different original creators from what we all know?

In year 2016, the song ‘kaala Chashmah‘ sung by Neha Kakkar and Badshah was released from the film ‘Baar Baar Dekho’. The movie didn’t make much due to its weak plotline, but the song became a Bollywood number, and you can see it played at weddings, parties, and mainly all functions. But the trend it has to catch up on now is on a definite level.

Who Is The Original Writer Of Kaala Chashmah?

The original writer of the song is not what we think. The music is composed by a constable. Amrik Singh Shera, a 48-year-old man from a small village near Jalandhar, Talwandi Chaudhrian, shocked everyone with his words. He claims that the music was original and written by him.

But it was not Amrik who broke the news. One of Amrik’s close friends revealed that he was the one who wrote it a while back when he saw it played on TV. This is not the first time we have seen this happening; Amrik, also back in 2016, was pissed when he broke that there was not a simple mention of his name even though he was the one who wrote the song. He mentioned that all the creations made from his music did not give him any credit.

Until this came before us, Kam Dhillon and Prem Hardeep were the composers who gained all the fame from the song. He also said he composed the music as a teenager and agreed to sign the copyrights. It’s astonishing to know how a multi-billion piece was bought at just INR 11,000 from him.

Amrik also said that back in 2016, some companies sought the songs he wrote. He told a Mumbai-based company that wanted to play his music at an inauguration ceremony. Amrik said that he doesn’t have any grudge toward anyone, but he felt terrible when no one called him to the inauguration of the song. He said being a writer in the Punjabi industry is complex. When your piece reaches Bollywood, it becomes super-hit, and no one remembers who you are.

Amrik used to write music to earn a living. He is still so into this field that he can write more blockbuster songs. But as he said, he thinks not even the Punjabi industry knows that he wrote the song. Baar Baar Dekho isn’t the first movie for which the song was recreated. A London-based Indian- Punjabi singer Amar Arshi was the one who first sang the song back in 1991. He has also confirmed that he bought the lyrics from Amrik. Various Punjabi and Chandigarh music companies also confirmed that Amrik is the original creator of the music.

Amar and Amrik have mentioned that they have received no financial gain from the music though it was their original. They said that the money they earned back then was tiny compared to today.

In some interviews, Amar mentioned that he also bought the lyrics from Amrik, but when the song hit worldwide, they were still not getting any credit for it. They feel terrible when no one knows who was the composer and singer.

MUST-READ| 17 Movies Based On Hindu Mythology That Is Must-Watch!