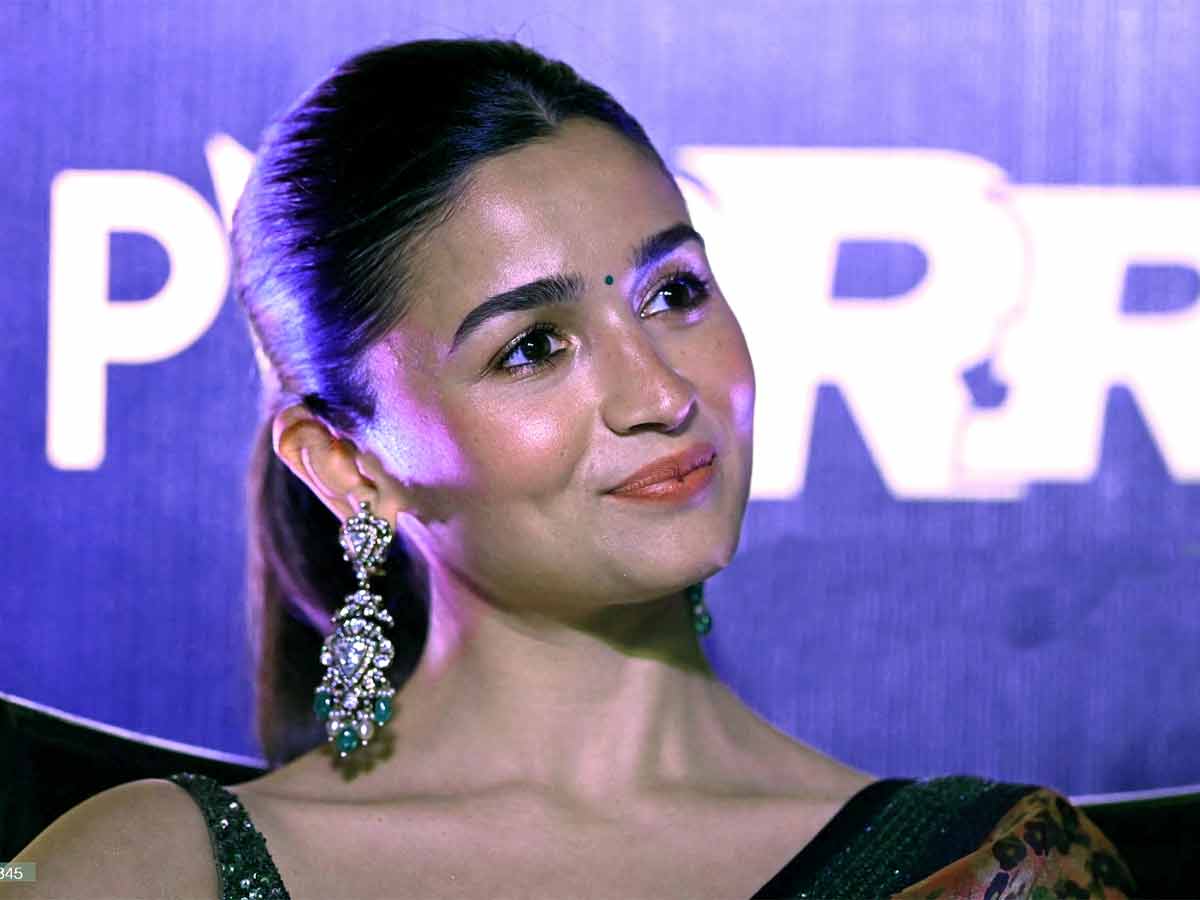 The Bollywood power couple Alia Bhatt and Ranbir Kapoor has spent the entire year making news about their personal lives. There have been rumors about their engagement since the beginning of the year. They then unexpectedly wed one another without making any announcements. Within three months after their marriage, they both made pregnancy announcements. Everything happened so quickly that this couple is often the center of attention. The actress’ due date has been made public, which comes as yet another surprise for Alia and Ranbir’s supporters. Regarding the child of Alia Bhatt and Ranbir Kapoor, fans are ecstatic. Alia Bhatt has sparked enthusiasm by revealing her growing baby belly for the first time. With her husband Ranbir, Alia was spotted showing off her growing baby bump in a short brown outfit. Social media users who have seen these images are commenting that Alia appears to be five months pregnant. Everyone now wants to know when the actress is due.

When will Alia give birth?

Alia Bhatt and Ranbir Kapoor made their pregnancy announcement three months after getting married. Following the news, the two stunned their fans by making their first-ever public appearance. Due to the way Alia flaunted her expanding baby bulge in the small brown dress, it was widely believed that Alia appeared to be five months pregnant. The actress’s due date is still a mystery, and her fans are eager to learn the exact time the baby will be delivered. An informant told Bollywoodlife that Alia Bhatt is currently five months pregnant and that the pair expects the baby to arrive in December, or towards the end of this year. Currently, Alia is caring for her and is enthusiastic about having a baby. Ranbir frequently stated his delight about starting a family while promoting his movie Shamshera. In addition to aggressively promoting her film Darlings, Alia and her husband Ranbir have already begun advertising Brahmastra. It will give them the chance to spend time together. While Alia always receives support from her mother and mother-in-law, as needed. The insider also stated, “Ranbir and Alia have reserved a room in the most renowned hospital in Khar, where they will typically give birth. Although the threat is nearly nonexistent during these COVID times, Alias frequently undergoes her testing, and the couple nonetheless takes all necessary precautions and undergoes their routine examinations “.

ALSO READ: Peter Dinklage Net Worth: Is He Owning Property Worth Millions?

After having a child, will Alia Bhatt change her surname to “Kapoor”?

In a private ceremony held at their Vastu home in Mumbai in April of this year, Alia Bhatt and Ranbir Kapoor exchanged vows. In June of the same year, they revealed they were expecting a child. Since the actress wed the love of her life, Ranbir, fans have been interested in Alia’s plans to change her last name from Bhatt to Kapoor. In a recent interview, the Darlings (2022) actress expressed her feelings about being referred to as “Alia Bhatt Kapoor” or “Alia Kapoor.” Alia is happy to go by the name Alia Bhatt-Kapoor and she plans to do so as soon as feasible. Although Alia Bhatt would always go by that stage name, she recently revealed that she would soon change it to Alia Bhatt-Kapoor as she is now a part of the Kapoor clan.   Due to her busy schedule, Alia said that she was unable to make the alterations. She said, “A child is now coming into their lives.

READ MORE: Eddie Murphy Net Worth: Is The Actor Living A Lavish Life?

The most renowned actress in the Bollywood film industry is Alia Bhatt. As one of Bollywood’s highest-paid actors, Alia Bhatt is well-known. The 15th of March is Alia Bhatt’s birthday. Alia Bhatt will be 28 years old in 2022. In 1993, Alia Bhatt was born. Mumbai, Maharashtra, is the city where Alia Bhatt was born. Pisces is Alia Bhatt’s horoscope sign.  Alia Bhatt has received numerous awards, including four Filmfare Awards. One of the most paid actresses in India is Alia Bhatt. Since 2014, Alia Bhatt has appeared on Forbes India’s Celebrity 100 list, and in 2017, on Forbes Asia’s 30 Under 30 list. The daughter of director Mahesh Bhatt and actress Soni Razdan, Alia Bhatt grew up in the Bhatt family. After making her acting debut as a youngster in the 1999 thriller Sangharsh, Alia Bhatt performed her first significant role in Karan Johar’s teen drama Student of the Year. Alia Bhatt took home the Best Actress Filmfare Critics Award for her role as an abduction victim in the road thriller Highway. Later, she gained recognition for her leading performances in a number of films produced by Karan Johar’s Dharma Productions, including the romances 2 States, Humpty Sharma Ki Dulhania, and Badrinath Ki Dulhania as well as the coming-of-age drama Dear Zindagi.

With one of the lead roles in the romantic comedy-drama movie “Student of the Year,” released in 2012, Alia Bhatt made her acting debut as a leading lady. The movie, which Karan Johar directed, received a lot of positive critical and financial acclaim. Siddharth Malhotra, Varun Dhawan, Ronit Roy, and Rishi Kapoor were additional actors in the movie. Bhatt was nominated for “Best Female Debut” by Filmfare for her performance. For her part in the 2014 road trip film “Highway,” Alia Bhatt garnered accolades and attention. The Imtiaz Ali-directed movie had its world premiere at the 2014 Berlin International Film Festival. On a budget of $250 million, the movie did well financially, making 470 million rupees. Most of the reviews were favorable, and they also took home several prizes. Bhatt’s portrayal earned her a nomination for Best Actress at the Filmfare Awards as well as the Filmfare Critics Award for Best Actress.

She received praise for her performance in the crime comedy “Udta Punjab.” The movie, which was directed by Abhishek Chaubey, also starred Shahid Kapoor, Kareena Kapoor, Diljit Dosanjh, and Suhail Nayyar. In 2018, she had an appearance in the spy thriller “Raazi.” It was greatly admired how she played Sehmat, an Indian spy married to a Pakistani military commander. Both a critical and financial success, the movie. She appeared in the 2019 film “Gully Boy,” as the violent girlfriend of a want-to-be rapper. She received favorable reviews for the same. She received accolades for her role in “Gangubai Kathiawadi” in 2022.

ALSO READ: Who Is Paul Campbell Partner? Is He Single Or Married?

In addition, Alia Bhatt promotes a number of products, both domestic and foreign. Alia Bhatt works with numerous brands all around the world and maintains connections with them. Some of the products that Alia Bhatt promotes include Garnier, Maybelline, Coca-Cola, Cadbury Perk, Furlenco, Nestle Fruita Vitals, Idee, etc. For the past four years, Alia Bhatt has served as the face of Garnier. For any brand endorsement, Alia Bhatt costs between 1 and 2 crores per day.