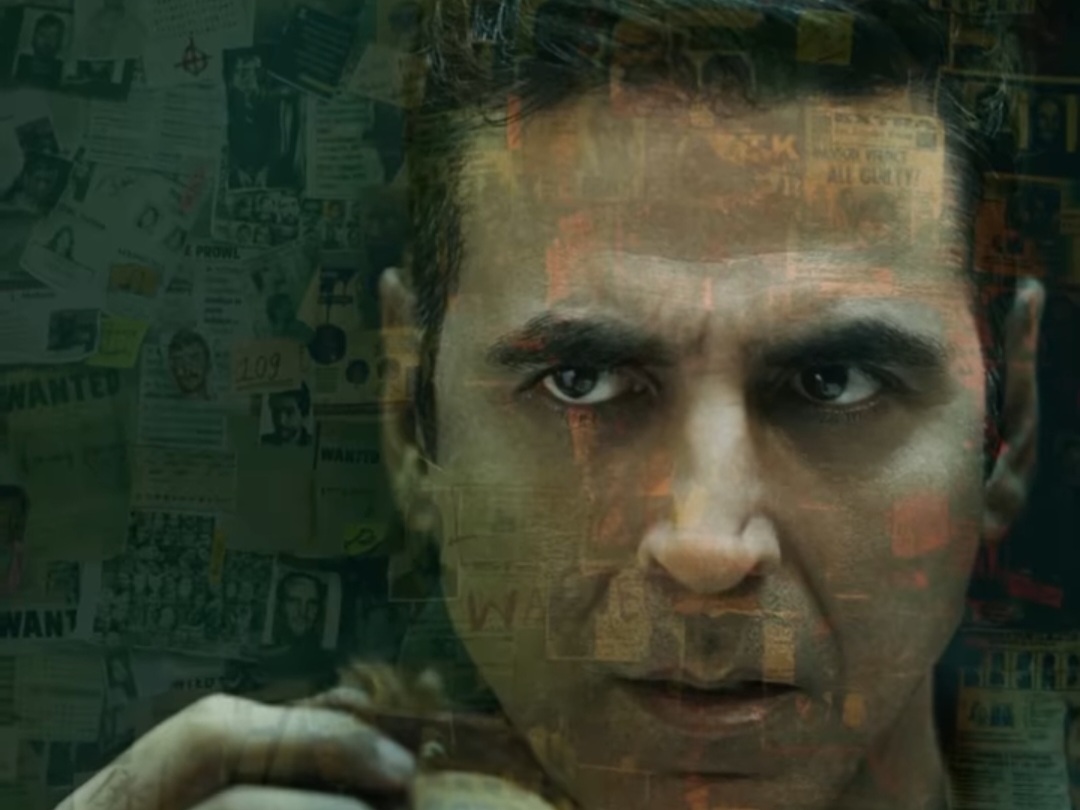 The Bell Bottom crew is back together for this Akshay Kumar and Rakul Preet Singh movie, with director Ranjit Tiwari in charge. This crime thriller debuted on Disney+Hotstar on September 2 and is a Hindi translation of the Tamil psychological suspense film Ratsanan. However, the fascinating aspect of this project is Cuttputli’s compelling true story, which suggests that Bollywood is finally getting a good thriller. But what actual tale served as the basis for this upcoming film? Let’s investigate.

Is Akshay Kumar’s Cuttputli Based On A Real Story?

Anatoly Yemelianovich Slivko, a Soviet serial killer, sexual predator, and necrophile, is the inspiration for the real-life Cuttputli. He was found guilty of murdering seven teenage boys in the Soviet Union between 1964 and 1985. He was born on December 28, 1938. Slivko molested young boys at his youth club for over two decades, tricking a few of them into unconsciousness. He also killed some of them to mimic the violent death of a teenage boy he had witnessed in 1961 and was sexually aroused by. After that, he frequently fled to a kids’ club to indulge his fantasies about the accident from 1961. Then, to reconstruct the injury, he would often try to get to know younger boys who were less tall, rendering them unconscious. The shooting death of Slivko occurred on September 16, 1989. Akshay Kumar plays a police officer in the movie Cuttputli who is looking for a serial killer. On this mission, he employs a variety of different strategies.

After Atrangi Re in 2021, this will be Akshay Kumar’s second OTT appearance. Director Ranjit M. Tewari continued, referring to the clippings and the scene from Cuttputlli, “Akshay sir’s character, Arjan Sethi, is obsessed with the criminal underworld and the world of serial killing. He begins the journey playing the part of a filmmaker in the Punjabi film industry obsessed with and has spent seven to ten years researching to make a movie about the criminal underworld. The director continued, “It was precious for the creator to give Akshay Kumar a space in which he feels the role of character Arjan Sethi rather than anyone else” when they were creating his character’s world, the house, and the setting. To give the photographer the impression that he has lived this life and is a part of it, we decorated the entire wall with newspaper clippings and photographs of real people.”Tiwari discussed that the manufacturing designers, art team, and ADs all collaborated and decided to locate the actual images with accurate newspaper articles written on them so that they could set up the space to make him feel like a part of Arjan Sethi as possible.

“So we finally agreed to have them from the archive, research, and websites, find the actual pictures of those times, whether it is Ted Bundy, All of these individuals, including Seema Gavit and Cyanide Mohan, are both from India and worldwide. Outside of India, who are serial killers and actual publications, put it up on the wall. Before filming, Akshay Sir was excited to see it for the first time, happy with the that went into creating the framework on which he could start. Akshay portrays Arjan Sethi, a loyal sub-inspector who made a vow to protect the citizens of Kasauli. With the help of Arjan’s abilities to comprehend the murderer’s psyche, the movie “Cuttputli,” directed by Ranjit M. Tewari and produced by Vashu and Jackky Bhagnani, Deepshikha Deshmukh, and Pooja Entertainment, reveals the killer and solves the mystery. The series, which also stars Jackky, Sargun Mehta, Chandrachur Singh, and Gurpreet Ghuggi, is debuted on Disney+ Hotstar on September 2.

ALSO READ: Is I Am A Killer Based On True Story?

In the crime drama Cuttputlli, Akshay Kumar returns as a cop after Rohit Shetty’s Sooryavanshi. The actor portraying a cop attempting to apprehend a serial killer is visible in the trailer for the psychological murder mystery just released. Ranjit Tiwari, best known for his work on Bell Bottom, is directing the picture. Jacky Bhagnani and Deepshikha Deshmukh, who supported Bell Bottom, are producing the movie. Rakul Preet Singh has a crucial role in the film Cuttputli as well. Akshay views Cuttputli as a novel experience and is eager to see Jacky and Ranjit again. The actor thinks this is his first time performing in this particular genre, where the focus is more on the mind than on “physical features.”

When filming a sequence for the upcoming movie Cuttputli in which he is attempting to comprehend the mindset and ideology of a serial murderer, Akshay Kumar had a wall covered with more than 500 newspaper clippings featuring true stories and the pictures of the perpetrators. The story takes place in Kasauli, a tiny village, where Akshay plays officer Arjan Sethi who is hunting down a serial killer.

Director Ranjit M. Tewari stated of the clippings and scene, “Akshay sir’s character, Arjan Sethi, is fascinated with the criminal underworld and the world of serial killing. He begins the adventure playing a Punjabi film industry character who is passionate and has spent seven to 10 years researching to develop a crime-related movie.” The director continued, “It was crucial to provide Akshay a space in which he feels like part of the role as they were establishing his character’s universe, the house, and the environment.” “To give him the impression that he has lived this life, we filled the entire wall with newspaper clippings and images of actual people.

Ranjit revealed that the ADs, production designers, and the art department resolved to locate authentic photographs and newspaper stories. We choose to obtain them via websites, studies, and archives. Find the original pictures from those eras, whether of Ted Bundy, Seema Gavit, Cyanide Mohan, or any other serial killers from India or overseas, and hang them on the wall. Before filming began, Akshay Sir first saw it, and he was pretty pleased with the level of care taken when designing the base from which he could begin shooting the movie. Vashu with Jackky Bhagnani, Deepshikha Deshmukh, and Pooja Entertainment are the producers of Cuttputli. On September 2, it will debut on Disney+ Hotstar.

READ MORE: Is Bank Robbers: The Last Great Heist Based On True Story?

With Hotstar, Akshay Kumar is prepared to complete a hat trick. Cuttputlli, the third installment in the Khiladi series after Laxmii and Atrangi Re, is getting ready for a direct-to-digital debut on Disney+Hotstar on September 2. Several stories concerning the price the movie was sold for a direct-to-digital launch have surfaced during the past few days. However, because Star Network paid a hefty price of Rs 180 crore to buy this thriller, we can affirm that none of the figures are accurate. “Cuttputlli’s digital rights sold for around Rs 135 crore, while satellite and music sold for over Rs 45 crore. According to a trade source, the producers could get this significant agreement from Star Network thanks to Akshay Kumar’s goodwill for a figure just north of Rs 180 crore. Ranjit Tewari is the director, and Pooja Entertainment is the producer of Cuttputlli. Following the thriller Bell Bottom from 2021, this is Akshay’s second film under Pooja Entertainment and Ranjit. Rakul Preet Singh plays the female protagonist in it.

Regarding the Ali Abbas Zafar-directed Bade Miyan Chote Miyan, which also stars Tiger Shroff, Akshay will work with the producers again. For the time being, pre-production work is in progress because Ali wants to film the movie in various places throughout Europe using stunts created by a global crew. A trade insider claims that Akshay Kumar’s goodwill allowed the producers to secure this important deal from Star Network for a sum of Rs 180 crore. Cuttputlli is directed by Ranjit Tewari, while Pooja Entertainment is in charge of production. This is Akshay’s second movie with Pooja Entertainment and Ranjit, following the thriller Bell Bottom in 2021. Rakul Preet Singh plays the female protagonist in it. Akshay will collaborate with the producers on the Ali Abbas Zafar-directed film Bade Miyan Chote Miyan, which also stars Tiger Shroff. Pre-production work is ongoing since Ali intends to use a global workforce to produce stunts while filming the movie in several locations throughout Europe.

Where To Watch Cuttputli Online?

At midnight Indian Standard Time, only Disney+ Hotstar will have access to it (IST). Said, there is currently no direct means for you to access Hotstar’s free movies and TV episodes. The OTT platform had previously offered a free trial to prospective users, but it has since removed that promotion. However, a few telecom contracts include a free Hotstar account in addition to their regular subscriptions. Some of them are listed here for your convenience: free subscription for a whole year with Verizon Fios; when using Flipkart Plus and super coins, O2 offers a free 6- or 12-month subscription. Airtel postpaid rates begin at Rs. 499, Vi prepaid plans from Rs. 399, and Jio postpaid plans at Rs. Flipkart super coins usage.