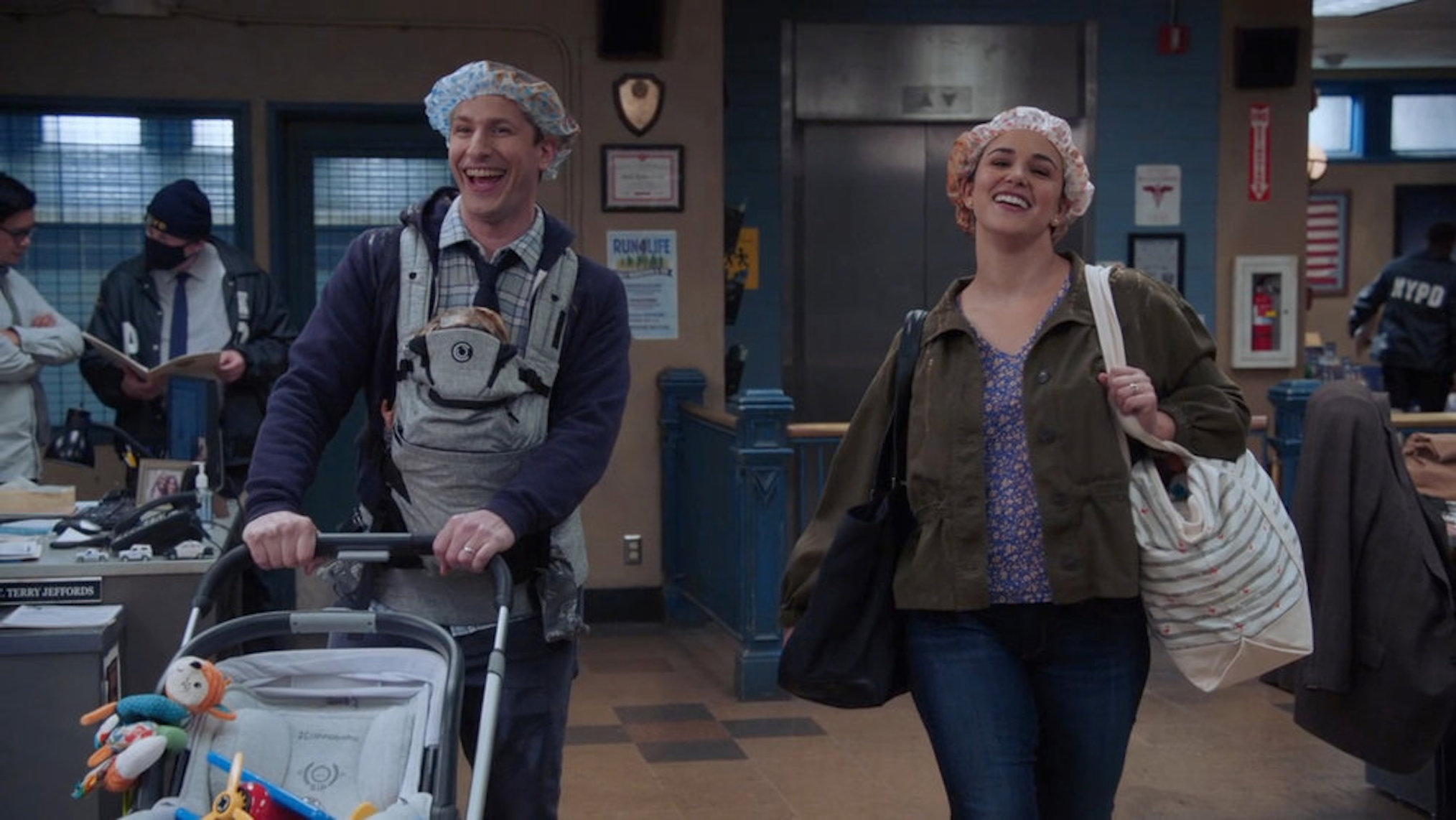 Brooklyn Nine-Nine is an American sitcom that is based on detectives of the 99th precinct. The show gained immense popularity for its very unique and thrilling story and characters. There have already been seven seasons of this series. The eighth season was very recently released which shocked most of the audience. Most of them didn’t know or either didn’t expect the arrival of yet another season. The show revolves around the 99th precinct and its detectives.

These detectives solve cases and crimes that come their way in a very different manner. The captain of the precinct is Captain Raymond Holt. Holt is one of the most virtuous and disciplined men to be known. He always takes the decision that is morally right and beneficial to the precinct. Jake is one of the lead detectives on the show. He is a very fun-loving person who uses his own methods to solve cases. There’s also Lieutenant Terrence Jeffords who is taking care of the precinct and its cases. Detective Amy Santiago is one of the most inspiring characters in the show. She rose from being a detective to Lieutenant Amy Santiago. Later, she was offered to be Major Amy Santiago. She got her well-deserved promotions and has become an inspiration to many.

Charles Boyle always gives us the food diva vibes. There’s nothing he doesn’t know about food and he’s an expert cook himself. Boyle is also an amazing detective and Jake’s best friend. Rosa is one of the strongest and coolest characters in the show. She mostly wears a black leather jacket and rides a motorbike. She’s one of the smartest detectives and is also sharp. Scully and Hitchcock are the bad boys of the 90s. They were once the heroes of the precinct. But now, they’re just desk worms. They like desk duty and do not go around the town solving cases. The team they have is very efficient and smart in solving any case that comes their way.

The show has had very thrilling episodes and seasons which are just very entertaining. Once one begins this show, there’s no way they will stop watching it. The urge to watch the episodes back to back all day still continues even if you’re watching it for the second time. But it’s a sad thing that the show will be ending and that season eight is the final season of the series.

Why Did Brooklyn Nine-Nine End After Season 8?

Brooklyn Nine-Nine revolved around the lives of the detectives of the NYPD. They’re of the 99th precinct and how they solve crimes is what the show depicts. The commands from Captain Holt are what most of them follow. Having great detectives, the precinct is increasing its arrest numbers and reducing crime rates. The show has had eight seasons and has now come to a beautiful end.

The show started off with the arrival of Captain Holt at the precinct. Later a lot of changes took place. Jake and Amy started dating, Rosa and Adrian got married, and Gina left the precinct. The bit of the show that was quite unbelievable was Jake and Holt being stuck in Florida for over a year being undercover. The show has stolen the hearts of many and also inspired many to become stronger and smarter.

The eighth season was very recently released and it is a blockbuster. Rosa is thinking of leaving the precinct. After she leaves, Jake wants to work on one last case with her. Jake and Today do their best to solve this one case. On the other hand, Amy has been on maternity leave for a while and she is now returning back to the precinct. Her worst fear is coming true. Any has always wanted to be the one true disciple of Raymond Holt. She always wanted to be closer to him and have him as her mentor. But when she returns, Holt feels disconnected. He makes small talk with her which makes her get more anxious. Holt only makes small talk with those that don’t seem important or are strangers. When Amy speaks to him about this, he makes a very truthful revelation. It is that he and Kevin have split. Raymond tells that it has been months now and nobody did notice that but just by being back on your first day, she has noticed that something is off with him. Then there go many successful and unsuccessful attempts to bring Kevin and Holt together.

They invite both of them to their own lakehouse and try to unite them which makes them even farther apart mentally. After all this, they finally unite when they realise what they are for each other. Holt decides to quit the force but work one last case on the day of his wedding which is the renewal of his vows. But on that day, both Jake and Holt get shut in a basement and they’re at the risk of Kevin finding out. Kevin did not want Holt to spend all his time on cases and this made him a bit upset. But later, he took the higher road. Kevin along with Charles and Rosa goes to the basement dressed as the NYPD and saves both of them from the trouble they dragged themselves into. Meanwhile, Terry is upset about how difficult it is for Black people to live in America or anywhere else safely. Charles this goes overboard to show him that he respects him and sends him a huge amount of money.

Both Jake and Amy are finding it really hard to manage their jobs while taking care of Mac. With Amy’s promotion, Jake decides to quit the force to take care of Mac which was a shocking thing. Charles has spent all his life being the best Boyle. But later when he finds out that he isn’t a Boyle and he’s just a regular one, that shatters him. It seems that Charles’s mother did have an affair due to which Charles was born. But his father was shielding this so that Charles is safe from any pain. Later, Charles has to find his identity. He has been a Boyle all his life. By opening the mother dough, he becomes the one true Boyle! He found his identity. Nobody has ever been able to open the mother dough but succeeding in that he becomes the one true Boyle. The finale ends with the iconic heist giving it the best ending ever.

The show was supposed to end after season 7 but since they couldn’t leave the show is incomplete, they wrapped it up with a season 8. It didn’t complete ten seasons like some other shows but ending soon, it did retain the quality of the content and kept the audience satisfied with the sweet ending.

Brooklyn Nine-Nine is one of the few shows that has retained its beauty all the way till the last season. Many shows tend to ruin the last seasons due to various reasons. They kill some characters or make it anticlimactic. But this show has given the series a good ending. The show has only been able to make it successful through the roles and the story. The characters of the show are very good and this is what has kept the audience waiting for this long. There’s always Jake and his adventures with the Pontiac Bandit. There’s Any with her obsession with binders and Holt. There’s Holt with his discipline and virtues. There’s Terry who’s always into fitness and being liked. There’s Charles who’s into food and being a true Boyle. There’s Rosa who’s the strongest and the smartest. We also have Hitchcock and Scully who have sitting-on-chair obsessions. The show has turned out this great only through these characters

The characters of Brooklyn Nine-Nine are as follows:

Each of the characters in the show is very different in their own way. Their uniqueness is what makes them stand out. All the characters are very interesting and have their own situations going on. The cast has done an amazing role in playing these characters without which the show wouldn’t have been such a great success.

Where To Watch Brooklyn Nine-Nine Online?

Brooklyn Nine-Nine is one of the shows that are in demand and is being loved by the audience. The show can be watched on Netflix.