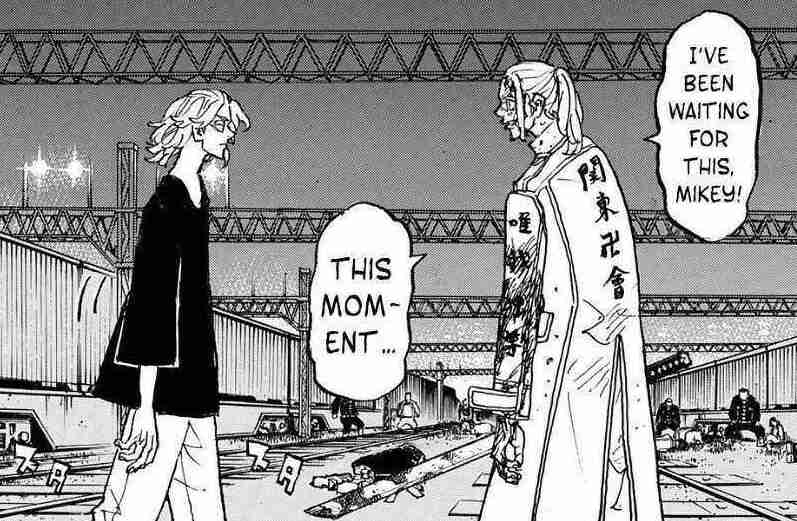 When it comes to the fantasy genre, we have already received many great animes and manga, however, an anime that has been completely concentrated on the delinquent culture that exists in many places and mainly in Japan, has been excellently portrayed only by one anime and that is the Tokyo Revengers anime as well as its manga series. Though the reviews regarding the anime were excellent and the rating was also on the top side, the manga which has been going on for quite some time was praised very much at first but since the last few chapters, the only comment that we have received from the fans is that the story is proceeding extremely slow and there isn’t much notable action in the chapters. Like if we consider the reviews of the readers, the only thing that we have found common in every review is the great level of action as well as the extremely gripping storyline which is filled with twists and turns that none expected.

Now another notable thing that we much remember regarding this manga series is the name of the writer and that is the all-time famous manga writer Ken Wakui, and he has already announced that after going through so much chaos and ups and down in the story, the arc that he is currently working on, will be the final arc of the manga, thus every chapter, how slow it may be, is very important and plays a very important role in the upcoming chapters.

Now coming to the main topic of this article and that is regarding the 266th chapter, which hasn’t been very notable but as usual has concentrated on the sheer dedication Takemichi has got throughout the anime and the respect and love he has for Mikey, before moving towards the 267th chapter which will be available in a few days, this chapter has to be understood very well because it very well paves the way for the final encounter and the realization Mikey will have after he has messed up everything and that too because of the words Takemichi will say to him. Though if you haven’t read the 266th chapter, don’t worry we will completely recap the entire chapter of the manga in this article.

As we have already seen in the previous chapter 255, the writer has given us a flashback where many eminent events and how Mikey Kun’s entire life changed after he met Kisaki Tetta, and how he single-mindedly did everything starting from the murder of Baji Kun to Kazutora acting out and killing his childhood best friend Baji, and as these flashbacks pass, we end it while seeing the encounter of Takemichi and Mikey in the past and how he was so amused by the sheer dedication Takemichi had towards helping everyone and helping him above all, and how he acted just like his late brother in every situation.

However soon we move back to the grave reality that has been going on for quite some time now, Tokyo Manji gang vs Sano Manjiro’s new Toman is fighting and everyone has been knocked out and the only people who stand are Mikey and Takemichi and though Takemichi tries to go and hit Mikey and bring him back to his real self and stop this chaos, he is immediately knocked out Mikey with his usual head kicks. However this is where Takemichi is different from most other people in the story, because, after a head kick, most people get knocked out and just accept defeat, but soon in front of Takemichi’s eyes flash the promises and the deaths he has faced, and the tons of times, he has been to past and future, just trying to change things and bringing peace back to Mikey’s life and he wakes up again and tries again but gets knocked out again and this continues for quite some time, however, something very weird happens when Takemichi after getting hit once, ends up seeing the same incident in his usual vision and most of the times he sees future however this time he ends up seeing the past and is completely confused.

Where Can We Read Tokyo Revengers Chapter 267 Online?

Just like the previous chapters of the show, the next chapter will also be available in hardcopy as well as on almost all popular manga reading sites.