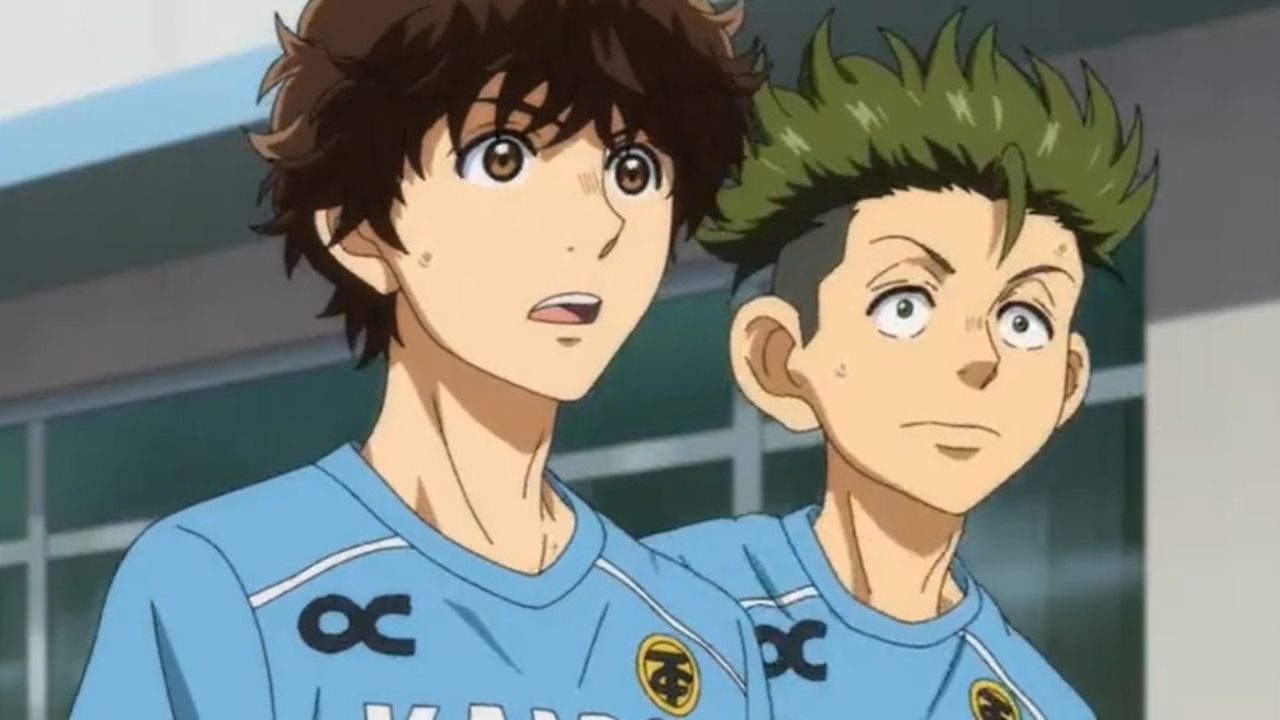 Looking for a great sports anime, then you have surely landed in the right place. Sports anime genre has been something that has been very famous over the years, but though we have got many famous basketball and volleyball animes, one sport that we surely lack is the football genre and that is where Ao Ashi comes and sorts all our problems. Like come one, we all have been a fan of the sport football all our lives, be it La Liga or champions league, and this anime, will actually shock you because very often you do be getting references to many great names, such as Xavi and Buffon and many other and this has been such realistically amazing that just with the first season, fans have all fallen in love with this anime series and the manga hype of the anime, has also increased over time.

The manga series of anime has been written by one of the very notable names of the sports genre manga series out there and that is none other than Yugo Kobayashi, and you all will be shocked to know that one of the prime characters in this series has been named Kobayashi and maybe yes, our writer did slip into his shoes and write the story of a prodigy kid who is all ready to achieve his dream of being a pro player.

Now if you have been following the anime so far, you do know that Espirion is on his way to one of the toughest matches they have faced so far, and that is none other than against their former reject player Kaneda who is all ready to make the Espirion players understand what they have missed, however, if you aren’t relating, don’t worry we will brief you through the entire previous episode so that you miss none of the facts and we have also covered where you can catch up with the previous as well as the upcoming episodes.

From the 18th episode we have already seen that Espirion B is all set to face Musashino which used to be Tachibana’s previous club and that’s also the club that took in Kaneda after he didn’t manage to pass the trial for Espirion, however now the trio which we have been rooting for from the starting of the season, Tachibana, Aoi, and Ohtomo are all set to go and look at the playing style of Musashino and though Tachibana doesn’t want to, he is forced by Aoi and Ohtomo while Hina tags along with them, soon we see while they are in the car, the reporter who has been tagging along with them gives a brief description of the opponent team and how their coach Satake has been just amazing and have pushed them to their limit and that’s the only reason they have managed to be in the Japan Youth League and are also on a 6 win streak which has been very shocking because they have been only taking J League rejects into their team and dominating everyone on the field. When our trio reaches the grounds the first encounter that happens is between the trio and coach Satake who catches up on Tachibana and as he sees him struggling, he says that Tachibana has surely taken the right path because he is technically a much-gifted player but this doesn’t make Tachibana feel confident in any sense.

Then we see the beginning of Musashino’s match where the trio properly sees the style of play and are very shocked with their tactics, they have been playing a very high press style which includes three players pressing the ball carrier and inducing the opponent team to take such passes which ends them in a faulty position and then they also get to see Kaneda who has grown physically and is playing erratic as usual but ends up scoring goals. By the end of this scene, we also see some cheesy moments between Aoi and Hana and at the same time, Tachibana also encounters Miyako his sister, and soon while the trio and his sister converse, they see Kaneda having a big fight with his teammates and soon the entire trio gets involved in it as he goes on demeaning them and soon, they come home with a huge challenge to win the next match.

Just like the previous episode, the 9th episode will also make it to us on the Crunchyroll platform along with many other online anime streaming sites.