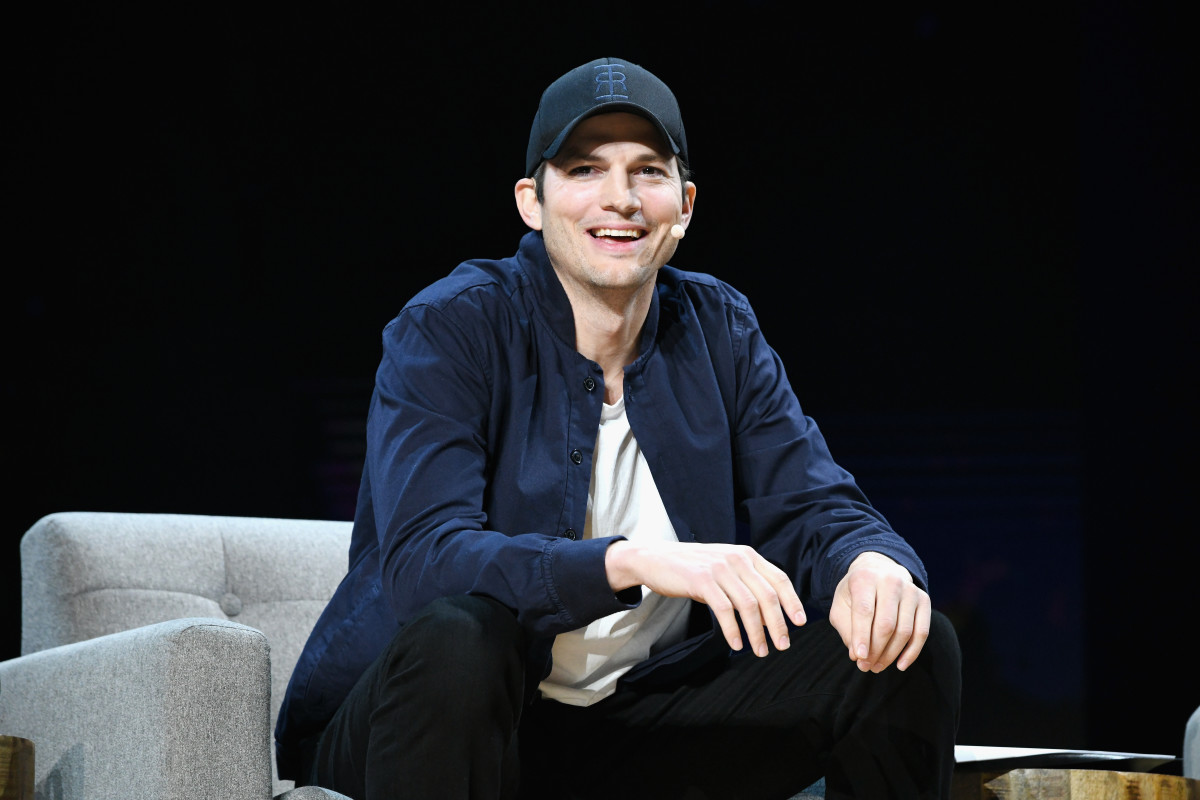 Since his role as a fairly stupid boy on That 70s Show, Ashton Kutcher has advanced significantly. He is the husband of Mila Kunis, a co-star on the show, and the father of Wyatt, 7, and Dimitri, 4. Over the years, the actor has been in a number of popular films and television programs. Despite taking a break from performing, Kutcher has accumulated a $200 million fortune.

Everyone is interested to learn what Ashton Kutcher has been doing and how his net worth has improved in comparison to his previous co-stars. Kutcher has made multiple investments across various platforms to fund his opulent lifestyle. When he made swift investments in promising ventures that have earned him millions of dollars, Kutcher was decades ahead of his time, from start-ups to tech firms. He enjoys taking family vacations and purchasing pricey cars with his money. Let’s look at Ashton Kutcher net worth, income and expenditures.

Ashton Kutcher has undoubtedly made a sizable fortune through his roles in both movies and television. Even though it hasn’t been where most of his earnings have come from, knowing how much he has made from each of his specific roles will help you better comprehend his financial situation. Unfortunately, it is challenging to estimate how much Kutcher has made through his appearances in films and television shows. While some information is public, the majority is kept confidential. Let’s examine the material that is available regarding some of the television programs and motion pictures in which he has appeared.

One of the recognized facts regarding Ashton Kutcher’s salary is that some of the films in which he has appeared have brought in a respectable sum of money. For instance, he starred in the $110.4 million-grossing film Valentine’s Day. However, it is unknown how much Kutcher was paid for his contribution to the movie. The original Cheaper by the Dozen movie grossed $136.6 million at the box office, while subsequent films he appeared in, such as No Strings Attached and Killers, brought in $70.6 million and $47.0 million, respectively.

The key lesson to be learned from the financial success of those films is that there were a lot of opportunities for him to have left with a sizable payday. The amount he made per episode of the sitcom Two and a Half Men is also known to the general public. The agreed-upon sum looks to be $800,000 each episode. That is far more than what Jon Cryer, who has been a part of the show since the beginning, was paid per episode. In actuality, despite a recent pay increase, John Cryer only makes about $650,000 every episode. From 2011 until 2015, Kutcher was the highest-paid actor on television thanks to his $800,000 per episode salary.

For a variety of reasons, information about an actor’s pay for a film or television role is frequently kept confidential. Even when the information is made public, it is impossible to determine an individual’s exact compensation unless you work in the industry and were present during the discussions. Nevertheless, according to industry analysts, Ashton Kutcher’s movie and television assignments over the years have contributed about $30 million to his entire net worth.

Ashton Kutcher hasn’t made many significant purchases in the past. In actuality, he has been extremely frugal with his spending. He has bought a few things that are absolutely reasonable, but overall he has avoided making the kind of extravagant, dumb purchases that some famous people do. His and his wife Mila Kunis’ $10.21 million Beverly Hills house, which is in a high-security gated enclave, was one of their significant acquisitions. The property is a large mansion on several acres of land and is well worth the money, especially in Beverly Hills. That is essentially the only purchase that is important enough to talk about, except the investments Ashton Kutcher has made that have actually generated him more money than he spent. Even Kutcher and his wife have admitted that they do not intend to give their kids trust funds because they do not want to participate in the practice of spoiling youngsters with trust funds.

On February 7, 1978, in Cedar Rapids, Iowa, Christopher Ashton Kutcher was born. Neither his mother Diane nor his father Larry worked for Proctor & GambleOriginally from Czechoslovakia, his parents are of German, Irish, and Czech descent. Kutcher has a twin brother named Michael who has cerebral palsy and an older sister named Tausha. Michael serves as the voice for the advocacy organization Reaching for the Stars.

As a child, Ashton stated that he kept himself very busy, mostly because his brother’s illness stressed him out and he didn’t want to come home to more bad news each day. He attended Washington High School in Cedar Rapids for a year before to moving to Homestead and enrolling at Clear Creek Amana High School. Even as a youth, Kutcher had a passion for acting. He was also despondent as a result of his parent’s divorce when he was 16 and quickly went astray. He was found guilty of third-degree burglary and given a 180-hour community service requirement. A short period of time at the University of Iowa was spent by Kutcher before he left to pursue a career as a model.

READ MORE: Is Justin Bieber Alive? What Are The Death Rumours?

Kutcher became a popular comic figure in Hollywood as a result of his work on That 70’s Show. the Guess Who remake in 2005, Just Married with Brittany Murphy in 2003, Where’s My Car with Sean William Scott in 2000, and He appeared in Dude, all within the duration of that series.

During this time, he appeared uncredited in the studio comedy remake Cheaper by the Dozen. He also made an effort to take on more serious roles by acting in the science fiction time travel drama The Butterfly Effect in 2004. With the MTV original series, Punk’d, Kutcher began what would conceivably become his greatest contribution to popular culture.

He created and presented the show, which featured him planning a variety of intricate hidden camera pranks on his celebrity acquaintances. He used the success of the program to land executive producer credentials on a number of other MTV reality shows, including Adventures in Hollywood, a game show called Opportunity Knocks, Beauty and the Geek, and The Real Wedding Crashers. Due to scheduling issues with his involvement in the action movie The Guardian, Kutcher was forced to cut back on his appearances on the final season of That 70s Show in 2006 and switched to acting as a “special guest star.” He appeared once more on the big screen in Killers in 2010, when he also produced and played an assassin.

ALSO READ: How Much Is Walker Bryant Net Worth?

He was chosen to replace Charlie Sheen on the CBS sitcom Two and a Half Men the following year after the latter’s unanticipated departure from the program. This turned out to be a very lucrative position for Kutcher because the show continued to be well watched. Following the conclusion of Two and a Half Men, Kutcher agreed to star in another television project, this time the Netflix original The Ranch, for the entire run of 80 episodes. He has also appeared and been heard on a variety of shows, including the cartoon comedy Family Guy and the Shark Tank financial reality competition. Additionally, he had a cameo appearance on The Bachelor, a well-known reality TV dating competition program, in 2017.

The father of Ashton Kutcher is Larry M. Kutcher, and the mother is Diane Finnegan Kutcher ( Mother ). He has a fraternal twin brother named Michael and an elder sister named Tausha. When the brothers were small children, Michael underwent a heart transplant. He is of Irish, German, and Czech descent. He enjoys spending time with her parents and is quite close to them. Parents have always encouraged him in his career. On September 24, 2005, Demi Moore and Ashton Kutcher got hitched. On November 17, 2011, Moore revealed her intention to call off the marriage after six years.

On December 21, 2012, Kutcher filed for divorce from Moore in Los Angeles Superior Court after more than a year of seclusion, alleging irreconcilable differences. Eventually, the divorce was finalized on November 27, 2013. In the first half of 2012, Kutcher started dating Mila Kunis, a former co-star from That ’70s Show. After they became engaged in February 2014, she gave birth to a daughter in October of that same year. Kunis and Kutcher got married in July 2015. She gave birth to a boy in November of last year. The couple and architect Howard Backen created a sustainable farmhouse for the family to reside in Beverly Hills.

READ MORE: Michael Lang Net Worth: Is He Earning In Millions?