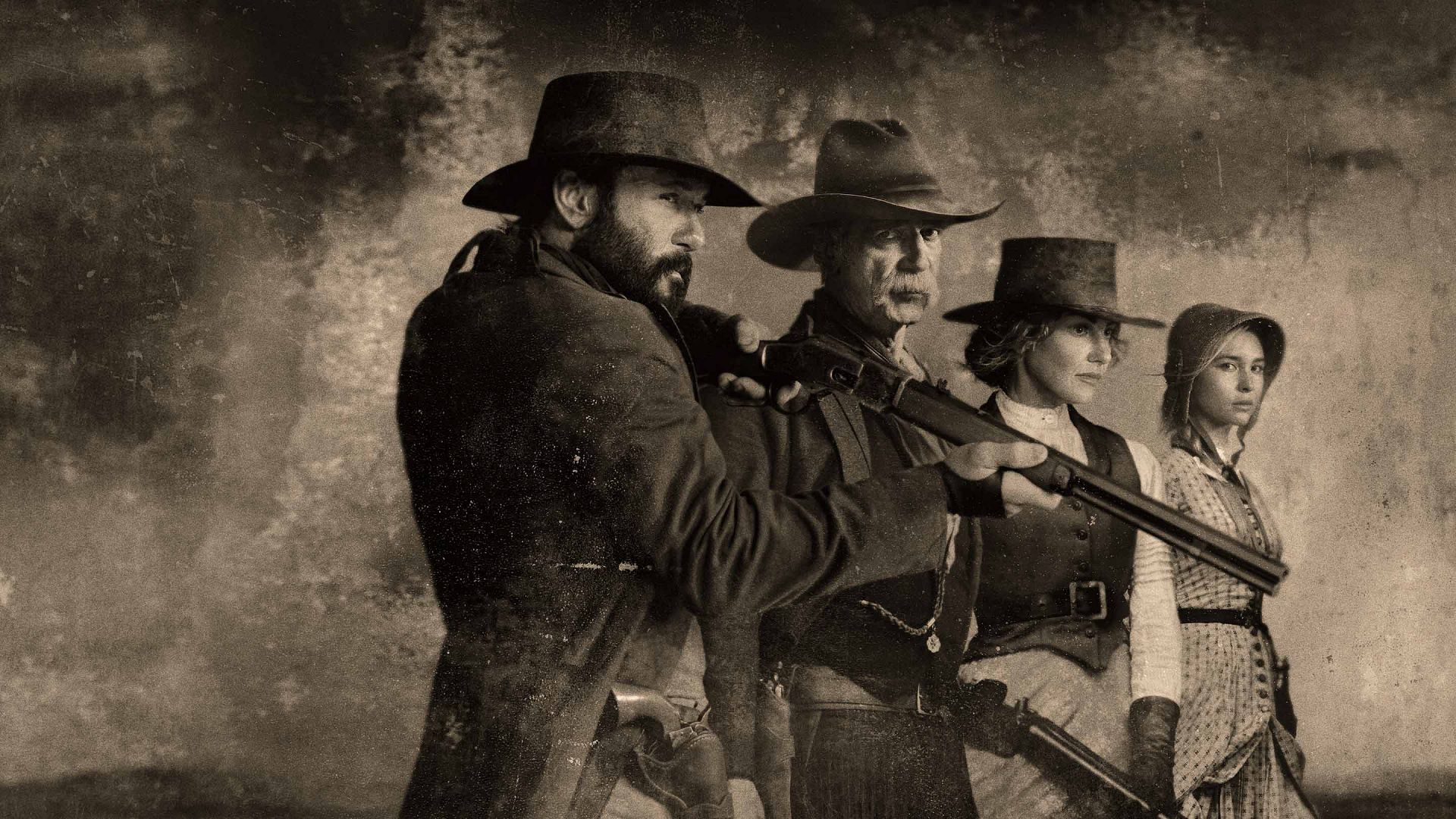 1883 carries the legacy of Yellowstone as it follows the life of the Dutton family, and how they became the land owners. Fans loved the show Yellowstone and when they got to know about 1883 they were even happier. Created by Taylor Sheriden who also created Yellowstone, 1883 is seen as one of the great dramas with an IMDb rating of 8.8 out of 10. The life of the Dutton family is filled with adventurous journeys and trying to get hold of the power, as we all have seen in Yellowstone, but 1883 takes on the journey of post-civil war. The first season of 1883 was December 19, 2021, and concluded on February 27, 2022. Many fans are waiting for the second season of 1883. Let’s run through the details of the second season of 1883 and a bit about the story and cast of 1883.

1883 is a prequel to Yellowstone, and a season 2 of 1883 is in fact announced but the makers and Paramount want to create an anthology series because of that the suspense that was left in the last episode of season 1 of 1883 will be revealed in a series called 1923, and there will be another part called 1883: The Bass Reeves Story and that series will not follow the story of season one of 1883 and will have its own story about Bass Reeves who was a real-life person that was the first black deputy. David Oyewalo is confirmed for the role of Bass Reeves in 1883: The Bass Reeves Story, it is not known if the Dutton family will be seen connecting to Bass Reeves. In 1923 Harrison Ford and Helen Mirren are confirmed as they will appear as Dutton ancestors. The release date, official cast, and the story of either of the Yellowstone anthologies are not announced yet, but the series might get its awaiting release in early or late 2023, and then the mystery about the cast and the story will be revealed.

ALSO READ: Yellowstone Season 5 Release Date: When will get Season 5?

As mentioned, the story of 1883 revolves around the lives of the Dutton family before they got hold of the Yellowstone ranch, and established themselves. 1883 follows the struggles of the Dutton family to get to that land in Montana, they all started their journey from Tennessee, to Texas then Oregon, and finally to Montana, in the journey, the Dutton family meets the immigrants and also loses a lot in order to get to their final destination.  The pains of the civil war can be seen as it is the time of post-civil war. The great grandfather and grandmother of John Dutton are set and will tell the viewers about how they got the Yellowstone ranch. The journey is definitely interesting and exciting and packed with twists and turns.

1883 is a western period drama and the cast of 1883 portrays that immaculately, the dialogues will touch everyone to the core and as the story progresses the viewers are sure to fall in love with the actors, characters, and their wonderful acting. The series stars Sam Elliot who is playing the role of Shea Brennan, he tries to kill himself when both his daughter and wife Helen died of smallpox, he is instantly saved by Thomas. He is also an employee of the Pinkerton Agency and is set to go on an adventure. He is a former captain who was in the American Civil War, Shea Brennan helps and leads the others when they are on the expedition. Shea Brennan is played by Sam Elliot who is well-known for his role in A Star is Born, The Ranch, Justified, Ghost Rider and We Were Soldiers.

James Dutton is played by Tim McGraw, James Dutton was a captain in the army, and after coming back from the jail where he was captured during the Battle of Antietam James Dutton joins Shea Brennan and Thomas. John Dutton is the great-grandson of James Dutton. Tim McGraw who played the role of James Dutton in 1883 is popular for his roles in The Blind Side, Friday Night Lights, Tomorrowland, and Four Christmas. Tim McGraw is also a popular country singer and has won many prestigious awards in his music career. Margaret Dutton is the wife of James Dutton and the great-grandmother of John Dutton, she comes from Tennessee to go on an expedition with his husband. The role of Margaret Dutton is played by Faith Hill. She is a popular country singer and has won five Grammy awards in her career. Faith Hill’s career in music has made her the great singer of her time, she has also worked on movies such as Dixieland, The Stepford Wives, Touched By an Angel, and Promised Land.

Elsa Dutton is the daughter of James Dutton and Margaret Dutton, she is also the narrator of much of the story, on her journey, she learns about different things and new skills, and becomes a skilled cowgirl. The role of Elsa Dutton is played by Isabel May who has prominently worked on Alexa and Katie, Young Sheldon, and Run Hide Fight. Thomas is a Pinkerton agent and former U.S Army Sergeant, he saves Shea Brennan from suicide and accompanies him on the journey. LaMonica Garret is the actor of Thoms who is popular for his work in Sons of Anarchy, Designated Survivor, Primal, The Last Ship, and Arrowverse. Josef works as a translator on the journey, he is an immigrant from Germany and works as a carpenter, Josef is played by Marc Rissman who is well-known for his role in Overlord, The Last Kingdom, The Man in the High Castle, and Games of Thrones.

1883 has an impeccable supportive cast as well, characters such as Ennis has a relationship with Elsa, and he is a cowboy, Ennis is played by Eric Nelson. Wade is a lead cowboy and his role is played by James Landry Hebert. Colton is another cowboy on the journey of the Dutton family and his character is played by Noah Le Gros. Grady is an experienced cowboy who is the leader of a crew of six drovers, and they all agree to help a crew on their long journey, the character of Grady is played by Alex Fine. Noemi is a Romani widow who lost her husband and has to raise two boys on her own.

Noemi is dependent on Thomas, who is in a relationship with her. She sees him as a man who will take care of her and her young kids, Noemi is played by Gratiela Brancusi. Risa, is the wife of Josef and she is also an immigrant woman who joins the expedition to move west, Anna Fiamora played the role of Risa. Alina is a weary and hopeful immigrant woman who does not speak much English, Alina is played by Amanda Jaros. Sam is a skilled warrior who is loyal to Quanah Parker, who later wants Elsa as his wife. Sam is played by Martin Sensmeier. Cookie is a wagon train cook who does not know how to talk to someone and his poor decision leads to the group’s confrontation with Lakota. All the supportive characters and actors make the show really great.

Claire Dutton is James Dutton’s widowed sister-in-law and she joins him and his family on a journey to find a new place. She was married to Henry Dutton and had a total of seven children but she lost all of them when her only daughter Mary Abel Dutton dies, she also kills herself, Claire Dutton is played by Dawn Oliveiri. Mary Abel Dutton is Claire and Henry Dutton’s daughter. She was killed when an attack took place by intruders, Mary Abel gets caught and dies from a bullet, she is played by Emma Malouff.

Charles Goodnight is a rancher who hunts thieves, and he is played by Taylor Sheriden.

1883 is available on Paramount and Amazon Prime Video, the series is great if you liked Yellowstone.