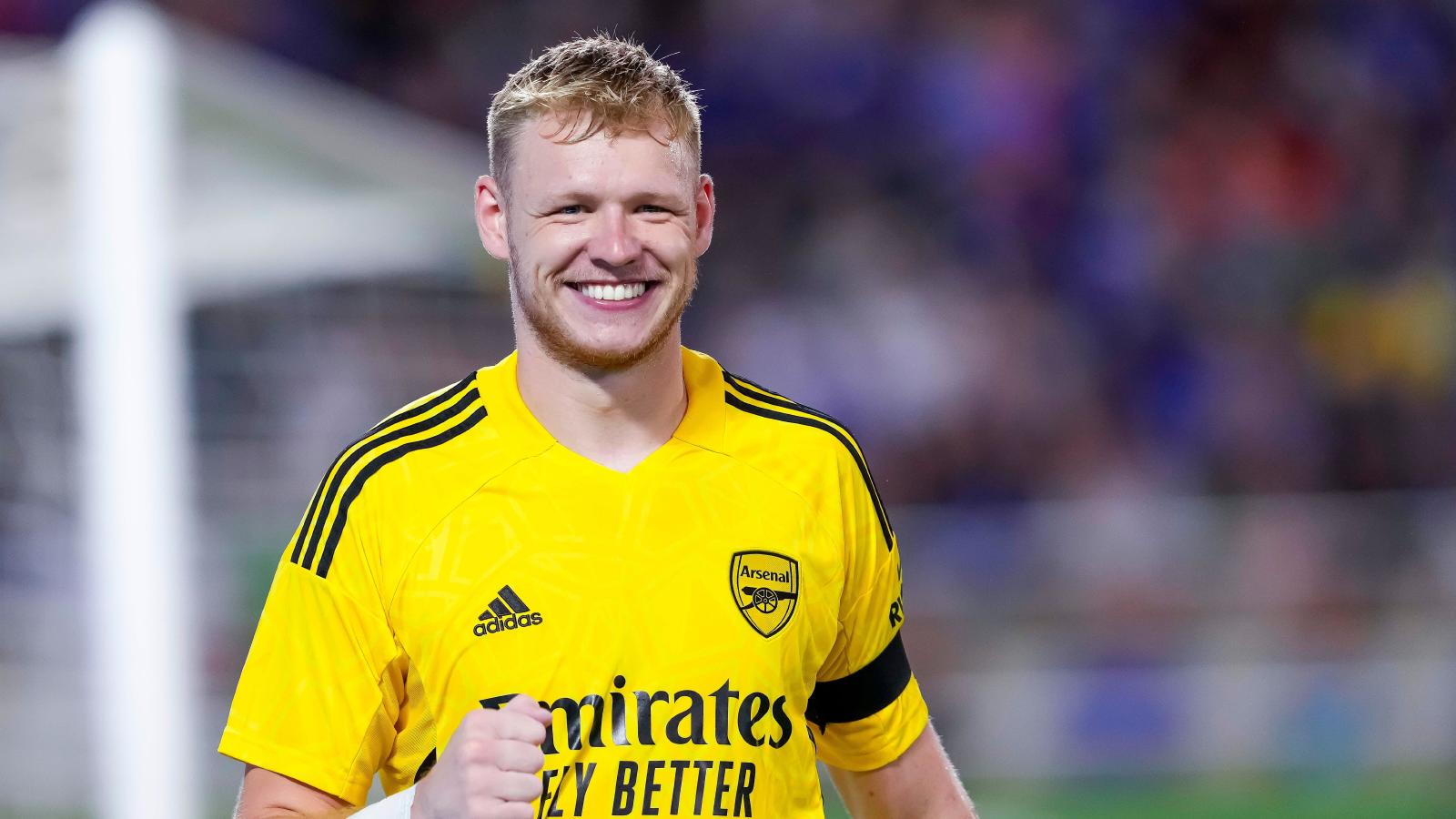 Who Is Aaron Ramsdale Dating?

Aaron Ramsdale has been seen many times with his girlfriend Georgina Irwin. Media pictures of both of them surface on the internet quite a lot, recently they both were seen on a summer date. Aaron Ramsdale does not post on the internet much about his personal life and girlfriends but he also doesn’t shy away from seeing in public with his beau. According to reports Aaron Ramsdale and Georgina Irwin have been dating since 2019 when he was a rookie in his football career. Georgina Irwin was born on April 7 1996 and lives in England. She is a flight attendant for British Airways and also an entrepreneur, she has her own sports apparel company Gymnetix, her company supports mental health and also the environment as Gymnetix is said to be made of cloth from recycled plastic. Georgina Irwin doesn’t really about her private life, so a lot of information about her is not known, but she does have a sister Kayleigh Irwin. Georgina Irwin and Aaron Ramsdale are going strong and have been dating for quite some time now.

MUST-READ: Who Is Bethany Joy Lenz Dating? Who Is Her Partner?

Aaron Ramsdale is a rich player, as he has worked with many high-end clubs, such as Arsenal, etc. He was also the first choice for Goalkeeper. Aaron Ramsdale also became the most expensive player of Arsenal Club in 2021 when he was signed up for a deal of over £30 million. According to some sources he has a net worth of somewhere around £10 million. Aaron Ramsdale drives an Audi R8.

Aaron Christopher Ramsdale was born on 14 May 1998 in Stroke-on-Trent, but he was raised in Chesterton, England. He started playing football when he was in school, and played at a club in Marsh Town, his coach helped Fred Barber helped him in getting a signing deal with Bolton Wanderers.

After playing with Bolton Wanderers, he went on to play with Sheffield United. He first came as a used substitute in the 2015-16 seasons while playing against Coventry City and Scunthorpe United. His professional debut came while the team won 6-0 against Leyton Orient in the FA Cup. In 2017 Aaron Ramsdale signed with AFC Bournemouth for Premier League. He was also loaned out to Chesterfield in the 2017-18 season, and in 2019 he played for AFC Wimbledon, but in August 2020 he returned to Sheffield United. In August 2021 Aaron Ramsdale was signed for Arsenal. He has also represented England at Under-18, Under-19, Under-20, and Under-21.

He first played for England in 2016, then for under-19 in September 2016, and he won the 2017 UEFA European Under-19 Championship, and England Under-20 in August 2017. In 2018 Aaron Ramsdale had the opportunity to play for England Under-20 when he was called by Aidy Boothroyd. In 2021 Aaron Ramsdale showed his skills as Goalkeeper. In May 2021 he was part of Gareth Southgate’s 33-man Provisional Squad when the UEFA Euro 2020 was delayed.

Aaron Ramsdale is a popular person, many people love his game and even his personality, at the age of 24, he has made a lot of names for himself. Aaron Ramsdale is on Instagram as @aaronramsdale and has over 696K followers, and he follows 690 accounts. Recently Aaron Ramsdale revealed that he has been getting a lot of hate comments and hence decided to turn off the comments under his posts on Instagram. Aaron Ramsdale received some hate when he decided to go for Arsenal instead of Sheffield United, for around £30 million. He said that it’s hard being in a toxic environment but he knows his real fans have his back.

MUST READ: Hunter Schafer Net Worth: How Much Is She Earning Annually?