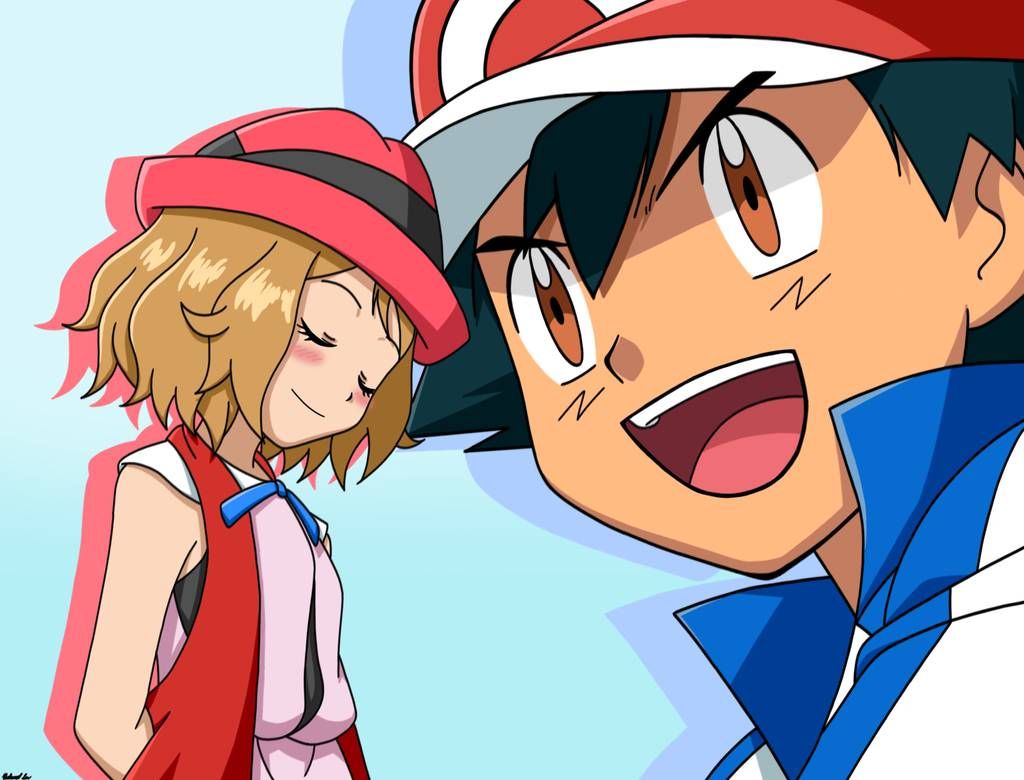 Ash Ketchum is a fictional character in Pokemon. This franchise is owned by Nintendo. Ash Ketchum is also known as Satoshi in Japan. Being a beloved character from Pokemon, he’s the main protagonist in the series. He’s on Pokemon and other manga series as well. Ash’s first appearance was in Pokemon! I choose you! In 1997. This character is voiced by Rika Matsumoto and Hana Takeda in Japanese. Ash is voiced by Veronica Taylor up until season 8 after which he’s voiced by Sarah Natochenny. In the Korean dub of Pokemon, this character is voiced by Choi Deok-ho for the first five seasons and two films. He is later voiced by Lee Seon-ho since six and the later movies

Does Ash Ketchum have a girlfriend?

Throughout the series, Ash Ketchum has had and received a lot of crushes and love attention. One is Serena, who also kisses Ash. She’s ideally the right girl for Ash. However, we have Misty too. Misty is the only one Ash Ketchum returns his feelings to. According to Shudo, it’s said there’s no relationship between Misty and Ash. They have also been seen to like each other. Even though it’s not made official, it has been expressed by both misty and Ash but they were unaware of it.

Ash has always dreamed of becoming a master. He also wants to settle down in Pallet town and open a Pokemon gym with his wife, Misty.

ALSO READ: Why Did Naruto Pass Out In The Snow? What Happens After That?

All Crushes of and for Ash

First, it’s Misty. Both Ash and Misty like each other but we’re mostly unaware of it. This is visible in many episodes, scenes and movies. In the episode, A date with Delcatty, a guy asks out Misty but she says she loves someone else. Misty is also the only one Ash also returns his feelings to.

He is very possessive of the gifts she gives him and doesn’t like others to touch them at any cost, how sweet!

Latias is another beloved character of the Pokemon series and is the protagonist of the Pokemon Heros film. It is also shown there perfectly that  Latias has a crush on Ash Ketchum. In the movies, it is shown many times for it to transform itself into a girl just to take advice from Ash. It has also taken the liberty to even try to kiss him!

After being rescued by Ash, Latias disappears mysteriously and then takes the form of Bianca. When he later meets her, he doesn’t get to know that he had rescued her and thus starts behaving weirdly. At the museum, he weirdly starts to try to reach her and meet her a lot. This makes it look like Ash Ketchum had a crush on Bianca

Melody is the second Protagonist of the Pokemon series. It is unclear if she had a crush on Ash Ketchum. But through someone of her actions and behaviours, it could be true. In the second season, Ash does show some affection toward the pretty melody. This does make Misty jealous

Macy was rescued by our beloved Ash Ketchum. She was a participant in the Johto League. She further develops a huge crush on Ash. This makes Macy in turn to be jealous of Misty too.

ALSO READ: Why Does Shikamaru Rescue Sasuke? How Did He Do It?!

Ash Ketchum met Giselle in the first season. She seemed to be the prettiest and most beautiful girl in the school. So Ash develops a crush on her along with Brock

Chikorita sometimes shows jealousy towards Pikachu! And Pokemons are similar to humans in many ways. Thus bay leaf may be attracted to her trainer, Ash Ketchum for his bravery.

How could we forget Miette! She is also known to be her love rival of Serena. Miette has often shown feelings towards Ash Ketchum. There’s certainly a spark between Miette and Serena for Ash.

Serena probably should’ve been on top of the list right after Misty. She is the female protagonist of the Pokemon series XYZ. The story of Serena and Ash Ketchum goes way back. She met him in Pallet town itself. Once when she got hurt by getting lost in the forest, Ash was the one who helped her and bandaged her. When she was reluctant to stand, he pulled her up and gave her support. That’s when Serena was seen almost hugging him. He took her to the camp later.

Serena clearly shows interest in Ash Ketchum and has a crush on him. She also travels to be with him. Serena also kisses Ash on the lips! In the Japanese show Pokenchi, it is almost shown as if Serena is Ash Ketchum’s girlfriend. It director Yajima also said that they were a few more scenes of kisses planned between them In the later episodes, it was also planned that  Ash takes a step forward to try and talk to her properly.

Ash is said to be a good character. He would make a good boyfriend. But here, it is hard to decide if he will end up with Misty or Serena. The fans do love Serena for her attitude and love towards Ash Ketchum but some do favour Misty and Ash to be together

About Ash Ketchum In Pokemon

Ash Ketchum is one of the best characters in the Pokemon series. They say that he is ageless just like Micky mouse. Ash’s best friend is Pikachu. Second, the best would be Brock and then Dawn. Later come Gary and Misty.

Ash Ketchum As A Character

Ash is the main protagonist in the series of Pokemon. He is best known for his strength. He regains his strength. One strong point is that he can lift Pokemon like a paper bag even though he weighs over 100 pounds. Ash Ketchum is based on Red from the original run. Thus Ash is a strong character and loves Pikachu.

Ash Ketchum is a character from Pokemon that has stolen the hearts of many fans, especially girls. Throughout the run of the show, he has gotten a lot of female attention and has returned some as well. Since he also had a daughter with Misty, we love her. And Serena is no less, she’s a sweetheart and loves Ketchum with all her heart. So Ash Ketchum has been dreaming of becoming a master for a long now. He’s also dreamt of settling in Pallet town while opening a Pokemon gym with his wife, Misty.

Being a beloved character of Pokemon, Ash Ketchum has inspired many children from all over the world to be like him. Ash is a very kind man with a lot of strength and powers. This has made the kids desire to be like him. Thus, being like Ash means being a kind guy who rescues those in distress. Ash Ketchum and his tales with Pikachu have entertained so many children throughout their childhood. There are many young adults, who still rewatch episodes of Pokemon just to feel happy as this was once their favourite cartoon.

Ash Ketchum has surely entertained many kids and also made them desire to be like him. Ash had dreamt of settling down finally with his wife Misty who is another beloved character of Pokemon. Both of them together would make a power duo as they would be super strong and powerful.

As many children take their favourite cartoon characters as their idols, many have taken Ash Ketchum too. But being like Ash only means being more kinder towards others and rescuing those in distress. They would’ve also tried to find someone like Pikachu to have a cute and loyal friend.

MUST-READ: Does Naruto Teach Boruto Sage Mode? If Yes, Why Didn’t He Use It?